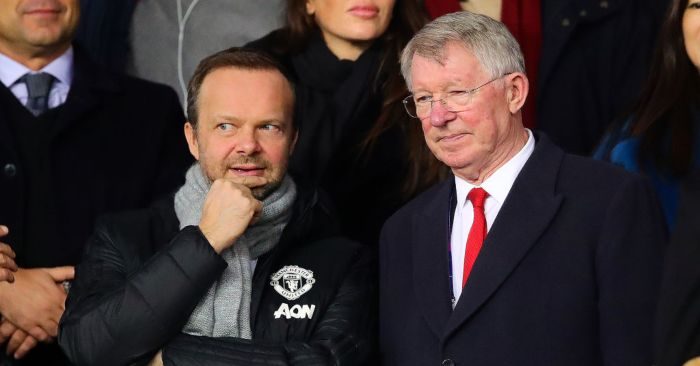 Carroll signing
Daily Mail, August 5: ‘Andy Carroll will not be making an emotional return to his boyhood club Newcastle after manager Steve Bruce insisted he is happy with his strikeforce.’

Love, Ashley
Speaking of Andy Carroll, David Coverdale of The Sun believes this to be ‘a PR masterstroke by Toon owner Mike Ashley’.

‘Anti-Ashley campaign groups have been calling for fans to boycott this weekend’s game at St James’ Park.

‘But the signing of their former No9 – who could be paraded on the pitch at the Gunners game – might persuade a few dissenters to change their plans.’

It seems unlikely that thousands of disillusioned supporters will be won over by the signing of a free agent on a pay-as-you-play deal. Or perhaps they will flock to Tyneside at the weekend – oblivious of the fact they’re facing Arsenal – to watch Andy Carroll hobble around a pitch about a month before he’s actually fit to play.

What a ‘masterstroke’ from Big Mike.

Ed issue
That pales in comparison to what Ed Woodward has done this summer, mind.

Let Martin Samuel of the Daily Mail fill you in:

‘As usual, the transfer window ended with Manchester United fans up in arms about Ed Woodward.

‘Yet the £72million from Inter Milan for Romelu Lukaku was a decent bit of business.’

It doesn’t sound like a particularly ‘decent bit of business’. Certainly not for a former chartered accountant.

‘The Italians wanted to pay close to £20m less but United held firm – and Lukaku’s impact at Old Trafford has been so underwhelming they may even turn a profit.’

That’s how transfer negotiations work. United themselves wanted to pay close to £20m less for Harry Maguire, and about half what they eventually gave Crystal Palace for Aaron Wan-Bissaka. In that case, were either of those deals ‘a decent bit of business’ by Woodward?

And how can United possibly ‘turn a profit’?

‘Part of Lukaku’s deal on joining from Everton was that United would have to pay £5m every time he scored 25 league goals in his first three seasons so, with totals of 16, 12 and tatty-bye everybody, that’s £15m saved already.’

Praise Ed Woodward for a striker failing to activate the clauses he himself negotiated. What a businessman. He’s ‘saved’ United £15m there.

Anyway, United paid an initial £75m that could have risen to £90m. Sure, ‘that’s £15m saved already’, but that £75m is still more than what Inter have paid or will pay either way.

Reports from the Daily Telegraph suggest Inter have paid ‘an initial £64.7m with a further £9.2m payable in add ons’. So United will at least, at best, make a loss of £1.1m. At worst, a player with 27 and 15 goals respectively in two seasons has been sold to a club who desperately wanted him for a loss of £10.3m. With no replacement, too.

Yet we are told this was a ‘hard sell’, and that Woodward ‘deserves credit’ and ‘did well to get a return’.

No, no and indeed no.

The blame game
Samuel is also in the Daily Mail defending Derby’s move for Wayne Rooney, which has been partially funded by bookmaker 32Red:

‘And Derby are going to find a way to recruit and reward Rooney that allows them to circumvent the Football League’s tax on ambition, in the form of financial fair play regulations.’

‘So everybody’s at it. Not in a way that is crooked or illegal, they are at it because running a business often requires owner investment and promotion does, too, but the Football League are no friends to clubs who think big.’

Yeah, curse the Football League and their ‘tax on ambition’. Don’t they realise that ‘running a business often require owner investment and promotion does, too’? Just why are they ‘no friends to clubs who think big’?

Elsewhere in the Daily Mail, some fella called Martin Samuel is digging out Bury for financial malpractice:

‘Yet United paying the extortionate going rate for a sought-after centre half, or an agent securing his fee to facilitate a complex sequence of transfers, is not the reason Bury are struggling. They spent money they did not have to finance a promotion they could not afford. Bury got it horribly wrong.’

Yeah, curse Bury for getting it ‘horribly wrong’. Don’t they realise that ‘they spent money they did not have to finance a promotion they could not afford’?

Grade stuff
The best thing about the deadline having finally passed is that transfer window grades can be issued by Sky Sports.

It is unfortunately the sensible Alan Smith on duty, although he naturally throws up a couple of questionable calls:

* Crystal Palace, whose most expensive signing of the summer was Jordan Ayew, and whose best player is completely and utterly disillusioned after failing to join their second-best player in leaving, get a higher grade (B) than Brighton, Burnley, Liverpool, Newcastle and Southampton.

* No club gets anything lower than a C.

* Manchester City are praised for deciding not to ‘add furiously’ to their squad, whatever that means.

This is all arbitrary, of course. Perhaps he was busy calling out The Sun on their sh*t?

Go West
Charlie Nicholas is on Premier League predictions duty for Sky Sports, but can’t resist giving out a transfer judgement of his own.

West Ham have apparently ‘lost their best player’ in Marko Arnautovic, and ‘have pitched highly for players they want to sign and were threatening in the market, only for it not to materialise.’

‘I like Manuel Pellegrini and he did a great job last season, but I don’t think he’s done the business in the transfer window,’ Nicholas adds of a side who shattered their transfer record on Sebastian Haller, spent £24m on Pablo Fornals and offloaded the disruptive Arnautovic while keeping Declan Rice, Issa Diop and pretty much everyone else.

For a club that was busying itself signing Jordan Hugill and Patrice Evra 18 months ago, that doesn’t sound too bad.

And there goes Mediawatch’s idea that he joined from Juventus for more than £60m to sit on the bench and twiddle his thumbs.