Home All The News World Cup permutations: Who needs what to qualify… 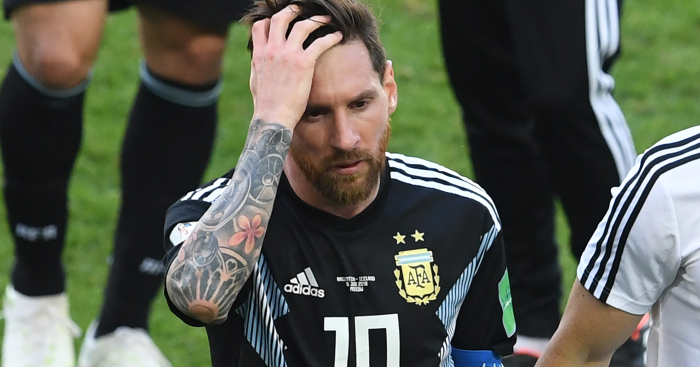 Spain and Portugal secured their qualification from World Cup Group B on Monday to join Group A pair Uruguay and Russia in the knockout stages.

Here, Press Association Sport looks at the state of play in the remaining groups, with Argentina and Germany having work to do and England battling with Belgium to top Group G.

Leaders France area already through but will want to beat Denmark on Tuesday to take top spot in style, although a draw would also keep them clear. Australia need to beat bottom side Peru and hope Denmark lose to France, and also need at least a two-goal swing in their favour.

Argentina need to win against Nigeria on Tuesday and hope Iceland do not beat Croatia, who have already qualified. A win for Nigeria would see them qualify and even a draw would be good enough unless Iceland win by at least two clear goals.

Brazil would be safely through with a win or a draw against Serbia and will top the group unless Switzerland better their result, or match it with a better goal margin – the Selecao’s goal difference is currently one better. A draw with already-eliminated Costa Rica would be enough for Switzerland and defeat could still see them qualify if Serbia also lose. A win would take Serbia through and a draw could be enough if Switzerland lose by two.

Mexico need only a draw against Sweden on Wednesday while a win would see them top the group with maximum points. Germany, who face bottom side South Korea, need to at least match Sweden’s result. Draws in both games would see qualification determined by goals scored. Identical records would then see Germany go through on head-to-head record having beaten Sweden 2-1.

England and Belgium will battle it out for group honours on Thursday after a 6-1 victory against Panama saw Gareth Southgate’s men make it two wins from as many matches. With Belgium also winning their first two matches both teams are on six points and with identical records on goal difference and goals scored. A draw in the final group game would see the leaders decided by fair play rules or by drawing of lots.

Japan need only draw with Poland, who have been eliminated, to progress to the next round. Senegal and Colombia play off with the winner qualifying, while a draw will be enough for the African side – or could see both through if Japan were to lose.