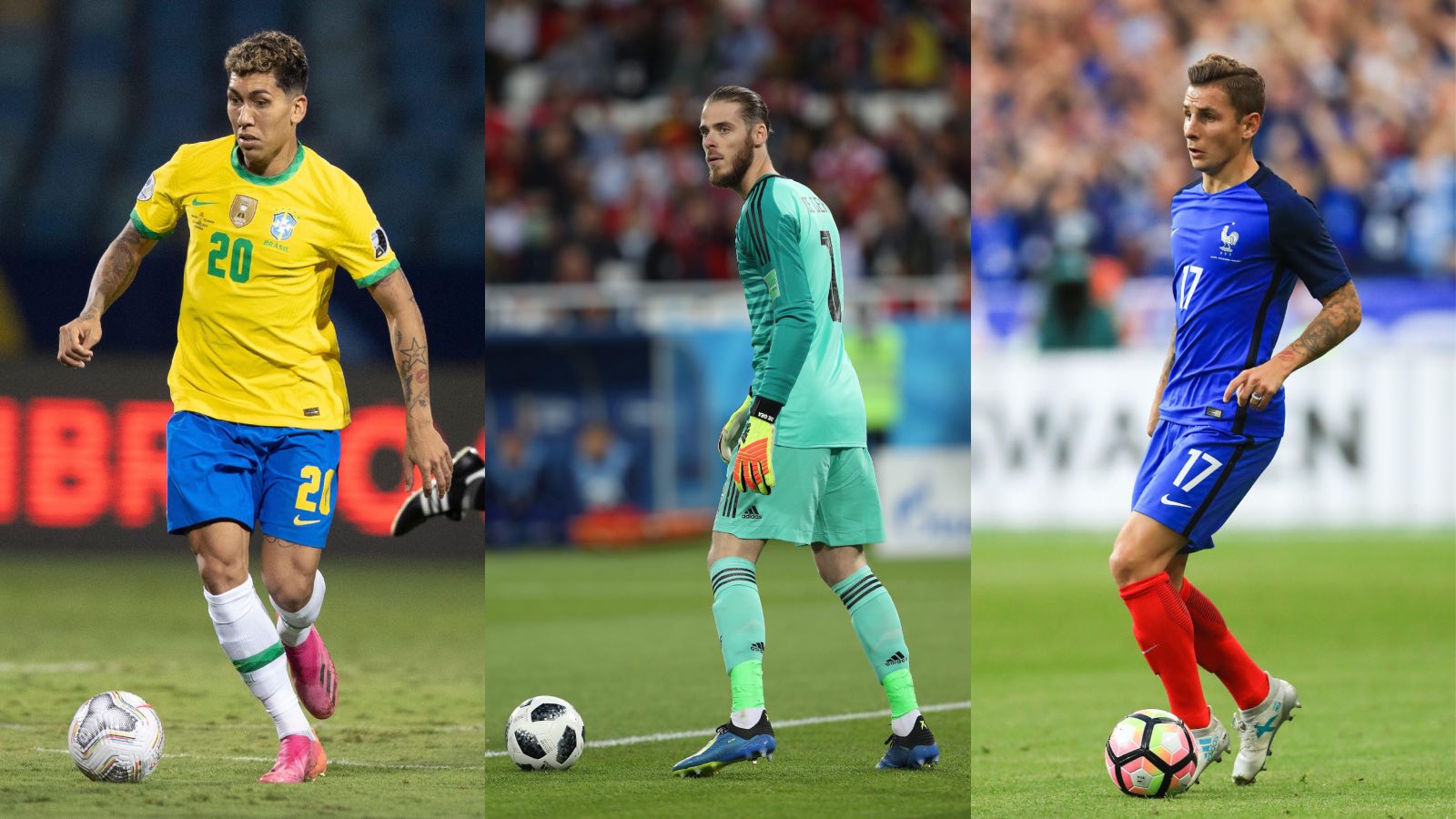 These guys won’t be going to the World Cup and can instead put their feet up by the fire watching many of their club team-mates slugging it out in 35 degree heat. Doesn’t sound so bad.

Here are the 831 players that are going and here’s an XI of Premier League players that have been left behind (yes, we’re playing a diamond midfield and no, we don’t really have a right-back)…

GK: David De Gea
Manchester United’s player of the season hasn’t played for his country for over two years with Unai Simon of Athletic Bilbao the No.1 and fellow Premier League stoppers Robert Sanchez and David Raya getting the nod ahead of him.

Asked to explain De Gea’s omission, Spain boss Luis Enrique said: “A goalkeeper should start the play and generate the first superiority. I need a goalkeeper that transmits peace and calmness to me.” Loosely translated: De Gea is sh*t with his feet.

RB: Sven Botman
Arguably the key component of a back four that’s conceded the fewest goals in the Premier League this season, the Netherlands must have some bloody good centre-backs for Louis van Gaal to leave Botman out of the squad. And fair enough, Virgil van Dijk, Stefan de Vrij, Mathijs de Ligt and Nathan Ake is a pretty extraordinary group.

Newcastle are comfortably the best off of any of the clubs vying for a top four finish with just five of their players heading to Qatar, and two of the England lads unlikely to play much, if at all.

CB: Gabriel Magalhaes
Yet to be capped by Brazil, Gabriel would be wise to meddle with Thiago Silva’s medication. The Arsenal defender couldn’t have done much more to catch Tite’s eye this season, but like Botman, he’s got stiff competition for his place with Marquinhos, Eder Militao and Bremer ahead of him in the pecking order.

CB: Joel Matip
Citing the chaos in the Cameroon Football Federation (FecaFoot), Matip retired from international football in 2017 but wanted to return to his national side ahead of Qatar. Legendary striker and famously spiky character Samuel Eto’o, who now heads FecaFoot, vehemently blocked the Liverpool star’s return saying, “This is a national team, we don’t tolerate people who think they are Special Ones.”

LB: Lucas Digne
Digne’s young son and daughter were videoed dancing around and singing “daddy he stays with us” in French after it was announced the left-back wouldn’t be going to the World Cup, which was presumably 80 per cent adorable and 20 per cent galling for the Aston Villa star, who will hope the living room trolling doesn’t continue over the next month.

It must be a pretty bitter pill to swallow for Digne, who wasn’t selected for the last World Cup and has been in every squad since when fit.

DM: Douglas Luiz
Handed the last of nine international caps just over a year ago, it’s no great surprise that the Villa man was left out of Tite’s squad. But then it may well have been different had Luiz got his move to table-toppers Arsenal before the end of the transfer window.

And that Brazilian midfield is perhaps the point of weakness if there is one for the tournament favourites, with Fred, and Fabinho, who’s looked more like Fred than Fabinho this season, making the cut.

CM: Thiago Alcantara
The Liverpool man made four substitute appearances for Spain at Euro 2020, scoring in the penalty shootout defeat to Italy in semi-final, but hasn’t featured since.

Thiago has existed as a Spain international between the great team of a decade ago and what they hope will be the next, with the nation’s hopes resting on a pair of special Barcelona midfielders in Gavi and Pedri, who will be looking to emulate the previous special duo of Xavi and Andres Iniesta, rather than Thiago, who’s failed to do anything of note in comparison.

CM: James Ward-Prowse
He’s arguably better than anyone in the squad over a free-kick and could bang in a penalty, which perhaps should have been more of a consideration given the fifth-choice central midfielder is unlikely to be playing all that much. Conor Gallagher over a penalty in a shoot-out against France is already giving us the willies.

AM: Philip Billing
The 26-year-old can sit contentedly at home in the knowledge that he couldn’t have done more to force his way into the Denmark squad. He’s scored four Premier League goals from midfield to keep Bournemouth, yes Bournemouth, clear of the relegation zone by Christmas. The Brentford Danes have scuppered him.

ST: Roberto Firmino
Having been a linchpin not just of the Brazil squad but the starting XI since the last World Cup, injury hampered his selection for the qualifiers for Qatar and he’s not managed to force his way back into the reckoning. It’s a particular shame given he’s been showing close to his best for Liverpool this season while others have faltered.

ST: Ivan Toney
It must have been a close call between Toney and Callum Wilson, and you’ve got to wonder whether Gareth Southgate immediately regretted his decision as the penalty specialist’s brace secured victory for Brentford over Manchester City on Saturday. ‘If Harry Kane’s not playing we’re f***ed anyway,’ Southgate mused.

Read more: Ranking the Premier League clubs on how badly they are affected by the World Cup