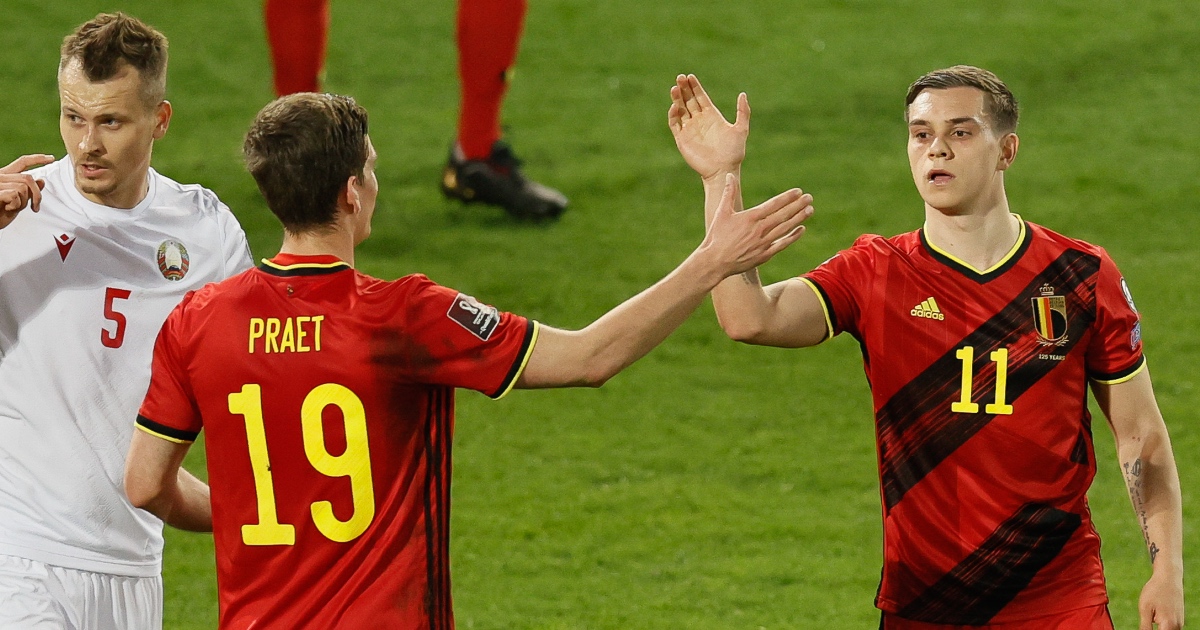 Belgium hit eight in a ruthless destruction of Belarus in World Cup qualifying.

Belgium are three points ahead of the Czech Republic at the top of Group E after the latter’s 1-0 defeat by Wales.

Both sides were down to 10 men, with Patrik Schick sent off for the Czechs and Connor Roberts for Wales, when Daniel James headed in Gareth Bale’s cross in the 81st minute.

Cristiano Ronaldo was on the scoresheet three days after storming off the pitch against Serbia.

The Portugal captain was furious to have been denied what would have been a winning goal on Saturday when officials failed to spot his shot had crossed the line and headed for the tunnel before the final whistle.

Luxembourg took a shock lead on Tuesday through Gerson Rodrigues but Liverpool’s Diogo Jota pulled Portugal level just before half-time, Ronaldo put them ahead and Joao Palhinha secured a 3-1 victory.

Fulham’s Aleksandar Mitrovic scored twice as Serbia defeated Azerbaijan 2-1 to stay level with Portugal at the top of Group A. Mitrovic’s first was cancelled out by Emin Makhmudov’s penalty, but he struck again with his fifth goal in six days to secure victory.

Gibraltar were hit for seven by Holland in Group G. It was only 1-0 at half-time, Steven Berghuis netting in the 41st minute, but the goals flew in after the break, including three in four minutes.

Holland are one point behind Turkey, who were held to a 3-3 draw by Latvia.

Turkey led through goals from Kenan Karaman and Hakan Calhanoglu before Roberts Savalnieks pulled one back. Burak Yilmaz restored the two-goal advantage but goals from Roberts Uldrikis and Davis Ikaunieks secured a point for Latvia.

Norway sit level on points with Holland, Alexander Sorloth scoring the only goal of their 1-0 victory over Montenegro.

Things are tight at the top of Group H after victories for Slovakia and Croatia.

Slovakia were 2-1 winners over Russia. Milan Skriniar put the hosts ahead but Mario Fernandes looked like he might have claimed a point for Russia when he equalised in the 71st minute, only for Robert Mak to grab the winner.

Croatia were comfortable 3-0 winners over Malta, Ivan Perisic, Luka Modric and Josip Brekalo netting in the second half.

Ioannis Pittas scored the only goal as Cyprus claimed a shock 1-0 victory over Slovenia.