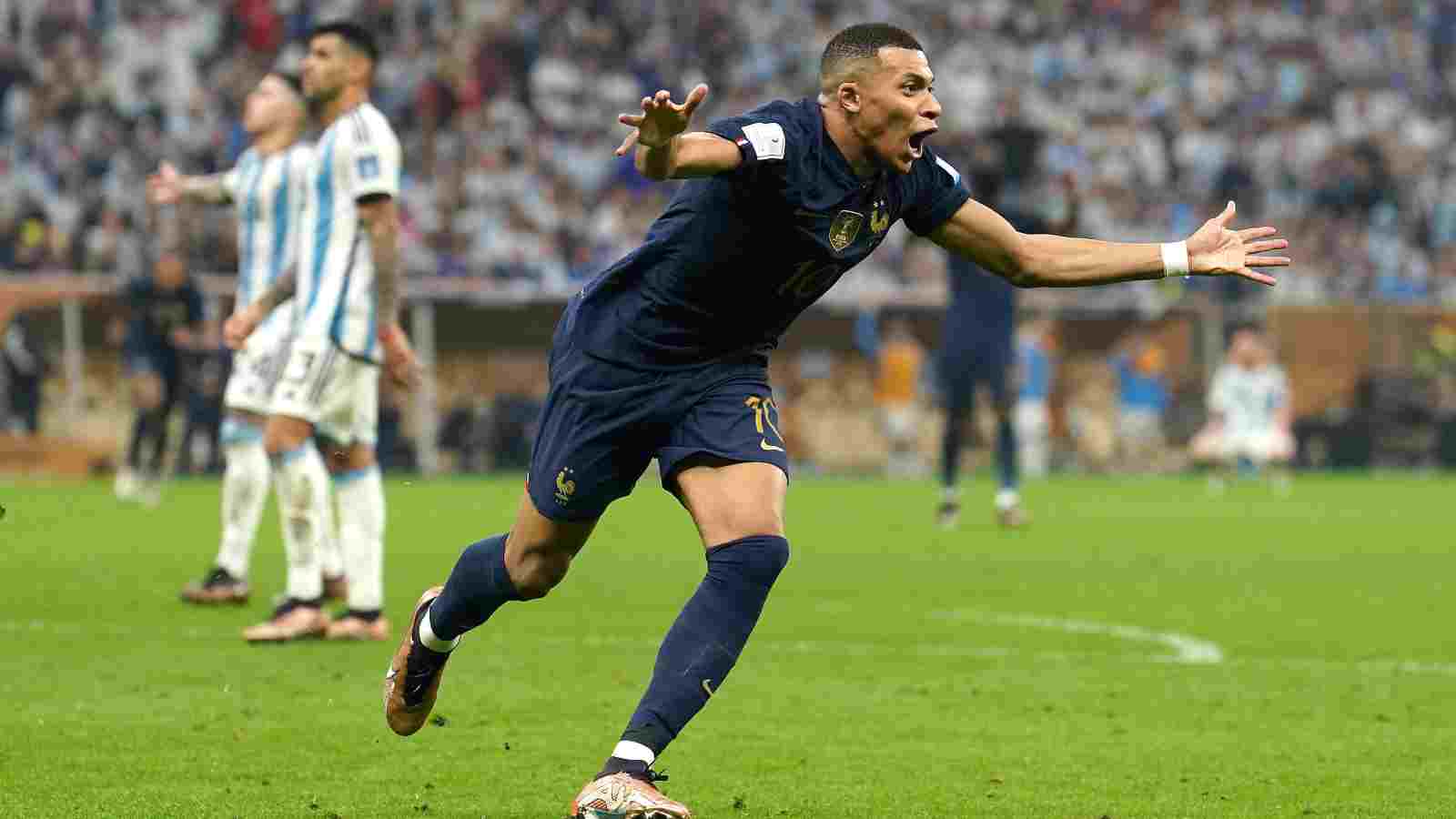 Quite a few World Cup records were broken in Qatar and others are edging closer. Most of them ought to be by Kylian Mbappe but there are a few other candidates.

While these ten World Cup records are surely safe forever, there are some markers which are begging to be beaten at the highest level.

Inspired somewhat by this list of Premier League records that are likely to fall soon, here are the World Cup benchmarks which seem most in danger.

Most different World Cup tournaments played in (5)
Since Mexico goalkeeper Antonio Carbajal set the benchmark by playing at five tournaments between 1950 and 1966, two of his countrymen and three other relative unknowns have joined him. Rafael Marquez (2002-2018) and Andres Guardado (2006-2022) know their way around a World Cup, while Lothar Matthaus (1982-1998), Cristiano Ronaldo and Lionel Messi (both 2006-2022) have been known to indulge in a spot of Jules Rimet.

Xherdan Shaqiri could feasibly match them, with the 31-year-old mainstay of a Switzerland side which rarely misses the finals having ticked off World Cup number four in Qatar. Kylian Mbappe is on his second at 23; Jamal Musiala, Jude Bellingham and Gavi all made their bows as teenagers in Qatar and would only be in their mid-30s by the time of the intergalactic World Cup – their fifth – in 2038. The Metaverse World Cup in 2042 would theoretically be Gavi’s sixth at 37.

Most different World Cup tournaments scored in (5)
Cristiano Ronaldo had already scored at a historic fifth World Cup by the time he started trying to claim the goals of his teammates. The Portuguese stood alongside Pele, Uwe Seeler, Miroslav Klose and Lionel Messi by scoring against Iran in 2006, North Korea in 2010, Ghana in 2014 and Spain and Morocco in 2018, with his penalty against Ghana sending him clear.

It’s the boring answer but Mbappe, who is already ahead of Ronaldo for total World Cup goals, has netted in two different tournaments and at 23 is in the perfect position to make it to five.

Most World Cup matches played (26)
Twelve players have made at least 20 appearances at World Cups. The podium trio of Paolo Maldini (23), Miroslav Klose (24) and Lothar Matthaus (25) had not been challenged for some time until this tournament, but Lionel Messi drew level with Matthaus in Argentina’s semi-final win over Croatia and then broke the record in the final.

Most World Cup goals scored (16)
Miroslav Klose edged past Ronaldo by scoring in Germany’s semi-final shellacking of Brazil in 2014. Before that pair, Gerd Muller, Just Fontaine, Sandor Kocsis, Ademir and Guillermo Stabile had set the record before. Again, it is not difficult to envisage Kylian Mbappe improving sufficiently on his 12 goals in 14 games at 23.

Most World Cup wins (18)
This one has already been ticked off by Lionel Messi, whose victory over Croatia was his 18th and took him ahead of Germany’s Miroslav Klose.

Only player to score a World Cup goal in his teens, his twenties and his thirties
Mmhmm. Kylian Mbappe has World Cup goals aged 19 and 23. Lionel Messi beware.

Most World Cup penalties scored (4)
It wasn’t only Wayne Rooney’s England goals record Harry Kane equalled against France before ballooning the chance to break it. He joins Eusebio, Rob Rensenbrink and Gabriel Batistuta on four non-shootout penalties scored. Then Lionel Messi joined him with his penalty in the World Cup final. Mbappe is already on two, of course.

Youngest World Cup player
For more than 40 years now, Norman Whiteside has held this title for his Northern Ireland debut against Yugoslavia at Spain ’82. The midfielder was 17 years and 41 days at the time. Samuel Eto’o (Cameroon, 1998), Femi Opabunmi (Nigeria, 2002), Salomon Olembe (Cameroon, 1998), Pele (Brazil, 1958), Bartholomew Ogbeche (Nigeria, 2002) and Rigobert Song (Cameroon, 1994) are the only other players to feature at a World Cup at 17. But with the extension to 48 teams, as well as the rampant proliferation of talent identification and development around the world, it seems fair to suggest an already unreasonably low bar will be dropped further in due course.

Youngest World Cup captain
And at 21 years and 109 days old when he skippered the United States against Czechoslovakia at Italia ’90, Tony Meola’s long-standing record as youngest captain would thus be in jeopardy.

Fastest World Cup hat-trick
The fall of these next few records are rather more dependent on speculation based on changing trends and the maddening upcoming alteration of the format, instead of specific challengers and predictions. A case in point is the World Cup’s fastest hat-trick, which Laszlo Kiss still possesses from his performance for Hungary against El Salvador in 1982.

Seven minutes and 42 seconds is a decent benchmark – and it has lasted for more than four decades – but there is considerable room to manoeuvre. There have been five quicker trebles in Premier League history and Gabriel Agbonlahor and Andy Carroll were responsible for one of those each.

Fastest World Cup goal
Everyone remembers where they were when Hakan Sukur scored after 11 seconds for Turkey against South Korea in the ludicrous 2002 third-place play-off (breaking stuff in my grandma’s house by being really bad at football). Vaclav Masek had the previous record at 16 seconds for Czechoslovakia against Mexico in 1962 and honestly that feels pretty lackadaisical compared to some of those lightning domestic starts.

Most goals scored by a substitute in a World Cup match
What made that Kiss so deadly in 1982 is that he scored his three goals from the bench, introduced for Andras Torocsik in the 55th minute at 5-0. El Salvador, who arrived in Spain three days before the tournament kicked off, with their country gripped by civil war, did not handle the change well.

With 48 teams qualifying from 2026 onwards, the quality gulfs and dead rubbers should see Norway hammer Guatemala with Erling Haaland bagging four at some point.