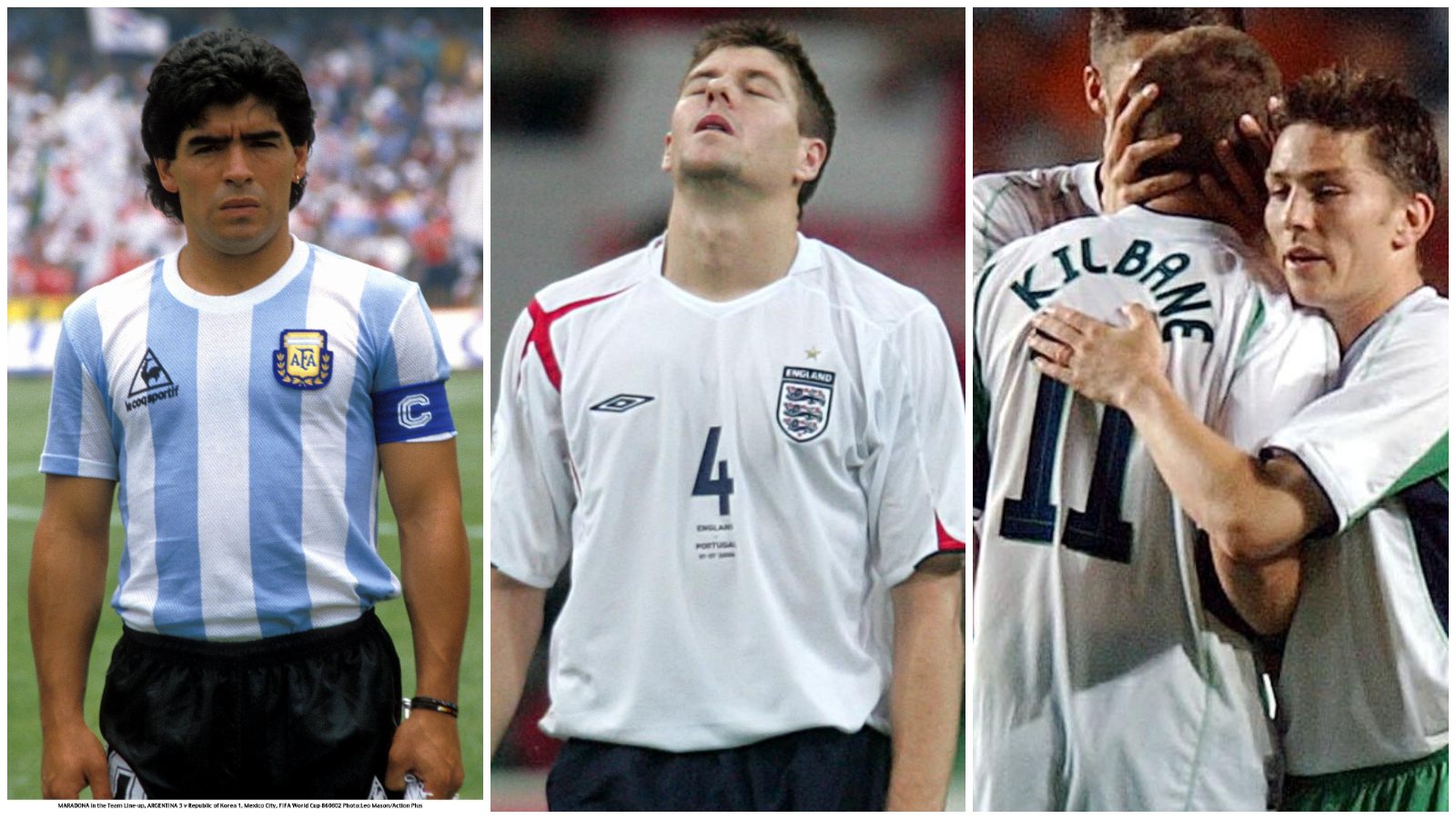 Japan and Spain were awful when put on the spot in Qatar. We look at the worst penalty shoot-outs in World Cup history. Even Maradona felt the pressure…

Japan were knocked out of the World Cup in anti-climatic fashion after missing three kicks in a shambolic shoot-out with Croatia, and then Spain befell the same fate v Morocco. They were the 31st and 32nd games at a World Cup finals to go to penalties and the eighth and ninth in which at least half the attempts were unsuccessful.

1990, quarter-finals: Argentina 3-2 Yugoslavia after 0-0 draw
Even the great Diego Maradona wasn’t immune to the pressure of a shoot-out. Argentina’s No.10 was one of five players to miss in Florence after Yugoslavia played all but the first 31 minutes of a goalless draw a man light following Refik Sabanadzovic’s red card. Maradona’s was an awful penalty too. Fortunately for Argentina, Sergio Goycoechea saved two kicks to seal a place in the semi-finals.

Yugoslavia, playing with 10 men for 90 minutes, took Argentina to penalties in Florence.

2002, last 16: Spain 3-2 Republic of Ireland after 1-1 draw
Mick McCarthy took the Boys in Green to the brink of the quarter-finals after having more possession than Spain – 55% – 45% – in Suwon, South Korea. But the Irish couldn’t get over the line, missing three successive penalties after Ian Harte had missed from the spot during normal time. Spain’s were little better, with Juanfran and Juan Carlos Valeron both missing the target while Gaizka Mendieta’s kick to win it was hardly convincing.

2006, quarter-finals: Portugal 3-1 England after 0-0 draw
England didn’t get to their fifth taker after three out of their first four missed against Portugal in Gelsenkirchen. Ricardo became the first keeper in World Cup history to save three penalties when he denied Frank Lampard, Steven Gerrard and Jamie Carragher after England had lost David Beckham to injury and Wayne Rooney to a red card in normal time. Carragher scored his at the first attempt but failed upon being told to retake.

2014, last 16: Brazil 3-2 Chile after 1-1 draw
Julio Cesar was the hero for the hosts, making two saves as Brazil squeezed into the quarter-finals. Cesar, who’s spent the previous season on loan from QPR at Toronto FC, saved from Mauricio Pinilla and Alexis Sanchez before Gonzalo Jara hit the post, as it seemed destiny was on Brazil’s side. Then they lost Neymar to injury in the quarter-finals and while they held a vigil for their fallen star, Germany put seven past them in the semi-finals.

2018, last 16: Croatia 3-2 Denmark after 1-1 draw
Luka Modric had the chance to avoid all the penalty unpleasantness but the Croatia star saw his extra-time penalty saved by Kasper Schmeichel. The Denmark keeper saved two more in the shoot-out but Croatia counterpart Danijel Subasic went one better, diverting Christian Eriksen’s opener on to the post before blocking the Danes’ last two kicks, each p*ss-poor attempts.

1994, last 16: Bulgaria 3-1 Mexico after 1-1 draw
Alberto Garcia Aspe scored from the spot in regulation time at Giants Stadium in New Jersey but the midfielder was one of three to miss in the shoot-out after 3ft 8in Jorge Campos had got Mexico off to a fine start by denying Krasimir Balakov. Garcia Aspe bit the bar before the wigged Boris Mihaylov saved the next two Mexican efforts to set up a quarter-final against Germany.

2006, last 16: Ukraine 3-0 Switzerland after 0-0 draw
This was the only shoot-out in finals history where one team has failed to score any of their attempts (until Spain had a mare in Qatar), which came at the end of what The Guardian called ‘the dullest game in World Cup history’. Andriy Shevchenko and Marco Streller missed the first two kicks before Ukraine finally got their acts together. Switzerland did not…