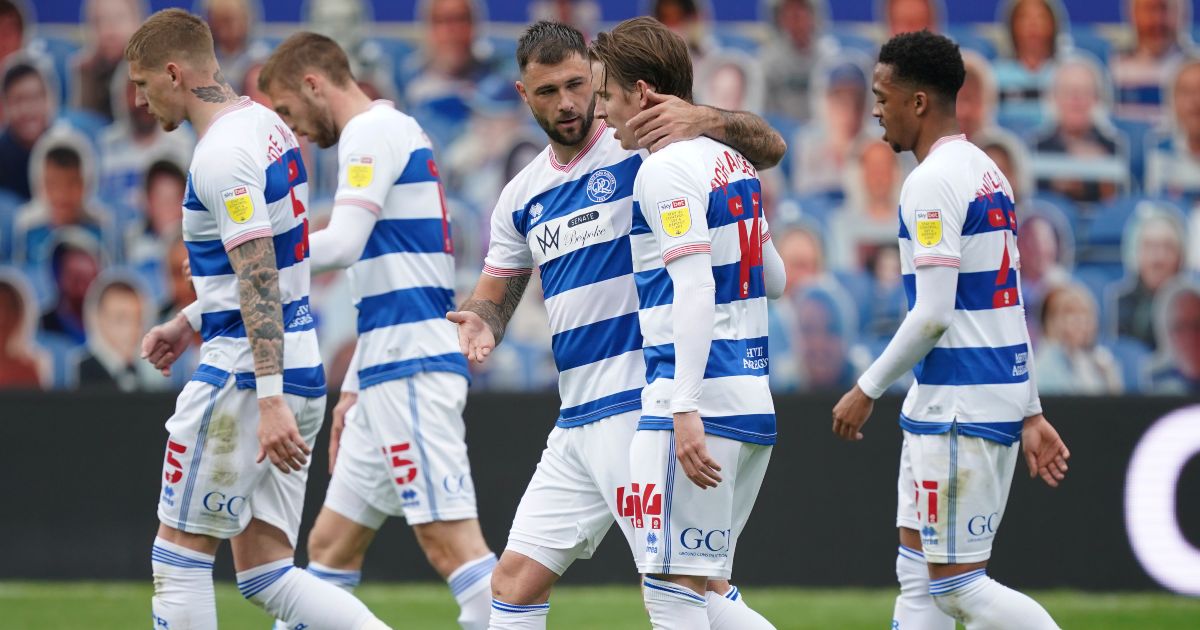 This time a decade ago, QPR were preparing for a four-year stretch of being everything that they are now not. It may not be as glamorous in the hooped corner of west London in 2021, but there are many more reasons to be happy.

Not so long ago viewed as somewhere between the place for a last big pay-day and a retirement home, Loftus Road now operates under the good name of the Kiyan Prince Foundation Stadium, and plenty more about the club is of similarly well-intentioned ilk.

Under Mark Warburton’s tutelage, they have become a very commendable outfit, on and off the pitch. In the coronavirus-ridden 2020/21 campaign, the Londoners turned themselves from bottom-half fodder into one of the best of the rest after the top six. Continue that trajectory and they will be dark horses for next season, and very much not of the Turkey variety.

That dark time which brought so much confusion in the hierarchy and a pissing contest to bring in bigger and floppier names – Rio Ferdinand, Jose Bosingwa, Christopher Samba, Julio Cesar, Esteban Granero et al each poorer than the last – was supposed to signal a bright future for the Londoners, but all it brought was capital punishment.

How to get promoted, courtesy of QPR’s crazy ‘four-year plan’ documentary

Nowadays, their side is littered with far less spectacular names, but it is a team which brings so much pride to an extremely loyal, diverse and tightknit fanbase.

Already this summer, Rangers’ business has seen them trim deadwood like Macauley Bonne and Paul Smyth – both of whom are excellent bits of business for their respective clubs Ipswich Town and Leyton Orient – and bring in far less glamourous names than in summers of yore.

Charlie Austin is the standout – a superb six-month loan spell back with his former employers in the second half of last season suggested a mutually beneficial permanent switch back was in everybody’s best interests – while Sam Field too returns in midfield after impressing on a lesser scale, with youngster Andre Dozzell taking the next step in potentially emulating his dad and fellow midfielder Jason in a seven-figure move to west London.

In striker Austin, who scored eight times in 21 appearances after a largely misfiring 18-month stint with West Bromwich Albion, QPR have a cheat code to a potential 20-goal-a-season striker, his previous scintillating affiliation with the club a huge factor in his re-arrival in W12.

In Field and Dozzell, a continuation of the transfer policy in the last half -decade looks likely to prosper: young, talented players, one struggling to establish himself in the division above, the other shining brightly in the division below, but both crucially wishing to prove themselves in the second tier.

Add that to the silkiness of Ilias Chair, the consistent rocks at the back in the form of Jordy de Wijs and Yoann Barbet and the young stars in Niko Hamalaine, George Thomas and forward Charlie Kelman amongst many others, and the future is brighter than ever for QPR, and certainly more positive than many of their troubled Championship opponents.

Last season was of a largely poorer-than-average quality at this level, and if we say that every year, there was the caveat that players at this level should have played better without the pressure of fans inside stadiums, but this summer seems set to see some of the Championship’s biggest performers – Arnaut Danjuma, Kieffer Moore, Andre Ayew and the rest – depart for bigger and better things.

QPR are unlikely to see any of their star performers leave the club this summer, while Warburton is happy and settled in west London. A club which went through dozens of signings in consecutive summers in the last decade now has one of the most settled squads and backroom staffs in the top two divisions of English football.

There are still roughly six weeks between now and the season starting, but there is little for QPR to fear. In the last few seasons, they have looked more likely to leave the Championship via the back route. Expectations are not widely so high as to suggest they will win promotion, but they are giving themselves every chance with one of the easiest summers of the 24 Championship clubs ahead of them.

The hard work has been done in the last couple of years to restore the image and faith that was so badly shaken at the start of the 2010s. The 2020s have started poorly for so many reasons the world over, but for QPR, it looks like being the start of potentially something worthwhile and beautiful.

From a famed and failed ‘Four Year Plan’ to four years of little drama and hijinks in this blue-and-white corner of London, Queens Park Rangers have every reason to be cheerful about the future. Ten years ago it felt impossible, but the return of fans will see the return of pride in every corner of the stadium. In another decade’s time, the benefits of this stability could still be reaped. The turnaround has been seismic.