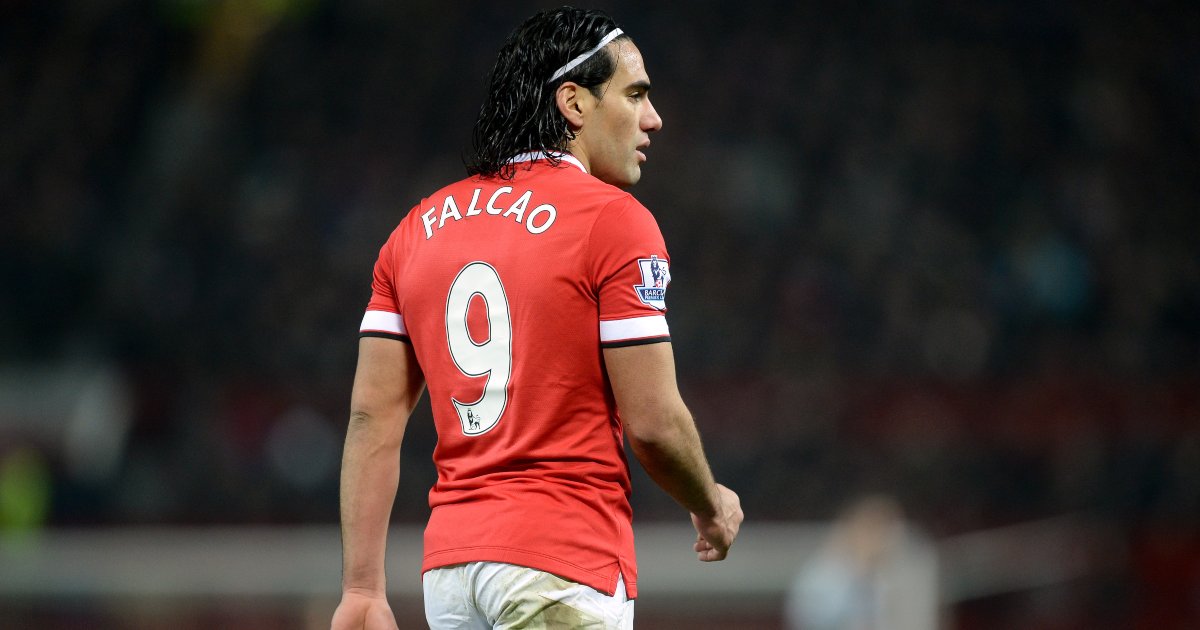 Not all loan deals work out. Here’s an XI of dreadful or just plain weird loan transfers. Just to give this hapless team even less chance in any hypothetical match they might be forced to play, we’re sending them out in a hopelessly unbalanced and narrow 3-4-3 and hoping for the best while expecting the worst. Which is, in its way, only fitting.

The good ones are here…

Goalkeeper: Andy Goram (Manchester United)
Got to admire anyone who has the nickname ‘Goalie’. Not so much bad as flat-out bizarre, Goram was signed by Sir Alex Ferguson during a keeper crisis that saw United potentially without the services of both Fabien Barthez and Raimond van der Gouw through injury. The 36-year-old Goram was recruited as cover, initially believing the phone call from Sir Fergie was Ally McCoist pissing about. Which, to be fair, does seem a more likely scenario than the alternative. Yet it was indeed Fergie who made the call – and promptly got told to f*** off by an unconvinced Goram. It was all sorted out in the end, though. He made two appearances for United, was subbed in both – an eye-catching achievement for a keeper, albeit more to do with getting Van der Gouw a league winner’s medal than any slight on Goram – before moving on to Hamilton Academical.

Centre-half: Roque Junior (Leeds)
A World Cup-winning centre-half who had played in the previous season’s Champions League final? What on earth could possibly go wrong? For Roque Junior and Leeds, pretty much everything. His first game was a 4-0 defeat to Leicester, before being sent off while conceding a penalty in a 2-0 loss against Birmingham. His last Premier League game for Leeds was a fitting send-off: a 6-1 defeat to Portsmouth. In all, Leeds conceded 24 goals during his seven top-flight appearances.

Centre-half: Steven Caulker (Liverpool)
Brought in during January to provide cover for an injury-hit Liverpool defence (you can put your own banters here if you like), Caulker’s loan spell at Liverpool is best remembered for his substitute cameos as a makeshift striker. After six appearances, the one-cap, one-goal England international’s loan move was not made permanent.

Centre-half: Eliaquim Mangala (Everton)
Fair to say it never quite worked out for Mangala at Manchester City, but his Etihad career certainly bettered his Everton one. In his first Premier League game for Everton, the Toffees lost 5-1 to Arsenal. In his second he injured his knee and never played for Everton – or indeed City – ever again.

Midfield: Kim Kallstrom (Arsenal)
Back in January 2014, Arsenal were just a point behind Premier League leaders Manchester City and, with deadline day approaching, were on the hunt for an attacking star to propel their title tilt with Jack Wilshere injured. Julian Draxler’s name was mentioned, an outlandish swoop for Luis Suarez was touted. Instead, Arsenal signed Kim Kallstrom on loan from Spartak Moscow despite the minor issue of him having just bust his back while training with Spartak on a beach. Arsenal signed him anyway, he played four games, and they finished fourth back in the days when that was familiar but unacceptably disastrous for the Gunners.

Midfield: Ignacio Gonzalez (Newcastle)
Brought in “behind my back” according to then-Newcastle boss Kevin Keegan, who was so enraged he resigned a few days later citing Gonzalez’s signing as one of the reasons. There were reports Dennis Wise sanctioned the deal having watched the player only on YouTube and with an eye on greasing the wheel to bring in further, presumably less shonky, South American imports in the future. Gonzalez played twice for Newcastle.

Midfield: David Pizarro (Manchester City)
Left Roma for City on the final day of the 2012 winter window, reuniting the Chilean midfielder with his former boss Roberto Mancini. Made just five appearances. “I had no intention of leaving AS Roma even in January,” he said at the end of his time in Manchester. “But I had a bad relationship with Luis Enrique and then when Mancini called I accepted. It was all very sudden. Now, I’m going on vacation, and then I’ll return to Rome. I hope to finish my European career at AS Roma, I still have a one-year contract, and I’m very motivated.” Moved to Fiorentina on a free transfer a month later.

Midfielder: Ricky Alvarez (Sunderland)
Other loanees have flopped as hard as or harder than Alvarez, but few have been so costly, Sunderland eventually paying out close to £20m after five years of legal wrangling over the terms of the permanent signing written into the loan contract. After an injury-plagued year on Wearside brought 11 appearances and a single goal, Sunderland believed those injuries negated their obligation to sign Alvarez permanently. Inter disagreed. Eventually, Sunderland had to cough up to Inter, and pay Alvarez for lost earnings during his career limbo when neither side were willing to have him in their squad before he was finally declared a free agent. A one-year loan that takes five years of legal battles to finally sort out at eye-watering expense takes some beating.

Forward: Jese (Stoke)
Signing a Barca academy graduate from PSG on loan was quite a thing for Stoke to be doing. Alas, he spent most of the season in a huff, went AWOL when granted compassionate leave, and argued on the pitch with Charlie Adam about who should take penalties.

Forward: Alexandre Pato (Chelsea)
We’ll be honest, we’d completely forgotten this had even happened until writing this. Everyone else involved probably wishes they could do the same.

Forward: Radamel Falcao (Manchester United and Chelsea)
Two for the price of one after his spells with Manchester United and Chelsea. There are, of course, so many strikers vying for this spot and not all of them West Ham or Newcastle signings either. But Falcao’s previously high levels combined with underwhelming loan spells at not one but two of England’s very biggest clubs mean he is a shoo-in really. Despite scoring just four goals in 28 Premier League appearances for United in 2014/15, Chelsea decided to take their own gamble on the formerly prolific former Porto and Atletico Madrid striker the following season. He scored one goal in 10 Premier League appearances for Chelsea. Which is officially Not Good.