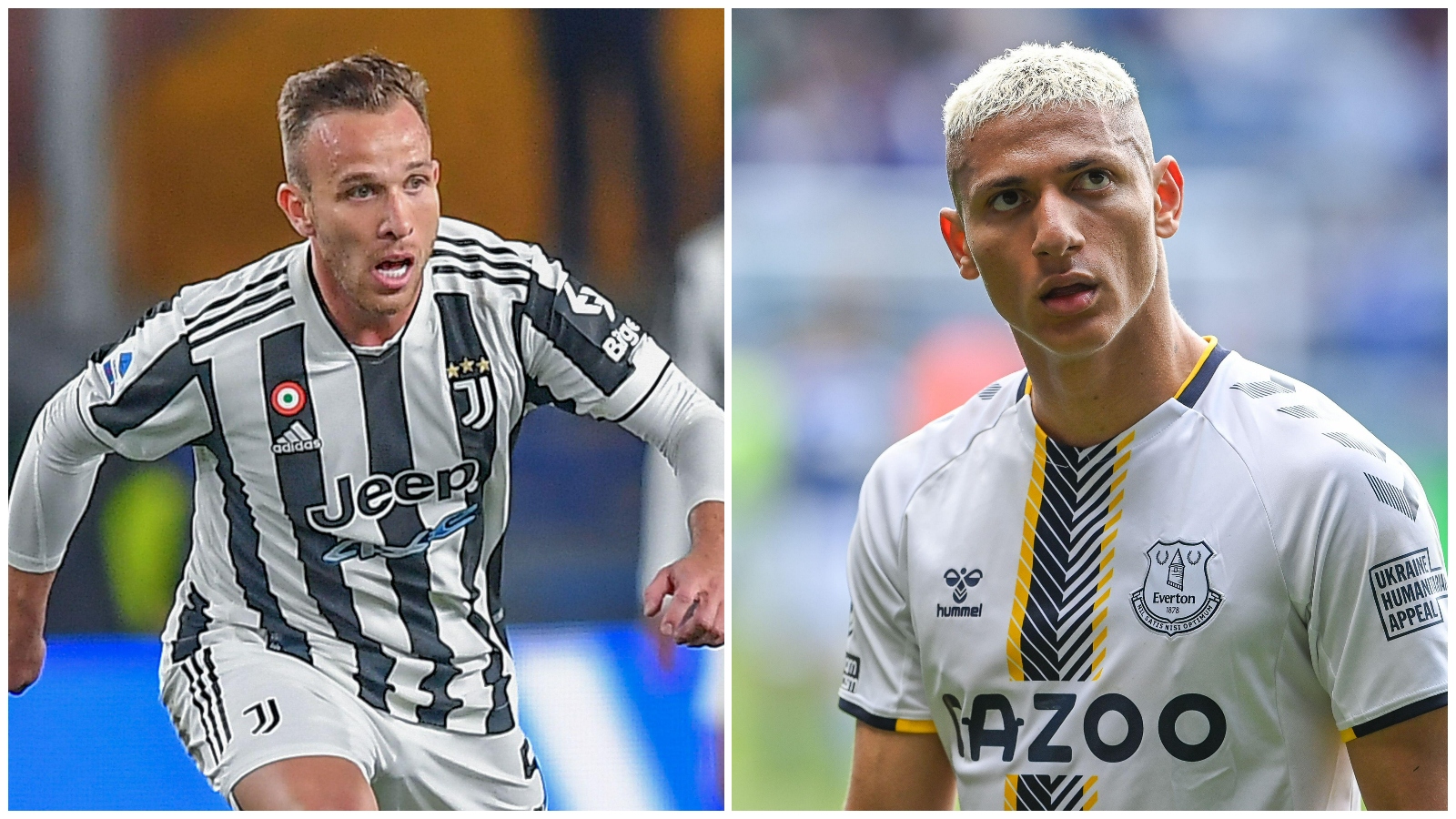 The Premier League ‘Big Six’ have the most money to spend, meaning there is more chance of them signing a gargantuan flop. It is bound to happen. Here is a potential flop per club that has been linked with a summer transfer.

Arsenal: Arthur (Juventus)
The Gunners were keen on signing Arthur in January as Mikel Arteta sought some more midfield depth. Technical director Edu thought he had worked his magic and struck an 18-month loan deal with an option to buy for €40million until Arteta basically said: “Nah, you’re alright.”

Mohamed Elneny has been excellent in Thomas Partey’s absence and Arsenal fans have now forgotten about Arthur. Reports since the January window closed suggest that Arsenal could go back in for the Juventus man, but they absolutely should avoid this deal.

Arthur lacks the physicality to be a success in the Premier League and there are much better options out there for the fee being mentioned: Youri Tielemans and Houssem Aouar for starters.

Chelsea: Presnel Kimpembe (PSG)
Kimpembe has been eyed as Chelsea’s replacement for Antonio Rudiger, which would 100% be a downgrade.

Perhaps this is just a personal opinion and a lot of football fans will think I am being outrageously stupid, but the 26-year-old centre-half has not really impressed me. Kimpembe is rash, poor with his weak foot and seems easily replaceable in the PSG starting XI.

In fairness to him, he starts near enough every game for France, so it really depends whose opinion matters more to you: mine or one-time World Cup-winning player and manager, Didier Deschamps.

Reports on Friday claimed that Chelsea have agreed a deal to sign Ivan Perisic – who is out of contract at the end of the season – which is also a bit of an odd deal that doesn’t make too much sense. But he will be free and can offer some pretty good experience. Although with Christian Pulisic struggling for game time, it’s hard to see a place for Perisic.

Jules Kounde, Presnel Kimpembe and Jose Gimenez are all of interest to #Chelsea and Thomas Tuchel.

Dybala is a good player, but it is hard to imagine him in the Premier League and even harder to imagine him playing for heavy metal, gegenpressing Liverpool.

Thanks to fbref I was able to back up my argument, which is always handy. While his passing statistics are literally ridiculous, he lacks on all pressure fronts and is overall not great defensively. It is hard to envisage Dybala in the Liverpool team. He is not your natural winger/inside forward that Klopp utilises and doesn’t have the presence to lead the line in a Roberto Firmino mould. People probably said the very same about Diogo Jota, so I’d be happy for Dybala to go ahead and prove me wrong.

Manchester City: Cody Gakpo (PSV)
Gakpo looks like a top talent, but he would be wasted on Manchester City – who don’t tend to make too many errors in the transfer market. Gakpo is destined for the Premier League and will be hoping to have a different fate than Memphis Depay, who joined Manchester United from PSV in 2015.

23-year-old Gakpo has been electrifying this term, scoring 12 and assisting 13 in 26 Eredivisie matches as his side ran Ajax close for the league title.

He has bags of potential and by no means am I saying he would flop (despite the opening paragraph), but he should look elsewhere with City reportedly interested. Otherwise, his career could hit a standstill.

The Toffees splashed the cash after the Brazilian forward scored a colossal five goals in 41 games for Watford. He has a respectable goalscoring record for Everton, netting 52 in 151. Is he the player to take United to the next level and is he worth the reported £50m Everton are asking for? No. Probably not.

The Red Devils need a successful window now more than ever after years and years of terrible purchases. It is a huge summer for the club and Erik ten Hag, who will likely swerve Richarlison with Darwin Nunez reportedly very keen on a move to Old Trafford.

Richarlison is a player Man Utd have discussed internally since March and is on the list. It’s up to Ten Hag to decide who he wants at Man Utd. No decision has been made yet. [@FabrizioRomano]

Tottenham: Joakim Maehle (Atalanta)
This is a bit random, as are the club’s links to Sofyan Amrabat, but Maehle does not seem like the right sort of player to improve Antonio Conte’s backline. He does suit the style that Conte plays as he is much better going forward than he is defensively; but that’s just the problem, the Danish international would definitely struggle in England’s top flight.

Spurs are rumoured to be planning an €18m move for Maehle, whose departure would have ‘no repercussions’ for his current club, Atalanta, as per Il Giornale. The same report claims the wing-back has ‘struggled to keep up with Robin Gosens and Davide Zappacosta in the last 18 months’. Yes, that Davide Zappacosta.

My friends at fbref have helped my case out as well, showing that Maehle is pretty poor at tackling, pressures, interceptions and clearances. Pretty much all the essentials for a defender, really.