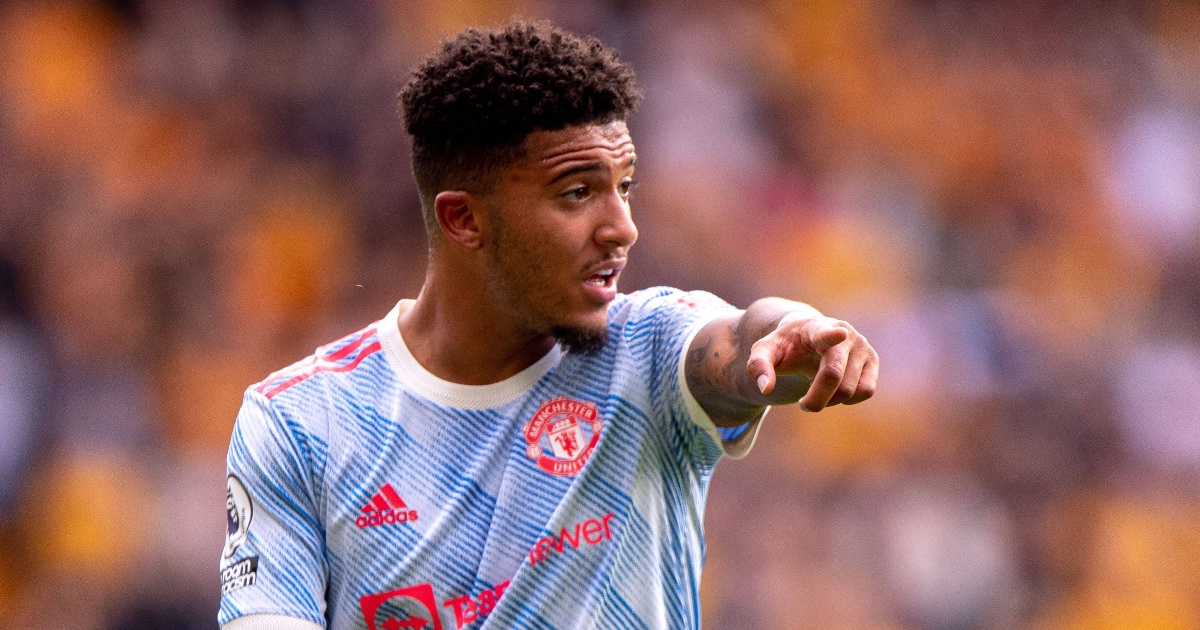 There have now been eight different Arsenal players in just three weeks of worst XIs, but a Manchester United star has ‘come home’ (not that one) and failed to draw attention from the other one.

Goalkeeper: Jose Sa (Wolves)
While the lad at the other end exhibited wrists of steel to deny Romain Saiss, Wolves’ new No.1 – who’s looked fairly solid in the opening two games – failed to deal with the power of Mason Greenwood’s smash as Manchester United grabbed all three points. Rui Patricio was inconspicuous through much of his time at Molineux, which is never a bad thing for a goalkeeper. They may miss him more than we thought.

Right-back: Cedric Soares (Arsenal)
It would be far too kind to call it an attempted clearance. Bernardo Silva played a very tame ball into the box which required either a control and pass out of the danger area, or a volleyed clearance. Instead Cedric delicately directed the ball away from his fellow defenders and into the path of Ferran Torres. It’s hard to tell exactly what the priority should be for Arsenal in the next day or so, but a right-back would be nice.

Centre-back: Jamaal Lascelles (Newcastle)
Lascelles’ second appearance on the trot in the worst XI. The Newcastle defence was all over the place in general, but there was an incredible lack of organisation and leadership throughout, for which the skipper must take a big slice of culpability. He brought down Adam Armstrong for Southampton’s injury-time penalty and got a kick in the chops from his goalkeeper for the trouble. A rotten afternoon in a rotten season so far.

Centre-back: Sead Kolasinac (Arsenal)
Hands up who thought Kolasinac had played his last game for Arsenal. Hands up who laughed due either to schadenfreude, sheer bemusement or because crying gets you nowhere at seeing the Bosnian playing at centre-back against Manchester City. He made no tackles, no blocks, made one clearance and played 12 passes in 90 minutes. No need for the hands to go up again – that was surely his last game for Arsenal.

You have to seriously question the mental fortitude of a man who sends a talent like William Saliba out on loan to gain experience before lining up with a back three of Sead Kolašinac, Rob Holding and Callum Chambers.

Left-back: Jakub Moder (Brighton)
Moder is one of many versatile assets at Graham Potter’s disposal. He played in defensive midfield on the opening day, attacking midfield in their second game of the season and made his first start of the campaign as a left wing-back on Saturday, spending most of the afternoon chasing Andros Townsend back towards his own goal.

Central midfield: Lees Melou (Norwich)
It could just as easily have been Billy Gilmour instead, but the Chelsea loanee won four tackles to Lees Melou’s one and made nearly twice as many passes. Only Teemu Pukki (16) and Jamie Vardy (19) had fewer touches than the Frenchman (29).

Central midfield: Granit Xhaka (Arsenal)
Xhaka was adamant that the critics wouldn’t “kill” Arsenal after their 2-0 defeat to Chelsea. He can do that himself, thank you very much. It was a very daft tackle; you simply can’t jump into a challenge like that. For someone who oozes intelligence and class at his best (generally for Switzerland), he sure does frequently drift into the realms of idiocy.

Central midfield: Adam Lallana (Brighton)
Yves Bissouma is a wonderful footballer and he was great again against Everton on Saturday, but even he struggled with Lallana as his defensive midfield partner. We’re all for Potter’s style of football, but Brighton really struggled against the speed of the Toffees counter-attack and they may need to give Bissouma a more all-action partner in similar situations in the future. Lallana is lots of things, but defensively sound he is not.

Forward: Jadon Sancho (Manchester United)
Sancho’s Premier League debut, you say? Boring – we want CR7. It wasn’t quite like that, but there was no great fanfare for their star signing after the announcement of the arrival of the starrier star signing. Sancho had the opportunity to make us all forget about Cristiano Ronaldo for 90 minutes, but it was the returning hero’s name being sung as Sancho watched from the bench for the last 20 minutes, as his side improved in his absence. His one moment of note was a cushioned header to set up one of many presentable Wolves chances. The 21-year-old’s Premier League bow has been something of a damp squib thus far.

Centre-forward: Pierre-Emerick Aubameyang (Arsenal)
No-one starting the game at the Etihad had fewer touches than Aubameyang (14), which we probably could have called before kick-off. He had one of the seven Arsenal touches in the opposition box; Manchester City had 57 in the Gunners area. It’s not really his fault and he can’t be expected to do it on his own, but Aubameyang of two years ago would have created at least something from nothing.

Forward: Moussa Djenepo (Southampton)
It was easier to score, he’s done well to get it over the bar from there etc etc. The Saints fans will have left St James’ Park in high spirits after their last-gasp equaliser, but they really should have won this game comfortably and Djenepo definitely should have scored that one from a couple of yards out and probably another soon after.