Home Mailbox Would Pep have fared any better with City’s lucky escapes? 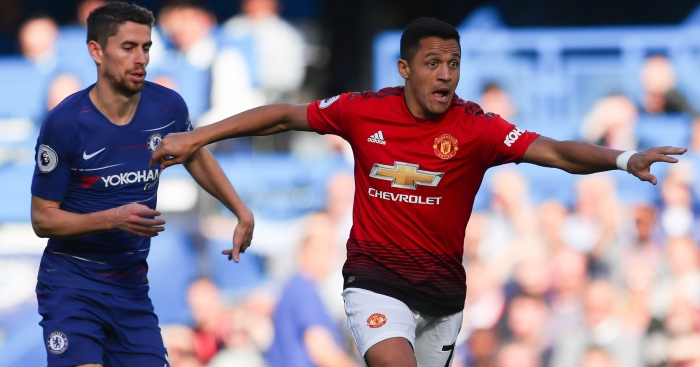 Dodged bullets
Man City’s last four major transfer targets were: Mahrez, Sanchez, Fred, and Jorginho. Out of these City clearly only landed Mahrez, who although not exactly setting the world alight has done ok (and is likely to come good in his second season- as Sane, B Silva, Gundogan, Stones etc all did). The other 3 have not worked out at all at their other clubs. Jorginho has been very much a mixed bag and is not really working as Sarri’s system wants him to. The other 2 have been unmitigated disasters which even Solskjaer can’t save.

I find this genuinely extraordinary. City pursued all 3 of them very hard and were willing to pay big money for them, and all 3 went to rival top 6 clubs, and they have mostly been rubbish. I can’t get my head round it- Did City dodge a massive bullet with all 3 of them? Are Pep’s coaching skills hugely better than the other teams? Would they have worked in City’s system but are not suited to Chelsea or United’s? Was Pep just plain wrong and they are actually sh!te….?
Ben B, MCFC

AMF
I wrote in last week in response to Jonny Nic’s article sharing my disgust at Spurs selling tickets at upwards of £70 when they can’t fill Wembley. Whilst Jonny’s article this week and his dream of rebalancing football is a noble one, it surely won’t happen as most of us are too tired/depressed/passive to take the necessary action. As Jonny has himself stated, football is our escape and can we really just disassociate ourselves from it whilst still living the grind of our daily lives? Local amateur sides won’t hold the emotional engagement of most fans.

In addition to my own anger at being a potential cash cow for my club, the minimal pay a high number of club staff undoubtedly receive is another bug bear. A quick Google search indicates Man Utd have 922 employees. If we put some finger in the air numbers together and give the lowest paid quarter of these employees a £5,000 per year pay rise we cost the club a little over £1million annually. That is a ludicrously small amount to make a huge change to the lives and well being of your employees.

…As much as I would like to see less of the obscene money that has corrupted football from something that always felt for ‘us’ to something far more for ’them’ it won’t be because the UK subscription market plummets, even in protest if not generally apathy or cost saving.

It’s the foreign broadcast rights where the money is made….Middle East, Asia and the US markets are vast and sadly I really don’t think people in Singapore, Dubai or New York care too much about John Nich’s or anyone else’s desire for a levelling of the playing field. They want to see the PL as its marketed, bells, whistles the lot.
Dan Mallerman

FA Cup Hornets’ nest
I notice in your FA Cup Conclusions that you made reference to Javi Gracia and his team selections in the FA cup. I appreciate it wasn’t really a negative or positive, more just a ‘musing’. But it got me thinking, it is easy to slag off managers of seemingly safe teams who focus more on the FA cup than the league as the season draws towards it conclusion (I have seen many experts on TV do just that), but the last Watford manager to have a good cup run was Quique Sanchez Flores who led the team to safe mid table and an FA Cup Semi final. Now during the latter stages of the season the league form did drop off and of course Flores was sacked. It is clear that the board didn’t take into account the good FA Cup run when considering the success of Flores as manager, so the question is why should the managers give it any priority?

Now if Flores had won the cup I am sure he wouldn’t be sacked, but the reality is they probably wont. History tells us that one of Chelsea, Utd or City will now go on to win it. So why should Javi Gracia give it any consideration when he knows that getting to a Wembley semi is worth nothing if the league form drops away? He will continue to make lots of changes because his board have made it clear than finishing 9th and going out of the cup is worth more than finishing 11th/12th and getting to a semi final.
Kamado_jim

ABP
ABL? Not me. Here’s a list of teams I’d rather Liverpool won the league than:

Down with deadwood
For the love of all things sacred can we just stop with the use of the word “deadwood” in mailbox entries. Unless we are discussing a root and branch review of playing staff and deadwood pops up as a pun. Besides the fact these are individuals in current employment (with contracts that run many years) the last I checked you can’t just take a footballer you don’t fancy anymore, out back and lob them in the skip. Incidentally I just learned from google that deadwood that is not cleared away contributes to wildfires – if a club clears all their “deadwood” are they transfires?
Mark. Dublin (something something Monday)