Home Mediawatch Would Tim Sherwood have taken Tottenham to the CL final? 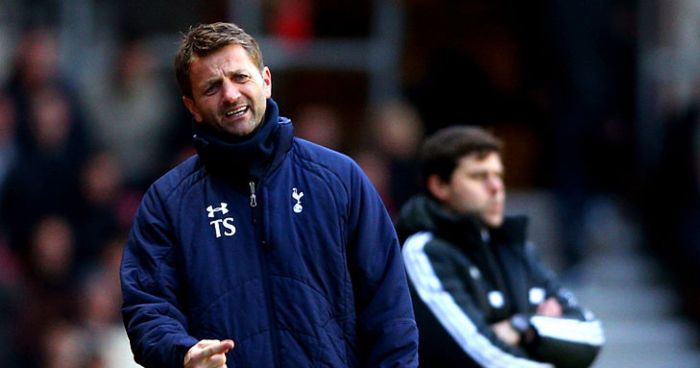 One touch
‘From the Special One to the Charming One’ – Paul Jiggins, The Sun, first paragraph.

‘The Special One has suddenly become the Sycophantic One’ – Paul Jiggins, The Sun, final paragraph.

Enjoyed the excellent Stephen Warnock on @5liveSport saying that "every TV game is televised" tonight.

Stephen Warnock gave his thoughts on Mauricio Pochettino’s sacking on Wednesday evening. And the fun started with a simple question as to whether he felt his demise was justified:

“For me, yes, because he’s won nothing.”

“He hasn’t progressed the club.”

He took a side managed by Tim Sherwood, captained by Michael Dawson and sixth behind Everton to their four best Premier League seasons ever based on points and a literal, actual Champions League final, on the back of making no signings whatsoever for 18 months.

It went wrong. They are 14th. There was justification for his sacking. But “he hasn’t progressed the club” is, frankly, b*llocks.

Well he finished above Klopp in three of the four full Premier League seasons they managed against one another, and above Guardiola in one of three. And both speak incredibly highly of him and the work he did at Tottenham. He matched them, if not bettered them at times, for long enough on a much smaller budget, never mind failing to “emulate” them.

Also, if Moussa Sissoko’s armpit hadn’t got in the way in the first minute of the Champions League final, would we be suggesting months later that Klopp “hadn’t progressed the club because he’s won nothing”?

“Then I look at the buys that he’s made. I don’t think he’s bought well.”

Absolutely. Just look at the period between January 2018 and June 2019, for example. It’s as if he signed no-one. And that it’s definitely not him making or even dictating the signings.

“For me, the club’s declined – not…sorry, not the club, the team has got worse than what it was when he first joined in the first couple of years.”

Now, if you’re stating that the club has declined from the standard of his “first couple of years”, that’s fair enough. But then you have to take into account that he took them to that standard himself. So he clearly did progress them.

But if you’re saying the club has declined from when he first joined, that is just demonstrably untrue. They went from last-16 Europa League exit to close Champions League final in half a decade. Tim Sherwood might not have managed that.

Jermaine man
From one Aston Villa alumnus to another, Jermaine Jenas is the Daily Mirror‘s ‘straight-talking columnist’ – which does rather beg the question as to what kind of talking the rest of them are doing – and he has something on his mind. Something extra, in fact.

‘The biggest question is can Harry Kane play for Jose? I look at his past strikers – Drogba, Milito, Lukaku. He has always had creators around them.’

Mediawatch has about 427 bigger questions concerning Jose Mourinho at Tottenham than ‘can this elite striker play for this elite manager who tends to quite like elite central strikers’. But do go on.

‘There are not many I fear for in that Spurs forward line. But Kane will have to find something extra. He has been below par for Spurs since the start of the season. He may have to offer something more than simply scoring goals.’

Well those players listed – Drogba, Milito and Lukaku – did/do considerably less than Kane in terms of dropping deeper and creating for teammates. So what is this ‘something extra’? whis ‘something more than simply scoring goals’?

The point about being ‘below par’ is fair – if anything he’s been relatively poor for even longer than this season – but he still has ten goals in 15 games this campaign and at least 20 in every season since 2014/15.

That ‘fear’ seems a little misplaced.

First, he ‘was spotted in deep talks’ with Harry Kane. Yep. Well noticed.

Next, he ‘was seen getting right up close to the action’ and ‘getting stuck in’. Did he leave Eric Dier in a heap?

Third, he ‘walked onto the training ground with clipboard in hand – and he seems armed with ideas’. Said clipboard ‘already seemed thick and containing plenty of plans for his very first training session’.

Fourth is that he had a conversation with Dele Alli. That is it.

And finally, Mourinho ‘was seen giving his players a drinks break to stay hydrated during their training session’. What an absolute gent. ‘But he was keen to stay close by and take the chance for a casual chat with his players.’

Man lets athletes have a drink and engages in friendly chat.

Mediawatch gets the sense that the things you ‘noticed’ correlate directly with pictures you have the rights to on Getty Images, guys.

Comments made in March 2017 cannot possibly be made ‘amid’ something happening in November 2019. Please stop.

Horses for courses
‘Rival fans joke the last time Spurs staged an open-top bus parade, it was pulled by a horse!’ – Paul Jiggins, The Sun.

Why would they get a horse to pull an open-top bus?

Ride or die
‘The Argie was accused of getting a soft ride from the media but that is because he always provided good copy at his weekly pre-match Press conferences at Hotspur Way’ – Paul Jiggins, The Sun.

Not because he was, y’know, quite good at his job?

Recommended reading of the day
All of the Athletic people on Jose Mourinho.

All of the ESPN people on Jose Mourinho.

Recommended listening of the day
The Broken Metatarsal podcast with Alex Brooker and Michael Ball as we remember Manchester City’s crazy year with Thaksin Shinawatra.