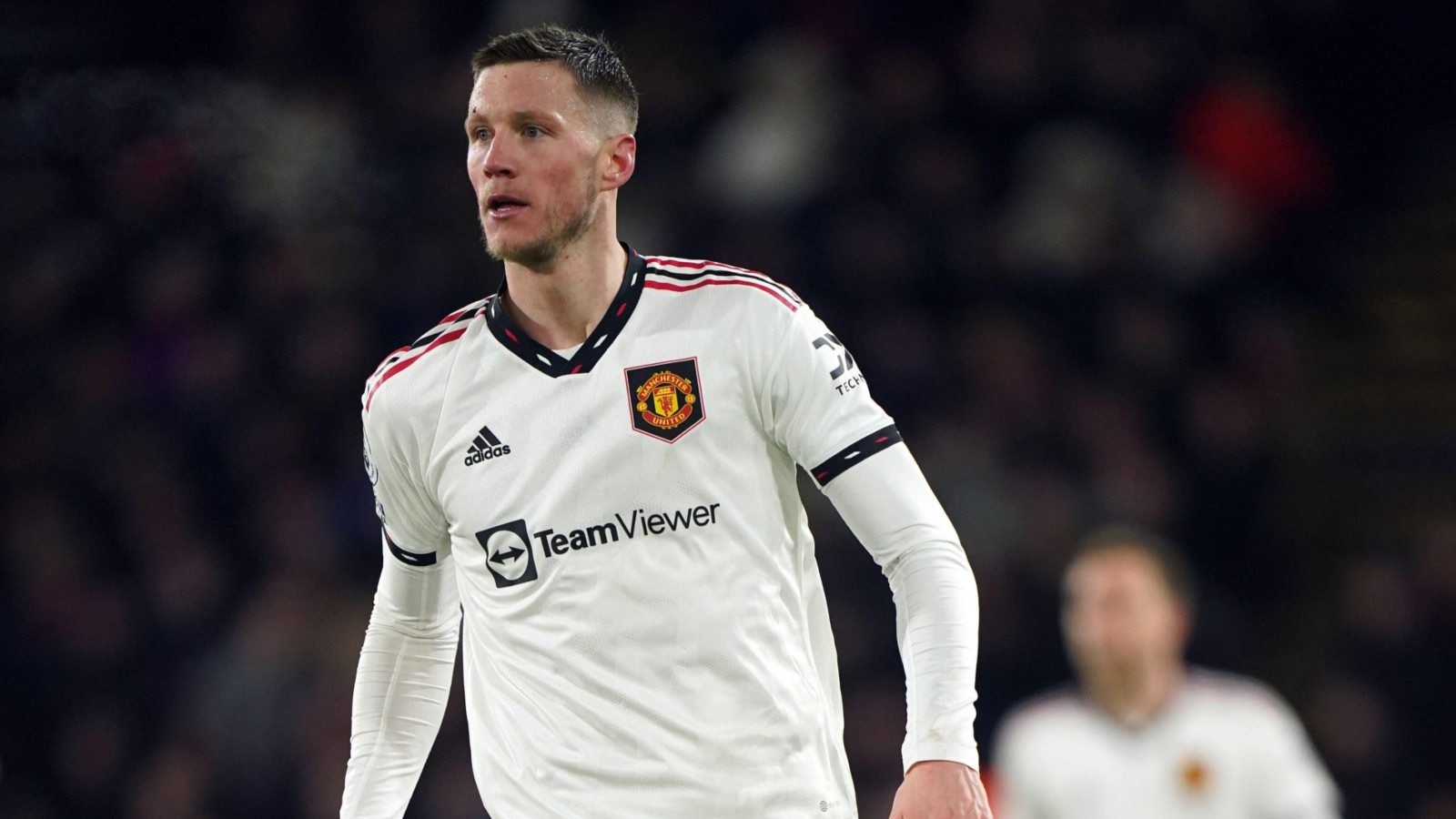 Manchester United striker Wout Weghorst has a flaw: He is not that fast. Which might lead to some ‘fury’ or a ‘dig’.

Fold the back page
We have to start here because, well, f***ing hell…

Is it a pun on ‘holidays’? Is it a pun at all? Either way, it’s absolutely OLIble.

Seconds out
Over in The Sun, the reluctance of miserable Mark Irwin to do some research actually leaves Mediawatch in awe…

‘HOLD the champagne and put the bunting away.

‘Manchester United’s Premier League title dreams are on the back burner after their nine-match winning run was brought to a dramatic end at Selhurst Park.

‘Michael Olise’s stunning 90th minute equaliser wrecked Erik ten Hag’s hopes of moving up to second place in the table for the first time in God knows how long.’

Ball of confusion
While Roy Keane buying an apartment in Dublin is bizarrely leading The Sun website‘s football coverage on Thursday morning, the Mirror website opt for some good old-fashioned obfuscation:

Did he vent fury at the decision to give Casemiro a yellow card? No.

Did he vent fury at the decision of Casemiro to make the challenge? No.

So what decision was he ‘venting fury’ at? Well none, as it happens, because “I don’t understand” is definitely more confusion than fury. But also, there was no fury or even confusion at the ‘Casemiro decision’ and neither was there an ‘Arsenal dig’.

So what was there? Well, confusion at the decision to make Manchester United play against Crystal Palace at all…

“Big blow to lose Casemiro for Sunday. I don’t understand why Arsenal don’t play as we have to play in the same week and they don’t. Now we are missing one of our best players. I don’t understand. Now we miss him for a big game and it is a big loss for us.”

The answer is that Manchester United finishing second in their Europa League group on goal difference has given them an unwanted play-off v Barcelona. They played on Wednesday because they had no other midweek free.

But let’s pretend there are ‘digs’ and ‘fury’ when really, there is just a footballer who has not been given a proper explanation.

And no, ‘Wilfried Zaha’s genuine reaction to Aaron Wan-Bissaka’s crucial tackle’ does not ‘speak volumes’ (the phrase de jour for headlines) as ‘speak volumes’ means ‘to make an opinion, characteristic, or situation very clear without the use of words’. Zaha literally gave an interview to Sky Sports.

Celebrate good times…come on
Over on MailOnline, they are intent on answering a big question posed after Michael Olise scored the equaliser for Crystal Palace against Manchester United: Why did he not celebrate? Thankfully this can be revealed. Sorry, REVEALED:

‘REVEALED: Why Michael Olise did NOT celebrate scoring stunning late free kick against Man United, after fans and players were left BAFFLED by Palace star’s reaction’

The floor is yours, James Cohen. Tell us.

‘The Crystal Palace winger rescued a point for his side in their Premier League encounter with the Red Devils after scoring a stoppage time free-kick at Selhurst Park.

‘Despite the pandemonium in the stands, Olise looked almost unimpressed with his own effort – by performing a subdued celebration – and the reasons behind doing so have now been revealed by former team-mates.’

Now? Now? If you know what ‘now’ means this would not be the next sentence…

Yes, he spoke to The Athletic in October 2021. Which is absolutely not ‘now’. And obviously he spoke 15 months ago about Olise’s general reluctance to celebrate and not about his lack of celebration against Manchester United. Because he’s not some sort of Berkshire-based soothsayer.

Wout of breath
It’s fair to say that when it came to Manchester United debutant Wout Weghorst, people saw what they wanted to see.

So for the Manchester Evening News, ‘Wout Weghorst showed Manchester United that Erik ten Hag was right about him’, while Thom Gibbs of the Telegraph wanted to write a pretty clever piece about ordinary footballers and the lottery but somebody decided that ‘What do Manchester United see in Wout Weghorst? On this showing, it’s not yet clear’ was a better headline for SEO. That’s the game.

This is what Erik ten Hag said – ”He had good link-up play and he made a good run for the first goal with a front-post run by taking two players out. He helped Bruno [Fernandes] be free. Also in [the] pressing, you can see it was a good debut” – but what does he know? Did he not spot the Marcus Rashford issue which is ’emerging’?

‘During one break towards the end of the first-half Weghorst was lagging miles behind Marcus Rashford as he drove up the pitch.

‘There are mitigating factors, of course: keeping up with Rashford at the best of times is no mean feat and it will take time for Weghorst to adapt to United’s approach.’

And the 6’6″ Weghorst is not as fast. That really is an issue and a real conundrum for Ten Hag.