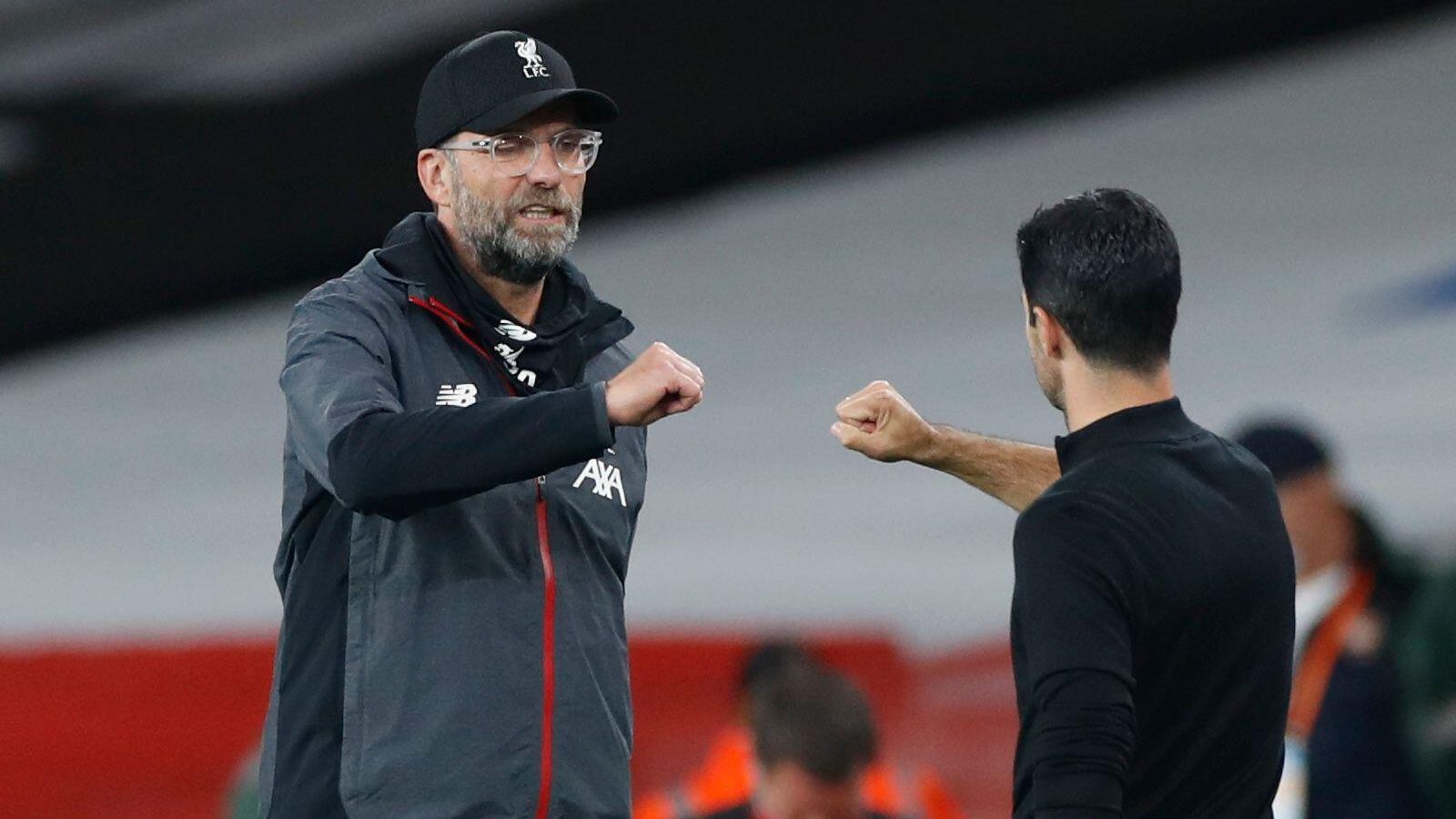 Liverpool manager Jurgen Klopp has reserved praise for five Arsenal players ahead of this weekend’s game between the two teams at the Emirates.

Klopp’s side have underperformed so far this season and they currently sit eleven points adrift of league leaders Arsenal.

Liverpool have played a game less than Arsenal but last season’s runners-up have only won two of their opening seven games in the Premier League.

The Reds returned to winning ways in midweek as they beat Rangers 2-0 in the Champions League group stages.

But they will have a much tougher test this weekend when they travel to face the Gunners at the Emirates.

Arsenal have won nine of their ten games this season across all competitions and they are coming off victories over Tottenham Hotspur and Bodo/Glimt.

Arteta’s team narrowly missed out on the top four last season but they look hell-bent on securing Champions League football this time around.

Arsenal’s players have stepped up this term and Gabriel, Oleksandr Zinchenko and Fabio Vieira have all hit the ground running at the Emirates.

Ahead of Sunday’s clash, Klopp has lauded Arteta for doing a “really good job” and he has also praised five Arsenal stars:

“All my respect, wow! Really good job from Mikel. When you need time, nobody wants to give you it,” Klopp told reporters (via Liverpool Echo).

“I have to say, a lot of respect. A lot of talent… Martinelli, I was excited about him early, Odegaard, I spoke to him at 15 in Norway with his dad. Saka… oof.

“And Gabriel Jesus, Mikel could see how good he could be not in a Man City shirt. Thomas Partey, everyone saw how good he was at Atletico Madrid.

“Lots of quality. A young, exciting team doing really well. Now we go there and we don’t think about [past results].”

Klopp went onto praise Jesus further, as the forward is “flying and full of confidence”:

“I always liked Gabriel Jesus as a player. Exceptional player, you always saw that at Man City.

“His role at City was a 9 or a winger, everyone said last season City had no No.9, but he was still there! Now he plays his role. He’s flying and full of confidence. Top class.”

Klopp also suggested that Curtis Jones is “closest” out of his Liverpool stars to returning:

“Arthur is injured in the last session before Rangers. A normal situation, a muscle. [Andy] Robertson is running, looks close. Curtis is closest [to returning].