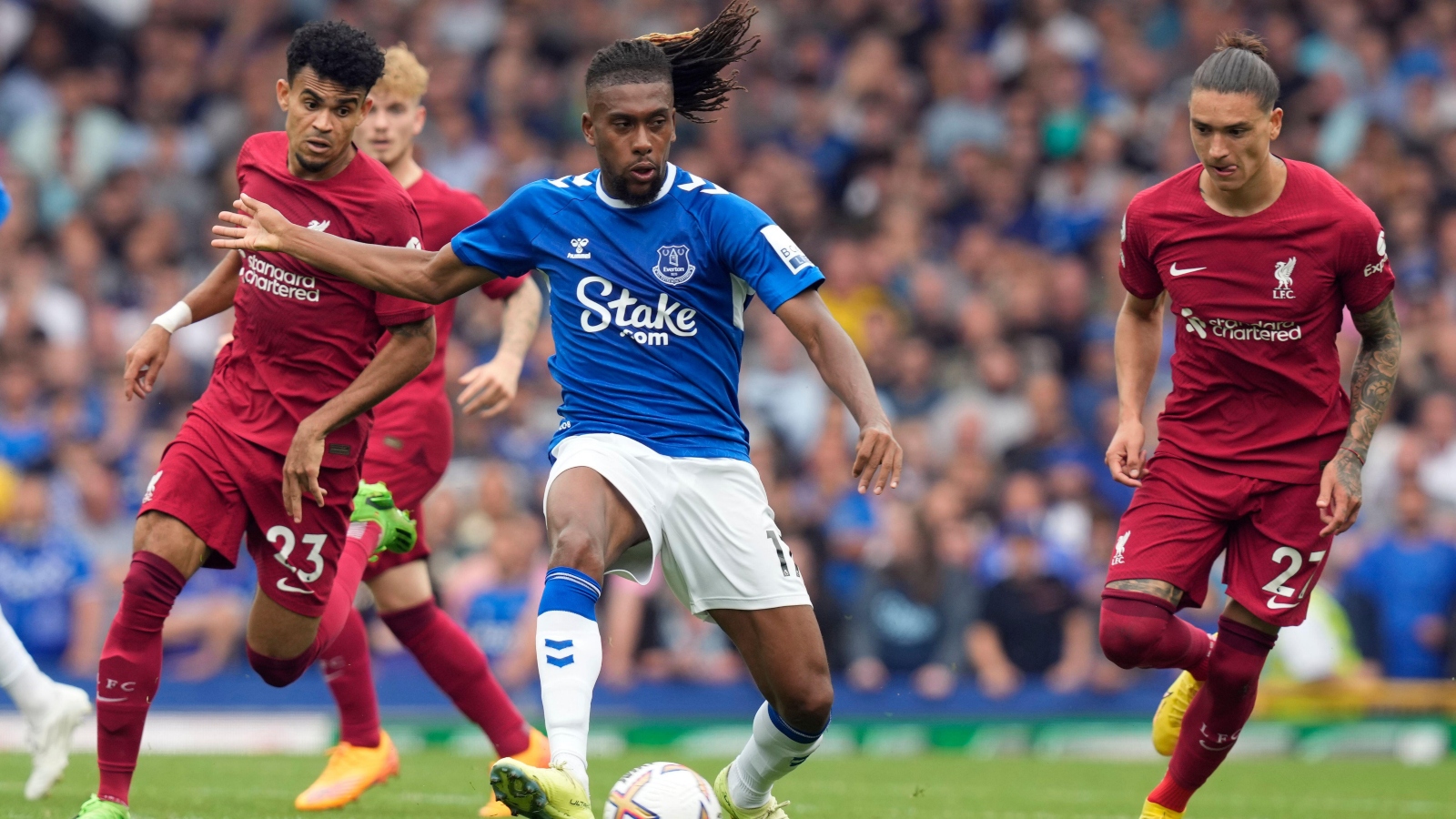 Ian Wright loves what he is seeing from Everton midfielder Alex Iwobi and believes he is a player who would suit Mikel Arteta’s system at Arsenal.

Iwobi is rejuvenated under Frank Lampard after a lacklustre few years at Goodison Park.

The Nigerian international struggled to score or assist enough to justify his £35million transfer fee and as a result lost his place in the Toffees starting XI.

He is operating in central midfield and has displayed a tremendous amount of energy, becoming undroppable under the former Chelsea manager.

While his time at Everton pre-Lampard was extremely underwhelming, as was the latter days of his Arsenal career.

Iwobi looked pretty promising at the beginning of his time in north London but fell away under Arsene Wenger and failed to impress under Unai Emery.

Due to his poor form at the Emirates, plenty of eyebrows were raised when Everton decided to pay £35m to sign Iwobi.

And those eyebrows remained firmly raised until recently.

His form in 2022 has impressed former Arsenal striker Wright, who thinks the 26-year-old’s work rate is “unbelievable”.

Wright has even gone as far as to say Iwobi would fit in nicely under Arteta at Arsenal.

He told Wrighty’s House podcast: “I’m so pleased with the way it’s going for him.

“I remember Arsenal fans, it’s the same thing they did with (Alex) Oxlade-Chamberlain, they ridiculed him.

“I remember watching him play in midfield early days for Arsenal at West Ham, and you’re seeing something.

“His ball progression and work rate, what Frank has now recognised him and put him there, listen to the Everton fans when he’s doing his work, they are adoring him now. I’m loving the way it’s working out for Iwobi.

“I’m just talking about somebody who’s making a massive difference to what Everton need – the work rate, his ball progression, his passing, everything.

“He’s the pass before the assist, people don’t realise it. Everton fans are now starting to realise that if they get the right players in and around him, he’s going to be a force for them.

“You look at his work rate, it’s unbelievable. It’s the kind of intensity that Mikel wants now and needs now, we need that, we need somebody who can press like that.”

As Wright says, the former Arsenal youngster is becoming a fan favourite at Goodison Park after a difficult start.