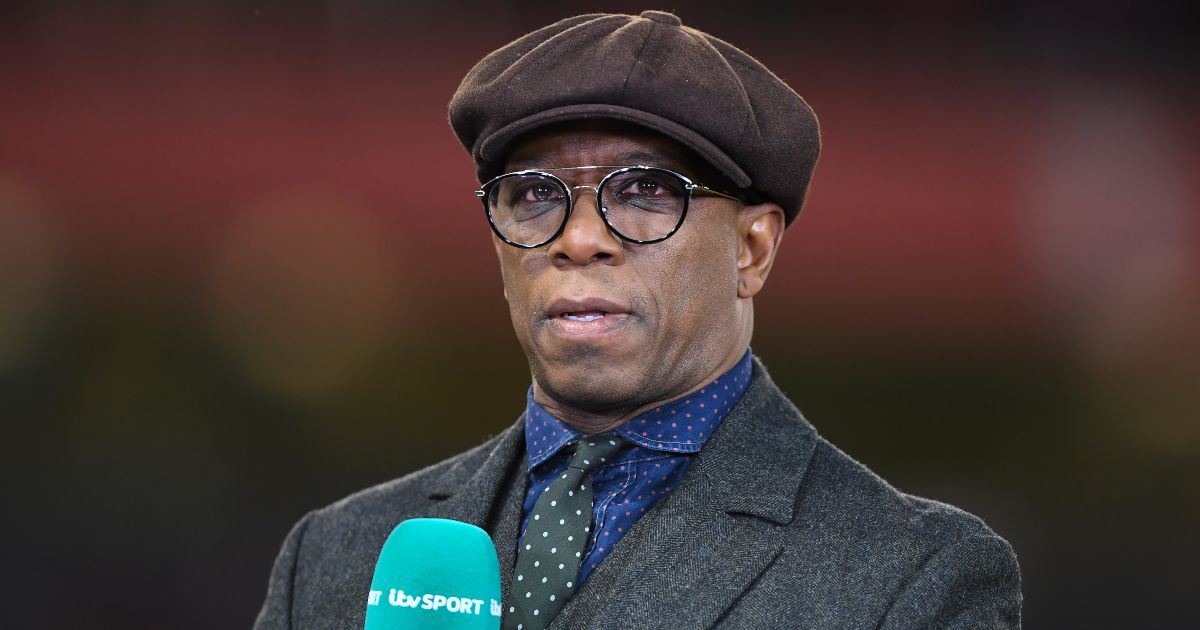 Arsenal legend Ian Wright thinks Nicolas Pepe is running out of time to prove himself capable of being a success at the Emirates Stadium.

Pepe enjoyed a stellar season with Lille in 2018/19, scoring 33 goals from his 38 appearances in Ligue 1 and earning himself a £72m transfer to the Gunners.

However, his time at the Emirates has been disappointing considering his huge price tag with the Ivorian scoring 26 goals in 101 appearances during his time at Arsenal.

Pepe has only started five Premier League matches this term with the 26-year-old contributing two goals and five assists in his 12 appearances.

And now Wright has urged Pepe to “do a lot more” as he gets the feeling that Arsenal boss Mikel Arteta doesn’t have much “love” for the forward.

“Up to this point he’s not used Pepe in any way that makes me think he’s got love for Pepe,” he told his Wrighty’s House podcast.

“I think Pepe might be in a last chance saloon, with the amount of games he hasn’t played.

“I’d like to see something from him. When you watch him in the Africa Cup of Nations, where I think the defender is even harder with those guys, with how athletic, how good and how intelligent they are.

“You’ve got to do a lot more, and when you watch him, he’s done it. Why aren’t we getting that out of him?

With Pierre-Emerick Aubameyang leaving to join Barcelona after having his contract terminated, Arsenal are now relying on Alexandre Lacazette, Eddie Nketiah and Pepe to score the goals.

Wright added: “It seems to me that Mikel has got to take a chance on that. The goals are going to have to come from Emile Smith Rowe, [Bukayo] Saka, hopefully [Gabriel] Martinelli.

“None of them are proven like Aubameyang was proven.”

Speaking in the lead up to the January transfer window, Wright’s former team-mate Paul Merson reckoned Arsenal would take a huge loss on Pepe to sell him.

“I think if they could sell him in January, they’d probably sell him,” Merson claimed in December.

Merson added: “Years ago, when you got bought for a lorry load of money, the pressure was on. In this day and age, you can flop and no one says a word.

“Managers would lose their jobs on a big signing, that doesn’t happen anymore.

“They’ll probably sell him for 20-30million and lose 30-40million on him, and no one will say a dickie bird.

“For me, I hope he goes out and enjoys it today. It’s all about attitude. You’re playing at Arsenal, that pitch is mustard.”