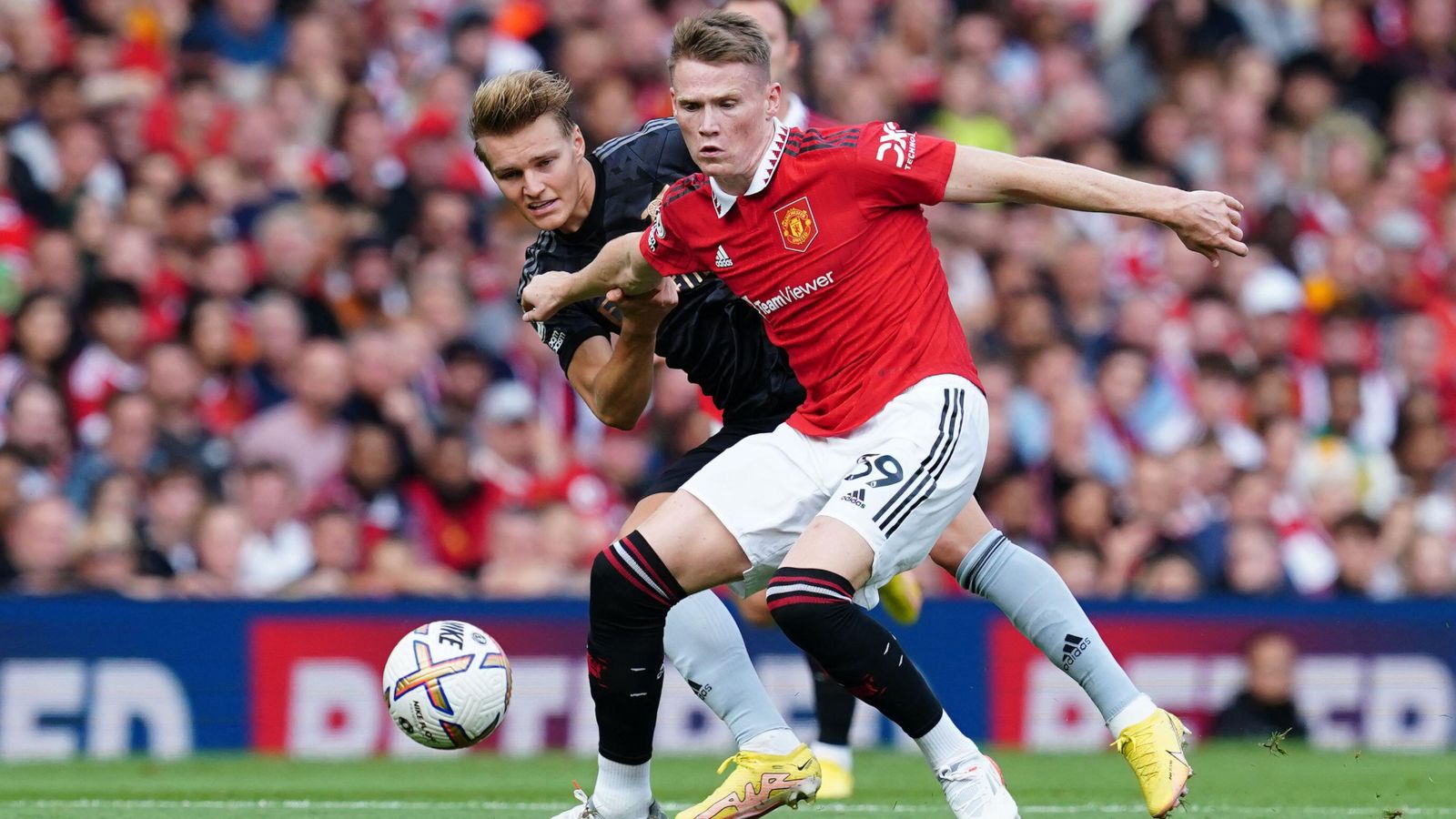 Ian Wright thinks Martin Odegaard was one player who “cost” Arsenal in their 3-1 loss to Manchester United on Sunday,

Despite creating numerous chances and dominating the ball, Arsenal boss Mikel Arteta felt his side lacked discipline in periods during the match.

Arteta said: “We have to learn from that. We lacked the discipline that is necessary in certain areas of the pitch against these world-class players to prevent certain spaces, because overall when you look at the performance and the way we played, obviously the result should’ve been very, very different.”

And Wright agreed with Arteta’s summary of the match with Odegaard losing his man for Man Utd’s second goal of the match.

After highlighting Odegaard losing Christian Eriksen in the build-up the goal, Wright told Match of the Day 2: “This is what he [Arteta] is talking about in respect of discipline.

“He has got to be closer to him. Eriksen saw him out, now he [Odegaard] has got to see Eriksen out.

“He didn’t do it and you can see how disappointed he is with it. Those are the things that kind of cost us today and they were very ruthless in finishing us off.”

Arsenal boss Arteta has called for consistency over VAR (Video Assistant Referee) decisions during matches after Gabriel Martinelli’s early goal was chalked off after Eriksen was fouled by Odegaard in the build-up.

“I haven’t seen the action, they said it was a soft foul. It is just the consistency,” Arteta said.

“They said it was a foul on Bukayo Saka from (Tyrone) Mings and the penalty was not a penalty (in midweek). The foul on Aaron Ramsdale when we conceded against Villa was a goal.

“It is just consistency. There is nothing we can do now. It is too late. Just be consistent.”

But Wright was convinced that Odegaard fouled Eriksen and he was surprised the referee didn’t pick it up before it went to VAR.

“People will sit there and say oh in my day [it wouldn’t be given]. In this day, that is a foul,” Wright added.

“I didn’t see that bit because I was so excited about this bit [Martinelli’s finish]. But when I saw it [the replay] I straight away thought they are going to give that.

“Even though they [VAR] had a complete nightmare on Saturday I couldn’t see them not giving that. I don’t think he even needed to go to VAR for it, he should have seen that straight off the bat.”