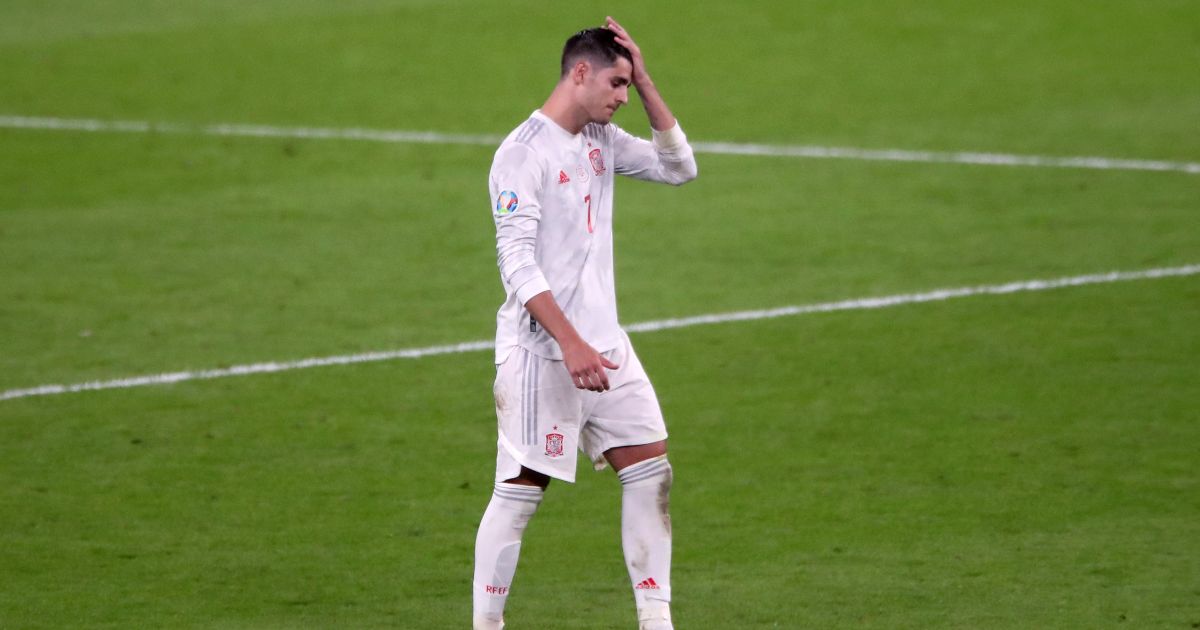 The match would end 1-1 after 120 minutes and had to be settled by spot-kicks, with Morata denied by Gianluigi Donnarumma before Jorginho coolly swept home to seal a 4-2 shootout triumph for Mancini’s men.

Spain shone for large spells against Italy but a lack of cutting edge proved costly for Enrique’s men.

And former Arsenal striker Wright thinks Enrique should’ve started Morata but left him off penalty kick duties as he didn’t look in the right “frame of mind”.

Wright said on ITV: “They (Spain) are fantastic to watch. You look at some of the players like Pedri, Olmo playing great stuff but when you look in the box?

“When they broke through the Italian midfield there’s nobody in areas. There’s nobody to play it into to put pressure on Chiellini or Bonucci. They were safe all day.

“But straight away he (Morata) started to cause them problems, he started to run at Chiellini. He was a focal point. I think that was a big miss by them not starting him.”

On Morata’s missed penalty, Wright added: “When he walked up to it he was looking down. When you do that run up, I thought he was too straight on it so when you open your body up there’s only one place he can go.

“Look at the size of that keeper. You have to literally send him the wrong way to beat him unless you get it right in the side-netting and that’s nowhere near it.

“You can see when he walked up to it I said I do not fancy him. I would not have had him taking one. I don’t think he’s in the frame of mind to go an take a penalty of that importance at this stage he should not have been taking it.”