Home All The News Wright: Henderson looked ‘nervous’ against Southampton 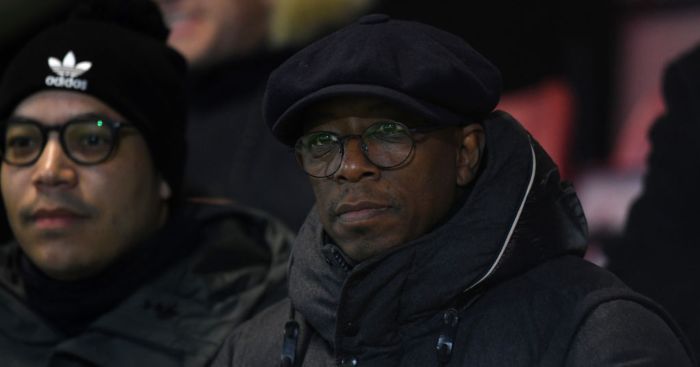 Ian Wright has suggested that Jordan Henderson looked “nervous” shortly before Danny Ings’ goal for Southampton against Liverpool on Monday.

Liverpool had drawn consecutive Premier League games prior to their game against Southampton.

With the Reds short of options in defence, Jurgen Klopp named a makeshift back four against the Saints as Fabinho and Henderson partnered each other at centre back.

MAILBOX: Klopp not cut out for long-term success at ‘exhausted’ Liverpool

Henderson and Fabinho were put to the test early on as the Saints earned a free-kick. James Ward-Prowse chipped it into the area.

Trent Alexander Arnold missed the ball, which allowed Ings in on goal. He sublimely looped it over Alisson to give the hosts a surprising early lead.

Liverpool were off the pace as they could not find a way back into the game. Southampton won 1-0 to hand Klopp’s side their second league defeat of the season.

Jamie Carragher has argued that Liverpool cannot retain the title if they do not sign a new centre back this month.

Speaking on his Wrighty’s House Podcast, Wright claimed that you could see that Henderson was not comfortable against Southampton:

“What people understand is that you can work on a free-kick, but when it’s live on the tele, people will see it.

“If it’s going to work it has to work in that moment. When you looked at the amount of players Liverpool had there, I think it was seven against five. There was such an overload.

“You could see how uneasy and how nervous Henderson was in the middle there, trying to bring Wijnaldum closer to him, because he wanted to feel more secure.”