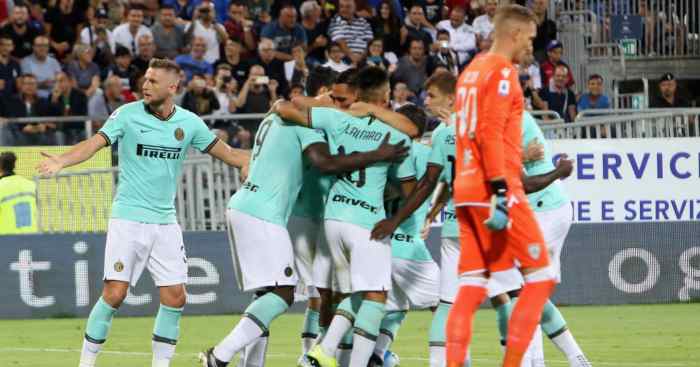 The Inter Milan striker faced abuse from home fans in Sardinia as he scored a penalty in the second half to clinch his side a 2-1 win in Serie A.

This was not the first time Cagliari fans have behaved similarly towards players; in previous matches against Juventus they had also targeted the likes of Moise Kean and Blaise Matuidi.

Speaking as a football ambassador for the Women’s Super League after the announcement of a new partnership between the Football Association and Barclays, Wright told the PA news agency: “Obviously Cagliari have got a massive rap sheet – Sulley Muntari, Samuel Eto’o, Moise Kean and Romelu Lukaku – so they should be banned.

“It’s blatantly obvious what needs to be done, it needs to be closed down. Close them down, threaten them, dock points.”

The former Arsenal forward continued: “I can say whatever I want, it doesn’t make a difference, it doesn’t seem like the Italian federation are taking any notice because they obviously don’t take racism very seriously.

“We’ve seen that with the number of times that particular club has been in the headlines.”

Lukaku used his Instagram page to express his desire for football federations to act strongly on discrimination, saying it should not be accepted by anyone in the game.

Soon after Belgian striker made his comments, Cagliari released a statement saying the club “firmly rejects” the racist abuse.

The PA news agency has contacted the FIGC for comment but has so far received no response.