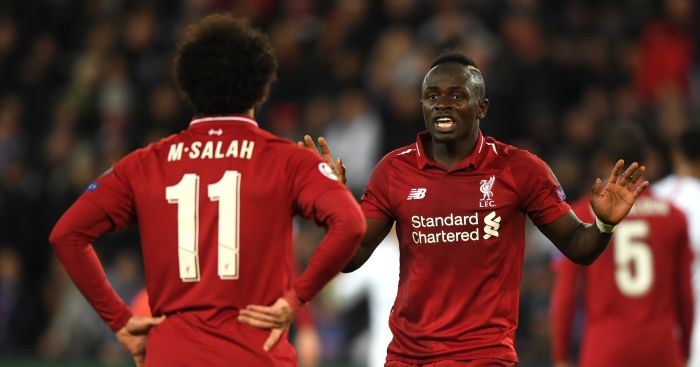 Ian Wright thinks Liverpool forward Sadio Mane needs to become more consistent with his goalscoring if he wants to improve.

Mane has been in brilliant form recently  with 11 goals in his last 11 matches in all competitions with some vital goals boosting the Reds’ Champions League and Premier League title hopes.

The Senegal international is now just one goal behind leader Sergio Aguero in the Premier League goalscoring charts and former Arsenal striker Wright has challenged Mane to try and emulate Mohamed Salah‘s debut season at Anfield.

“There’s not much more for him to improve on really,” Wright told BBC Radio 5Live of Mane.

“Apart from to just consistently, continuously score goals. He’s got better, of course he has.

“The only thing you’d look at him and think, ‘What can he do more?’

“Just go and have a season like Mo Salah had.

“I’m not saying he can totally replicate that kind of goalscoring form Mo had. That’s the only thing left.