Home All The News Wright, Shearer disagree over treatment of Chelsea rebel Kepa 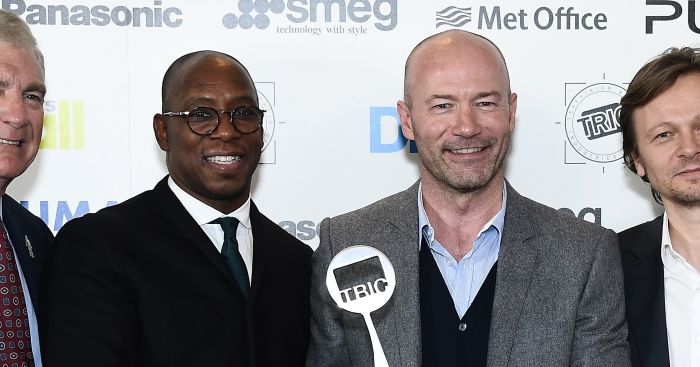 Ian Wright and Alan Shearer have disagreed over whether Chelsea boss Maurizio Sarri should have started Kepa against Tottenham or not.

The Blues’ 4-3 penalty shootout loss to Manchester City in the League Cup final was overshadowed by Kepa’s refusal to be substituted, resulting in the world’s most expensive goalkeeper dropping to the bench in Wednesday’s 2-0 win over Spurs.

Kepa and Sarri insisted it was a misunderstanding, but the club announced the 24-year-old would be fined one week’s wage.

And speaking on Match of the Day, Premier League legends Shearer and Wright had differing views on Kepa being dropped.

“I think there’s no way he could have played that goalkeeper tonight, Kepa,” Shearer said.

“He made the right decision and it worked out for him. I’m delighted.”

However, Wright disagreed and thought Sarri should have played the Spaniard at Stamford Bridge.

“I would have played him because it was a misunderstanding – now it’s changed,” Wright replied.