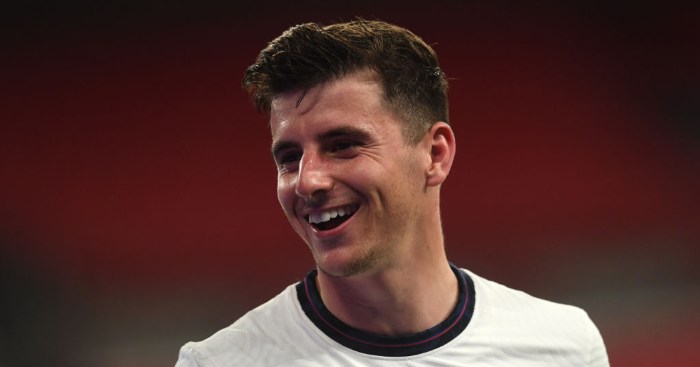 Ian Wright and Ashley Cole have defended Chelsea star Mason Mount amid the “disgraceful” calls for him to be replaced by Jack Grealish in England’s first team.

Grealish and Mount impressed for England in their 3-0 win on Thursday and Gareth Southgate is well aware of the social media trends surrounding the pair.

The England boss joked about the criticism of Mount, but it’s irked Wright.

“You know what? I think it’s disgraceful the way people have talked about Mason Mount getting his berth in front of whoever,” Wright told ITV.

“Mount is in there on credit and what he’s able to do. It’s unfair the amount of stick he gets for being chosen by Gareth.”

Chelsea legend Cole believes the comparison between Mount and Grealish is pointless.

“You can’t compare them,” Cole insisted. “The quality that Mason brings to not just this England team but the Chelsea team.

“He brings that energy, the willingness to run and graft.

“I’ve heard Roy [Keane] mention it a lot of times about that desire and work ethic: it’s a must and it is a standard. He brings that week in week out but with quality as well so I think it’s unfair to compare them.”