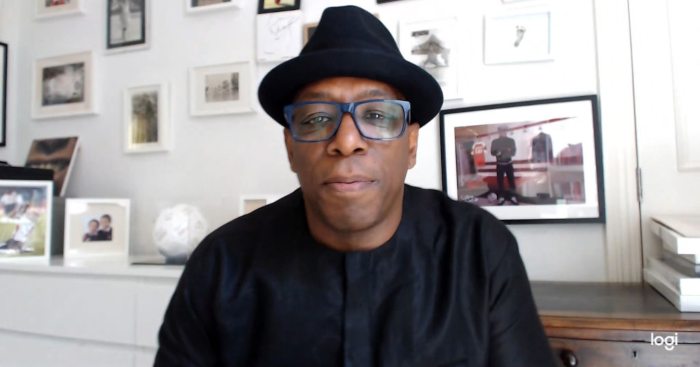 Ian Wright has called out Edu after the technical director claimed Willian needs “time” to settle at Arsenal.

Wright says the three-year contract given to Willian was “dubious” anyway and that the Brazilian was signed to have an “immediate impact”.

But that’s not been the case with Willian’s form mirroring that of his team.

READ MORE: Burnley and Sean Dyche should not ‘know their place’

And Wright believes Edu is sending the wrong message by claiming patience is required.

“Can I say something because there’s something I read with Edu, who I was with during the Rapid Vienna game. We had a chat and he’s very energetic,” he told Wrighty’s House Podcast.

“But I was very disappointed with something I read with Edu talking about Willian needing time. I can’t have that – and I’d say it to him if I saw him – because we don’t want to be peddling that.

“We’ve brought Willian in to hit the ground running and when he came in I read what you [Edu] said about a player that we need an immediate impact from.

“We’ve signed him for three years, which was very dubious for a lot of people. I went, ‘okay, Willian is good enough, a serial winner, and you look at the experience he brings’.

“To hear, ‘we need to give him more time’… I needed something to squeeze because that’s not why he bought him. Willian needs that chat where someone says, ‘my friend, listen, you’re here to hit the ground running’.

“I’m not throwing him under the bus but I’m trying to explain that Edu cannot come out and say these things when Arsenal are in a position where we’ve signed the player for three years and he needs to hit the ground running.

“It should be a dream move for him but maybe he hasn’t been energised. But he’s come into a dressing room that needs him to be the man.

“Now Edu’s saying he needs time. No, you shouldn’t be saying that. Someone needs to get him in that office and speak to him and say, ‘you’re meant to be doing it now’.”