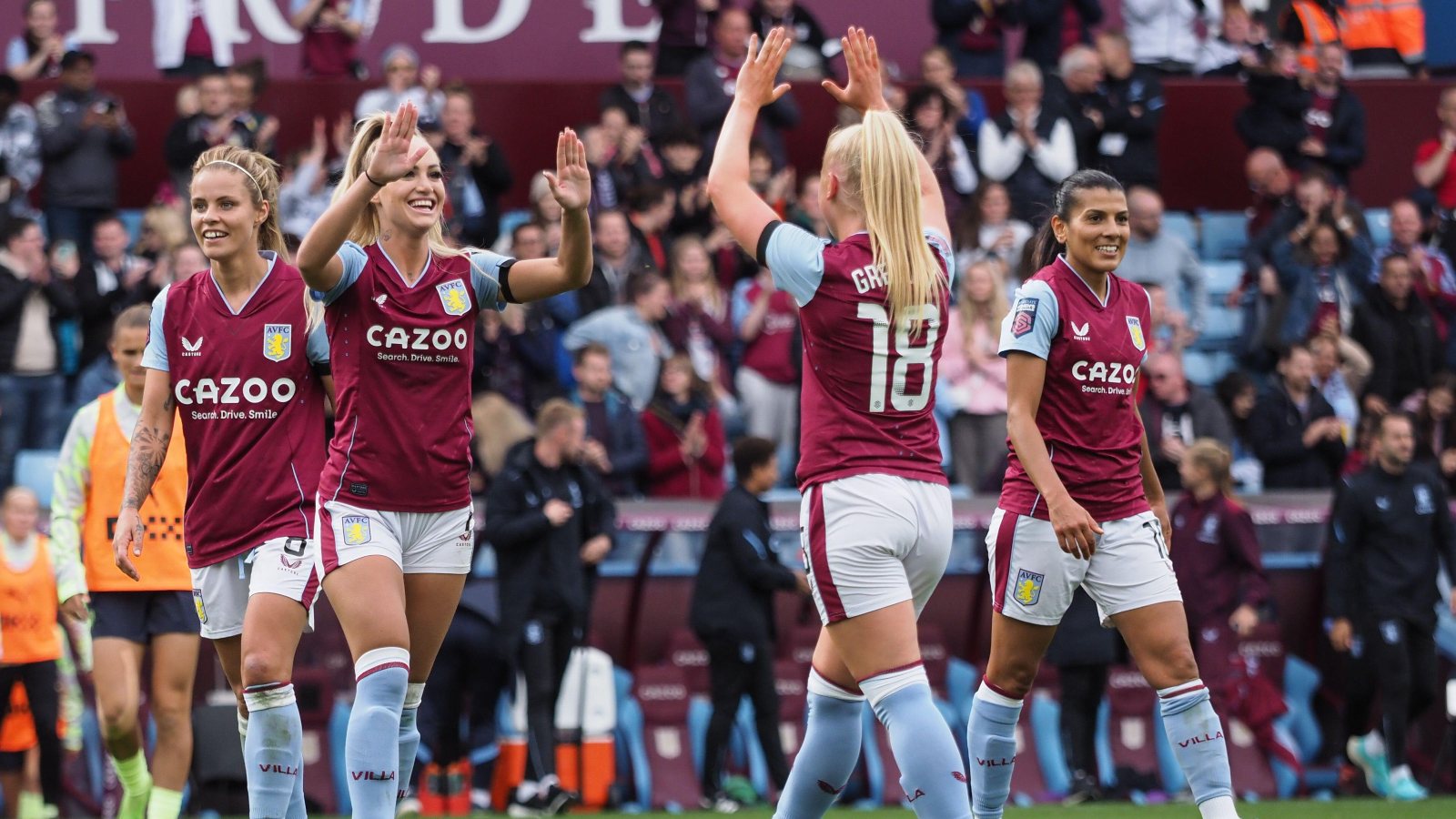 Newly promoted Liverpool shocked defending champions Chelsea with a 2-1 win in front of a record 3,006 fans at Prenton Park.

Fran Kirby got the visitors out to an early lead after Gilly Flaherty brought down Guro Reiten and the Lioness converted the penalty on three minutes.

Former Blues boss Matt Beard’s rousing pep talk at half-time saw the Reds return a resilient side, ready to pounce at any opportunity gifted to them by a Chelsea side that enjoyed nearly 70% possession.

Their break came when Flaherty’s flick-on from a throw-in caught Millie Bright’s arm and a penalty was awarded for handball and Stengel coolly converted for her first WSL goal.

Then, with just five minutes remaining in normal time, she won another penalty after being knocked down inside the area by Chelsea debutant Kadeisha Buchanan and sent Zecira Musovic the wrong way to seal her side’s triumphant return to the top flight.

Rachel Daly marked her return to English football with an emphatic brace in Aston Villa’s 4-3 win over Manchester City at Villa Park.

The Lioness joined Carla Ward’s side from the Houston Dash in August on a three-year deal and made her presence known early, dispossessing Laia Aleixandri to free the ball up for Alisha Lehmann to burst down the right and finish.

The versatile Daly, who played in defence during England’s Euro 2022 title run but started up front for Villa, found herself in acres of space and opened her account with a curled effort into the top right corner.

City, whose mass exodus of players over the summer included the departures of Lionesses Lucy Bronze, Georgia Stanway and record transfer Keira Walsh to Barcelona, clawed one back after Hannah Hampton failed to stop Laura Coombs’ shot.

And the Continental Cup champions kept up the momentum, grabbing two goals in 90 seconds at the start of the second half, Bunny Shaw heading the leveller before Coombs scored her second with a crisp finish from Chloe Kelly’s right-wing cross.

But three minutes later Villa were back level when Kenza Dali capitalised on a sloppy ball out from Steph Houghton and fired past Ellie Roebuck with the help of a heavy deflection off Alex Greenwood.

Roebuck was at fault for the winner when she spilled a Kirsty Hanson cross and let Daly in to claim the simplest of winners.

Tottenham walked way with all three points at Leicester after Ashleigh Neville scored the goal of opening weekend, sending a 40-yard strike sailing over the head of Foxes keeper Kirstie Levell to open the scoring on 35 minutes.

Drew Spence added another in stoppage time, a strike that came as a relief after her own goal after the break made it 2-1, but her side held on for the win.

Elsewhere, Lisa Evans headed home on the stroke of half-time to open their season with a 1-0 victory over Everton as new manager Paul Konchesky picked up his first three points in charge of the Irons.

With no draws on the opening weekend, Arsenal ended the first round of games at the top of the table following their 4-0 win over 10-woman Brighton in Friday’s WSL curtain-raiser.

Manchester United, who beat Reading by the same score on Saturday, sit second spot while Villa round out the top three.