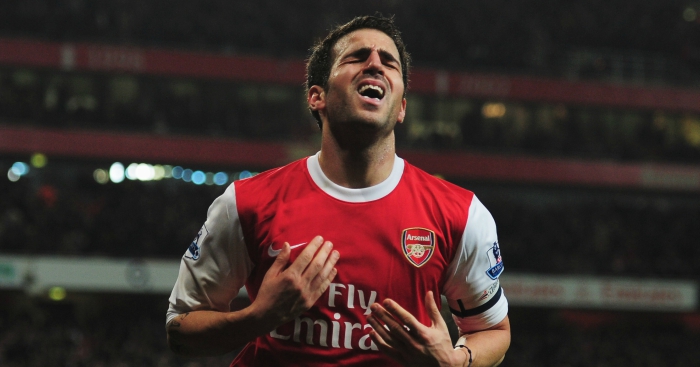 Former Arsenal captain Cesc Fabregas has revealed that Xabi Alonso “was literally begging” to leave Liverpool for the Gunners.

The Spaniard – who hasn’t ruled out managing Liverpool in the future – won the Community Shield, FA Cup, Champions League and UEFA Super Cup in his time at Anfield but couldn’t quite manage to win the league in England.

Alonso eventually returned to La Liga in 2009 to join Real Madrid after spending five years at Liverpool. He went onto win more trophies at Real before calling an end to his career at Bayern Munich in 2017.

And current Monaco midfielder Fabregas has claimed that Alonso was “dying to” join Arsenal, who were managed by football legend Arsene Wenger.

Fabregas recalled to Arsecast: “I was on the phone with Xabi the whole summer, he was dying to come, he was literally begging everyone to go to Arsenal.

“He really wanted to come, I did my best – I spoke to who I had to speak, I gave my opinion, I thought that he was a fantastic addition for us at that time.

“A couple of times like that I was frustrated at the lack of push, that it’s so close – the player is dying to come, it’s so easy to make this deal.

“I’m not a director, I see it from a player’s point of view. When I see it as a player wants to go somewhere it’s easy, normally it should happen and Xabi Alonso was one of them.

“I remember I was talking to him the whole holiday, he was texting me saying ‘What’s happening?’, it was a shame because I think he would have been a great addition to that team. He was made for Arsenal I think.”