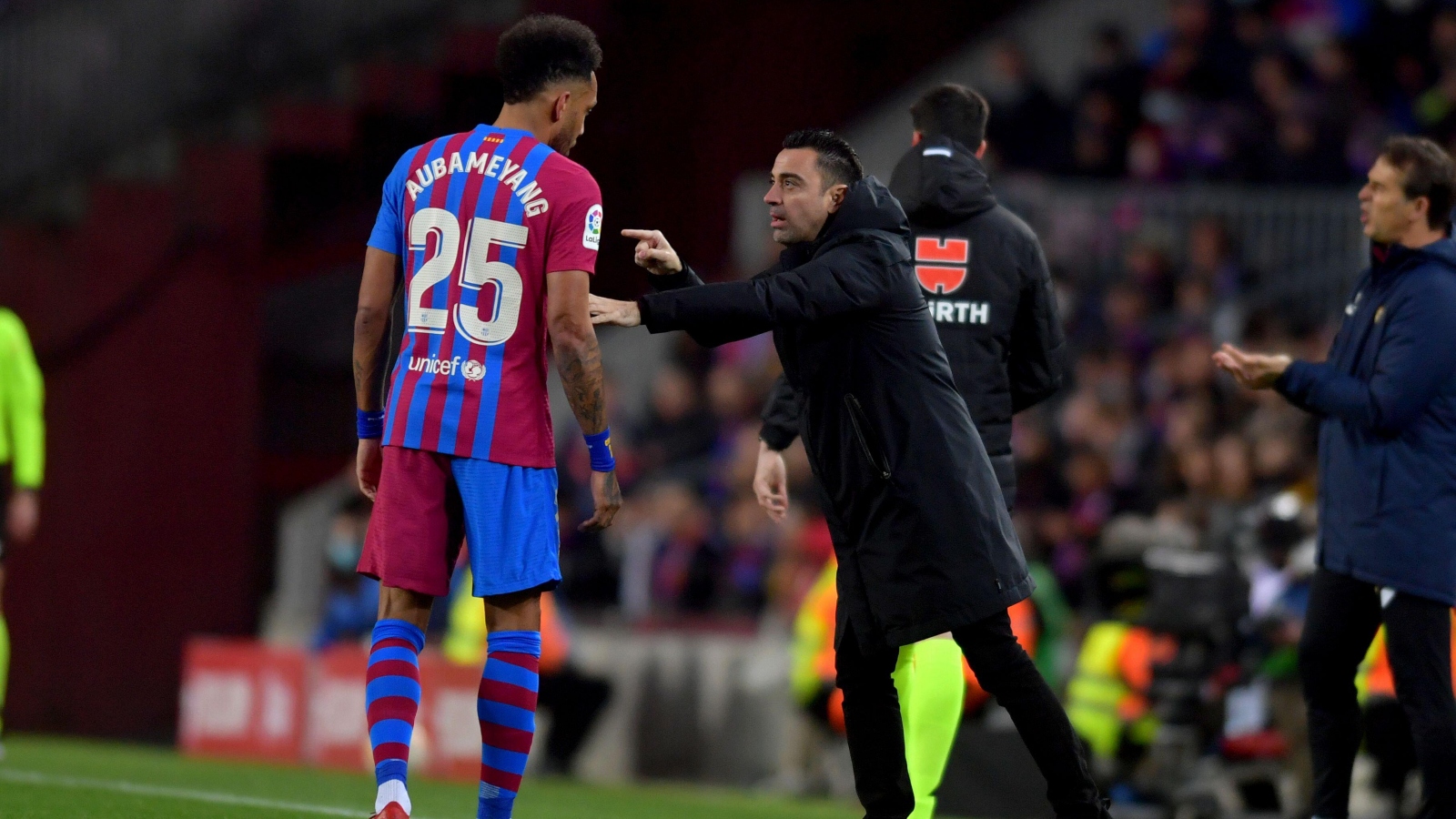 Barcelona boss Xavi insists he is “counting on” Pierre-Emerick Aubameyang with Chelsea reportedly looking to sign the former Arsenal captain.

The Gabonese forward scored 79 times under Tuchel’s management and following the summer exits of Timo Werner and Romelu Lukaku, the Chelsea boss may look to reunite with the player to help bolster his frontline.

Unsurprisingly, Tuchel was asked about the club’s reported interest in Aubameyang during a press conference on Friday, and he insisted that he has always had a “close bond” with the 33-year-old.

“I enjoyed working with him a lot, it was a pleasure. I’ve never had any issue,” he said ahead of Chelsea’s Premier League match against Tottenham on Sunday.

Xavi is quoted as saying by Fabrizio Romano: “I’m counting on Pierre Aubameyang. I’m really delighted with him, he can help us. Those I am not counting on already know, they know won’t play. Between now and August 31, different things can happen.

However, Barcelona will let him leave if they receive a minimum offer of €25million, as per Relevo journalist Toni Juanmarti.

Juanmarti states that Chelsea will not be willing to pay this amount but would be likely to table a bid in the region of €12m.

Aubameyang is ‘willing’ to leave the club if his financial demands are met.

Barca will not push the 33-year-old out, but amidst their bizarre financial situation, would obviously accept a decent bid, especially given the fact he is one of the club’s top earners.

The experienced forward is under contract at the Nou Camp until 2025 having joined from Arsenal in January.

Aubameyang was available for transfer in the winter window after being stripped of the captaincy at the Emirates last December.

He had to armband ripped off his bicep following a disciplinary breach that ended up being the final straw for Mikel Arteta.

Despite his misdemeanours while at Arsenal, the former Dortmund man has a good rapport with Tuchel and could be a success at Stamford Bridge.