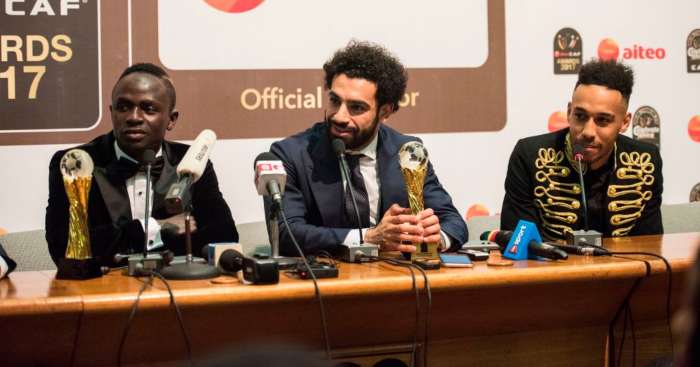 Spain legend Xavi thinks Liverpool’s Sadio Mane and Arsenal’s Pierre-Emerick Aubameyang would struggle to fit into Barcelona’s style of play if they made the move to the Camp Nou.

Mane has become an irreplaceable part of Jurgen Klopp‘s side in the past three seasons, coming up with a number of match-winning contributions to keep the Reds on the charge for a first league title in 30 years.

Aubameyang, meanwhile, boasts the impressive record of having scored 61 goals in 97 Arsenal appearances, including 17 in the Premier League this season.

MAILBOX: Gerrard was a man without a home, Alphabet XI simulation and…

The Gabon international – who has a year left on his contract – is more likely to leave than Mane this summer and Barcelona have been linked with the striker alongside Inter Milan marksman Lautaro Martinez.

Xavi, however, has explained that neither Aubameyang nor Mane would likely fit in at Barca, who need a player who can perform in “small spaces”.

“Mane and Aubemayang can kill you in open space. But Barcelona need players who know how to move in small spaces,” the legendary midfielder said.

“I am thinking about player who would adapt to Barcelona and it’s not easy to find one. Samuel Eto’o was perfect as is Luis Suarez right now.”

Suarez moved to Barcelona from Liverpool in 2014 but reports have suggested that Martinez is being eyed as the long-term replacement for the 33-year-old.

Indeed, Barcelona have been stretched for attackers this season with Suarez, who underwent knee surgery earlier this year, joining Ousmane Dembele on the treatment table.

Reports have also suggested that Neymar is angling for a return to Barcelona, something Xavi hopes can be arranged.

“Football-wise, he is among the three or five best in the world,” Xavi said of the Brazilian. “I hope that he returns to Barcelona.

“He was his teammate. He would add a lot. A positive character. It would be an extraordinary signing to become a difference-maker.”