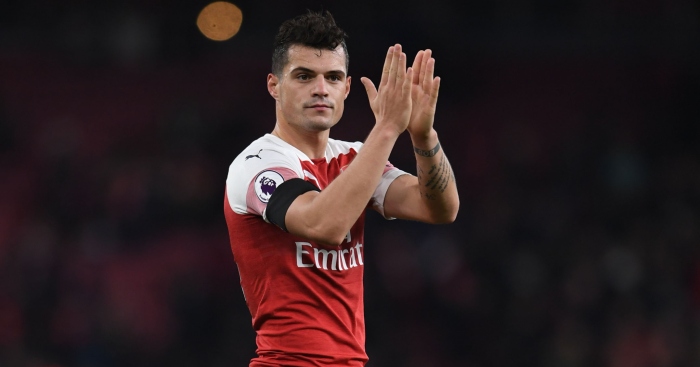 Granit Xhaka believes Arsenal returning to the Champions League would be a “big step” after the upheaval of Arsene Wenger’s summer departure.

Wenger left his role of 22 years at the end of last season and was replaced by Unai Emery, who is in the process of a rebuilding job at the Emirates Stadium.

Perhaps against expectation the Gunners are in the hunt for a return to the top four, currently sitting fifth, a point behind Manchester United ahead of the two sides’ clash next week.

Xhaka, who played 90 minutes in Saturday’s 1-1 north London derby against Tottenham, says returning to Europe’s premier club competition after a spell in the Europa League will show their improvement.

“After Arsene Wenger left, a lot of things changed at this club,” he said. “We are happy with the coach and we have improved a lot, and we work a lot.

“It will be a big step if we return to the Champions League. We want to. It’s not easy but we will keep working.

“We need to show that on the pitch.”