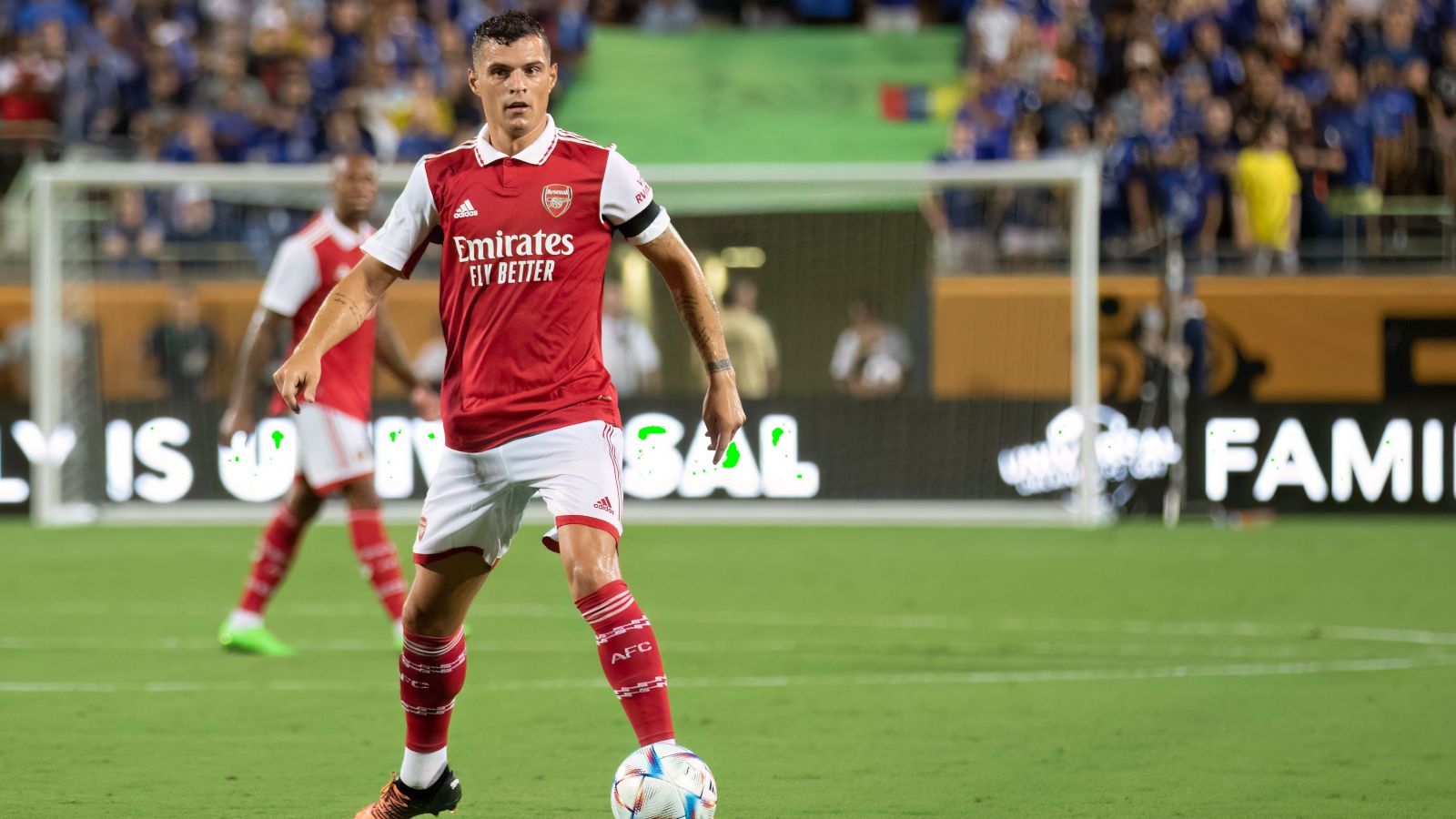 Granit Xhaka reckons new Arsenal signing Marquinhos will adapt to English football at the same rate Gabriel Martinelli did earlier in his career.

There was an expectation that when Martinelli made the move from Brazilian side Ituano in 2019 that it could take him a while to break into the first team.

But he scored ten goals in 26 appearances in his first season at the Premier League club, impressing everyone with his adaptation to the English game.

And Xhaka is expecting new Arsenal winger Marquinhos to follow in Martinelli’s footsteps this season and reckons he will have a “big future” in the game.

“He reminds me of Gabi Martinelli when he first came, everyone was saying ‘yeah, he will go to the under-23s first’ and stuff like this, but how Gabi adapted at this level was unbelievable, and I have the same feeling with Marquinhos as well,” Xhaka told Arsenal’s official matchday programme.

“For his age he is very developed physically, very fast, good left foot. Of course, he needs to adapt to this level first, this country as well, but I see a big future for this guy.”

On their fifth-placed finish last season, the Arsenal midfelder added: “In the end we didn’t achieve what we wanted. We had everything in our hands.

“That’s why we were very, very disappointed of course but it’s over, we can’t change anything, what we can change is the future and the future started in the pre-season, which included those new signings who are doing a very good job already, very good with their team-mates, very open, very humble.

“They know what they want, and we try to help them and I’m looking forward to start the season.”

While Xhaka is excited about Marquinhos, Emile Smith Rowe can’t believe the “ridiculous” ability of new Arsenal signing Gabriel Jesus ahead of the new campaign.

“But from the new players, I think Gabriel Jesus. I didn’t actually realise how sharp he was!

“Obviously I’ve played against him and watched Man City a lot but when you actually see him in training… I’ve been telling my friends that he’s ridiculous.

“Everyone in the team is really excited for the new season and the fans should be as well I think.”