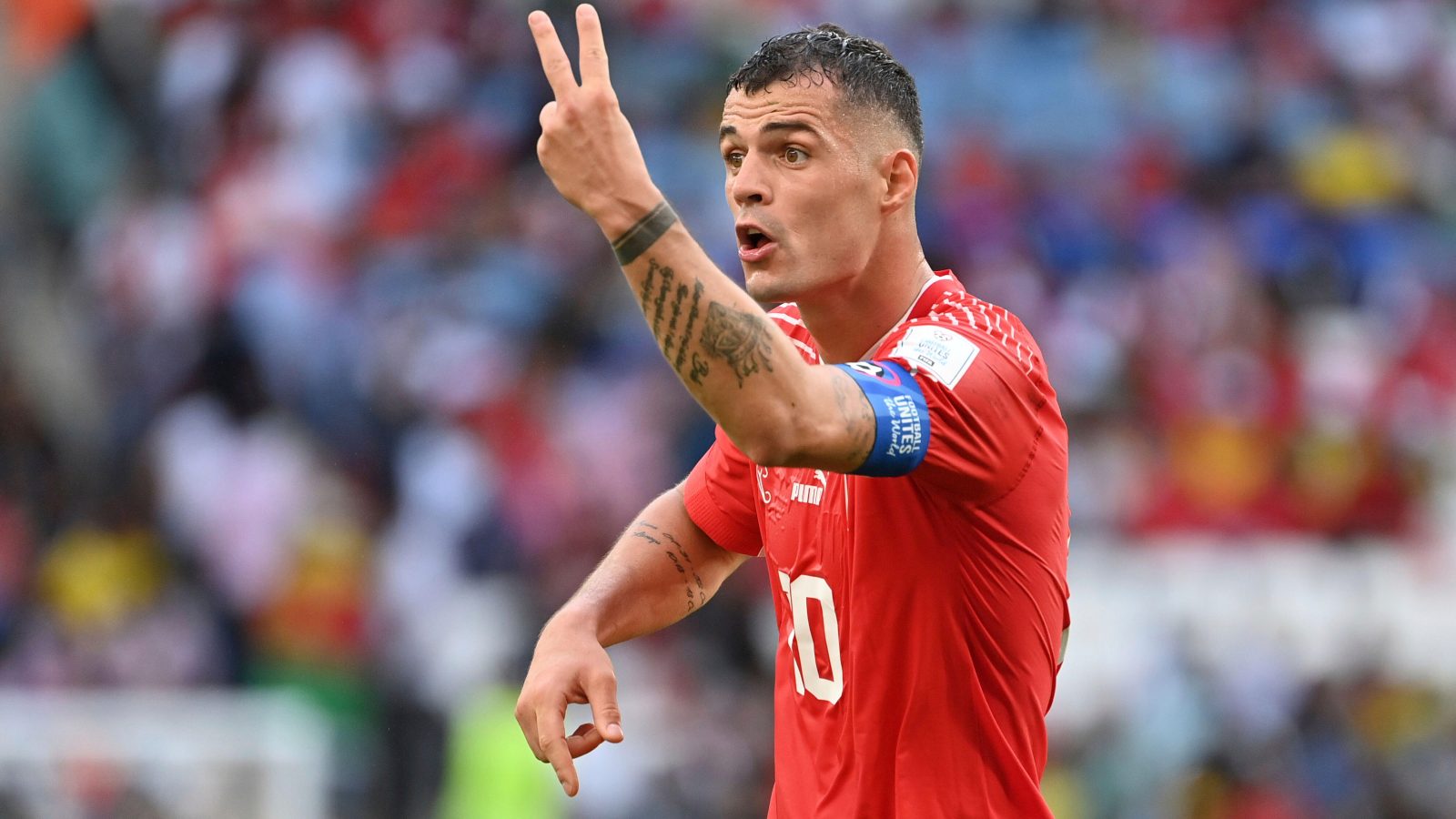 Both Brazil and Switzerland won their opening match at the World Cup and one of countries could secure their place in the second round with another win.

Xhaka will come face-to-face with Arsenal team-mates Jesus and Martinelli – who have had brilliant seasons for the Gunners – when the two countries clash at Stadium 974 in Group G.

And the Swiss midfielder has claimed Jesus and Martinelli were “worried” before the World Cup when told them he was going to “smash” them if necessary.

“We were joking before the World Cup to come here and of course, it is always good if you have team-mates opposite your, but we are professional footballers and for 90 minutes,” Xhaka said.

“I told Gabby Martinelli and Gabby Jesus if you are running one against one against our goalkeeper I will smash you!

“Of course, they were worried. They know me. If I smash you, it will be very very hard.”

Both Jesus and Martinelli have helped Arsenal to the top of the Premier League table and they came on as substitutes as Tite’s Brazil side beat Serbia 2-0.

On Jesus, Xhaka added: “Of course when you see him every day he makes a big big difference. The guy is unbelievable.

“First of all he is a lovely person, very humble and the quality he has is unbelievable.

“Of course, with Man City he was playing and sometimes not playing, you are not in this rhythm, but you can see with us he is making the difference and that is why we are where we are at the moment.

Breel Embolo scored the only goal of the game as Switzerland overcame Cameroon 1-0 in their opening fixture and Xhaka has explained why it was such a crucial three points.

Xhaka continued: “The first game is important. It gives you a lot of confidence. If you see the next two games, they will be more difficult than Cameroon, on paper.

“We enjoy the three points and now we are focused on Brazil. Of course we will have to be much more careful against Brazil than we were against Cameroon. If you lose the ball against Brazil you pay for it. They have great, great quality.”