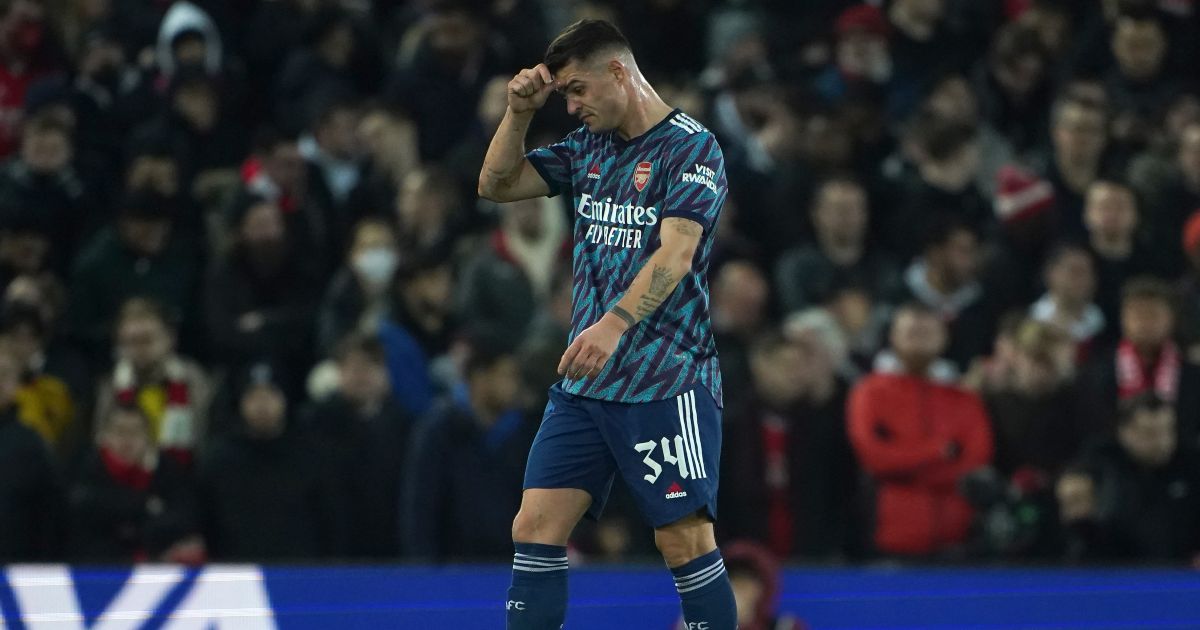 Granit Xhaka is prepared to leave Arsenal in the summer transfer window if Roma come back in for him, according to reports.

Jose Mourinho was keen to bring the Switzerland international to the Italian capital in the summer as he looked the rebuild his Roma squad but a deal couldn’t be agreed.

Xhaka then signed a new contract with Arsenal and has continued to play a big part for Mikel Arteta’s side.

However, his latest controversy, when he was sent off against Liverpool in the first-leg of their Carabao Cup semi-final clash, has seen some call for the club to move on from Xhaka.

It was rumoured in the January transfer window that Roma director Tiago Pinto was ‘hoping’ to sign Xhaka but their hopes were dashed when Arsenal failed to bring Juventus midfielder Arthur to the Emirates Stadium.

And now Football.London claim that the Serie A side are ‘expected to make a fresh attempt’ to sign Xhaka in the summer transfer window.

The report adds that there has been ‘no fresh contact between Roma and Xhaka’s representative, but the player is open to moving there if a deal can be thrashed out this summer.’

Mourinho is a ‘big admirer’ of Xhaka and he believes the Swiss midfielder can ‘add a mental toughness’ that his side are currently lacking, with the Portuguese coach recently accusing his team of having a “psychological complex”.

And four more players could be on their way out of north London in the summer with Ashley Maitland-Niles – who is already on loan at Roma – ‘could join the club permanently in the summer’.

Mohamed Elneny ‘is being targeted by several European clubs’ while the report adds that ‘Alexandre Lacazette and Eddie Nketiah [are] both set to depart’.

Meanwhile, Arsenal boss Arteta admits his aims for the rest of the season are “high” but “possible” as they head towards the run-in.

“We have the youngest squad in the league and that is not a coincidence, we planned to do something like that because we had to rebuild something as well that we believe in,” Arteta told the club’s official website last week.

“We have a squad full of enthusiasm and passion, but with the right amount of quality and experience as well, which I think is very much needed.

“So we are really looking forward to [the run-in], we know what the aim is at the end of the season, where we want to be: it’s high but it’s possible and we’re going to have a real go in the second half of the season to achieve it.”