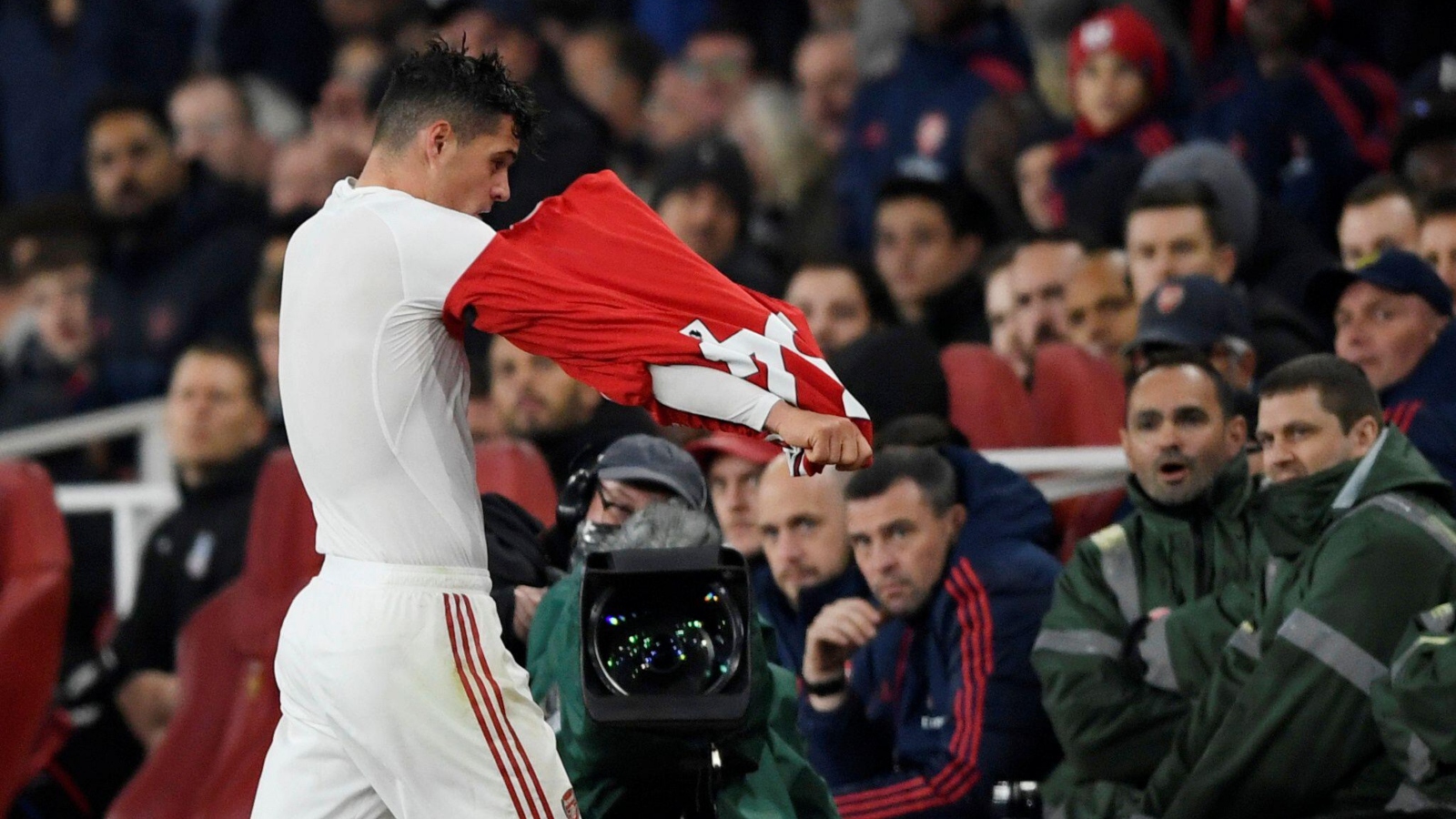 Granit Xhaka has a complex history with the captain’s armband at Arsenal – but now the Switzerland midfielder feels he has reconnected with the club’s fanbase he believes he can lead without it.

The 29-year-old was stripped of the captaincy by former head coach Unai Emery in October 2019 after swearing at supporters who were cheering his substitution during a Premier League draw with Crystal Palace, an incident which led to death threats aimed at the player and his family.

The issue was just one in a long list of problems for a string of Arsenal skippers, with the likes of Laurent Koscielny and Pierre-Emerick Aubameyang leaving the club under a cloud.

Xhaka has sported the armband since, including in Friday’s season-opening win at Palace, but only fleetingly when the regular captain is substituted.

Martin Odegaard was confirmed as Arsenal’s latest full-time captain on the eve of the new campaign but Xhaka feels he still has a role to play in leading the youngest squad in the top flight.

Xhaka’s influence on the Arsenal squad was surmised by Aaron Ramsdale, who has been impressed by what he has seen since moving to the Emirates Stadium last summer.

“He’s integral to our group, playing or not playing,” the England goalkeeper said.

“That comes from what’s happened here with having a few captains in the last few years. But then you’ve got the likes of Rob Holding, another who when he isn’t playing is someone everyone talks to. You’ve got leaders who just do it on the pitch.

“We’ve had a few arguments on the pitch, me and Granit, but a type of person who can be a great leader is someone who just forgets about it when you get in the changing room.”

Xhaka, who confirmed he is currently studying for his coaching badges, also has the respect of Arsenal boss Mikel Arteta.

“He is the reason why I’m still at this football club,” Xhaka said, reaffirming his position from last season.

“All of the club knows why I am still here, because three years ago I was gone. My suitcases were packed and finished, but I had a meeting with Mikel when he came – he wanted to hear my opinion about what had happened and I explained to him.

“I remember it exactly: I told him, ‘It has nothing to do with you’ because I didn’t know him and I never played with him. Obviously I knew his name but not the person and I said, ‘I’m gone, I can’t wear the shirt any more.’

“He said, ‘Give me a chance for six months and if you are still not happy after six months, I’m the guy who will help you – not to run away, but you can leave.’

For the most part, Xhaka has built bridges with the Arsenal supporters and he feels his fine goal against Manchester United last season – and a celebration which saw him blow kisses to the stands – helped heal those wounds.

“Absolutely this was maybe one of my greatest moments inside this football club,” he added.

“Of course everyone knows what happened three years ago. We are sitting here three years later and to give you this answer that this is one of the greatest moments, three years ago I would have said that this would never have happened.

“But of course I feel much more love from the fans. From my side as well trying to build something with them needs time for sure. But I have a feeling that we are in a good way.”