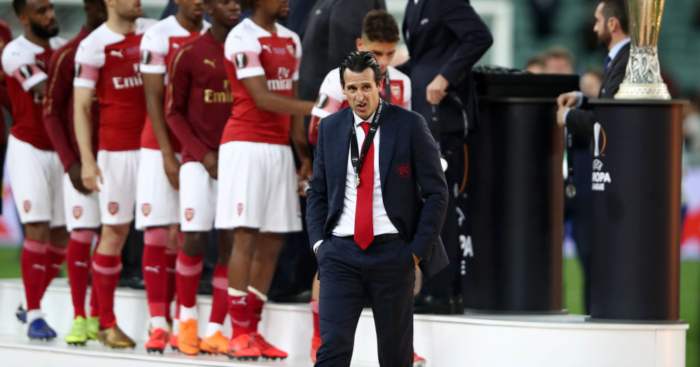 Granit Xhaka has revealed that Unai Emery remained silent in the aftermath of Arsenal’s Europa League final defeat to Chelsea on Wednesday night.

Having spent so many years in the Champions League under Arsene Wenger, the Gunners will have to prepare for a third-straight campaign away from European football’s top table.

A poor end to the season meant Arsenal stuttered home fifth in the Premier League, but the Europa League final in Baku offered them a second chance to qualify.

However, Eden Hazard’s brace complemented goals from Olivier Giroud and Pedro at the sparsely-filled Baku Olympic Stadium to make Alex Iwobi’s stunning strike a mere footnote in a 4-1 Chelsea win.

It was a galling end to Emery‘s first season in charge, leaving Arsenal facing another arduous season in the Europa League.

“Him (Emery), the players, nobody speaks in the dressing room,” Xhaka said.

When asked why Emery had remained silent, Xhaka added: “I don’t know. He was disappointed of course.

“You can say a lot now but it is not the time to explain why and what happens. I think it was a big chance for us and we don’t take it.”