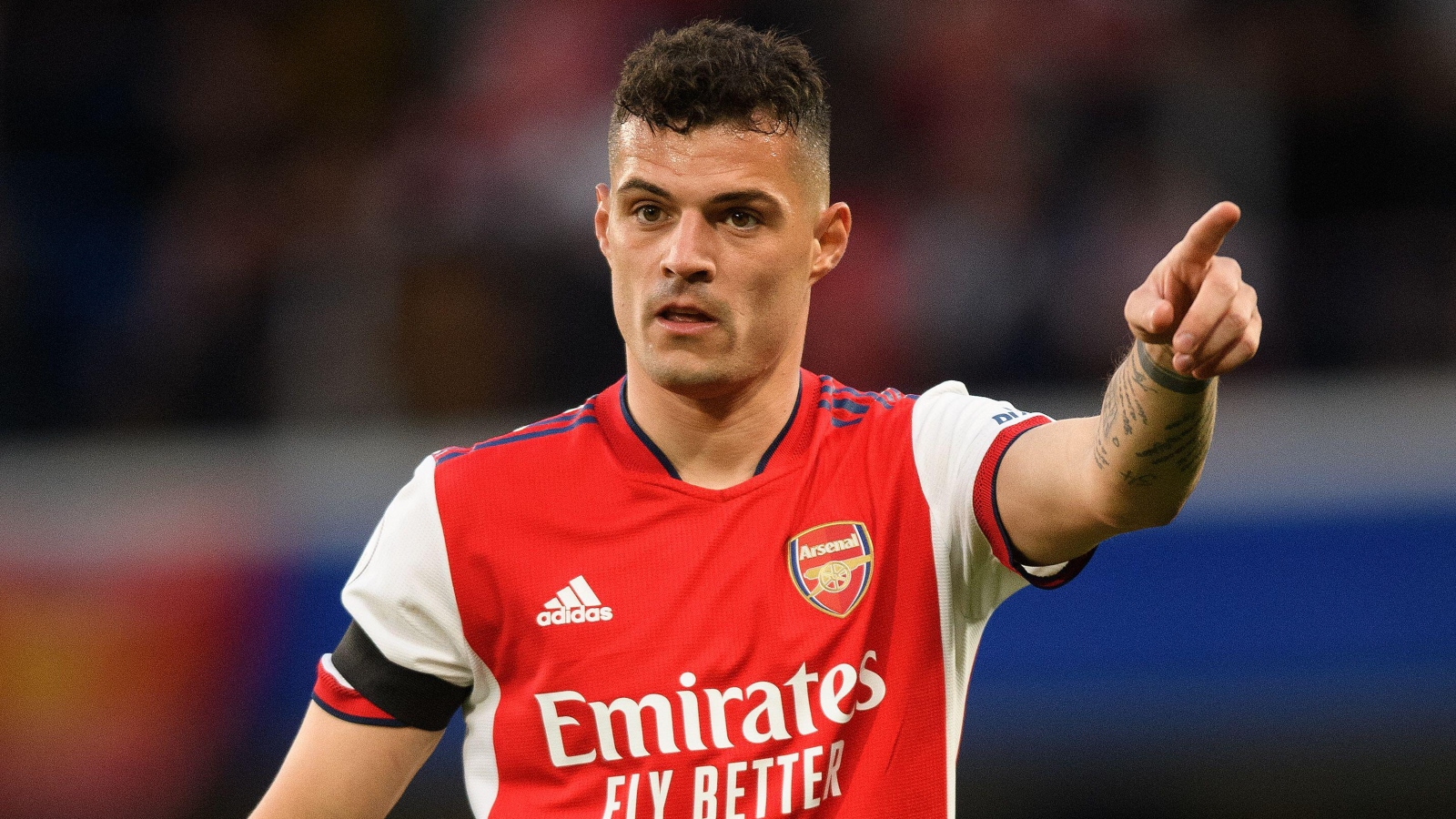 Arsenal midfielder Granit Xhaka has opened up on the role Mikel Arteta had in keeping him at the club last summer.

The Switzerland international has not always been a fan favourite at the Emirates, but he did enjoy a stellar 2021/22 campaign.

Despite frequent criticism from fans and pundits, Xhaka has been a mainstay in the Arsenal starting XI under Arsene Wenger, Unai Emery and Mikel Arteta.

The 29-year-old has heaped praise on his current manager, Arteta, admitting that he is the reason he is still at the club.

“Without him [Arteta], I would not be here in this football club anymore,” Xhaka told ESPN. “He helped me a lot when I was completely down. He took me aside, helped me with small things, step by step, tactically, as a person, mentality, between the team and the club, tried to help me as well with the fans.

“He is a freak in a positive way. Tactically, he knows everything. How he prepares the team before training, before the games, is unbelievable. I had a lot of coaches, but I have to put Mikel as one of the top ones in my career.”

AS Roma were very keen on signing Xhaka last summer, and the Swiss midfielder has now revealed that a move to the Italian capital was “very close” when asked if the rumours were true.

🗣 Granit Xhaka says Mikel Arteta was pivotal in keeping him at Arsenal and away from Roma. [@iOkmm].

“It was something, yes. Very close. It didn’t happen because Mikel was the guy with Edu, they didn’t let me go because they wanted to keep me here. Of course, my first reaction was to stay at the football club, but they opened the door: ‘If something comes, I can leave.’

“I have to be honest as well. I don’t want to say a name now, but the door was open for me to leave the club as well. But in the end, people decided to keep me here.”

“That’s why age is only a number for me. As long as I am fit, as long as I can help the team, I will try to do everything. When the moment comes, I can’t do that, I am the first to say to the club: ‘I am not ready to do that.'”