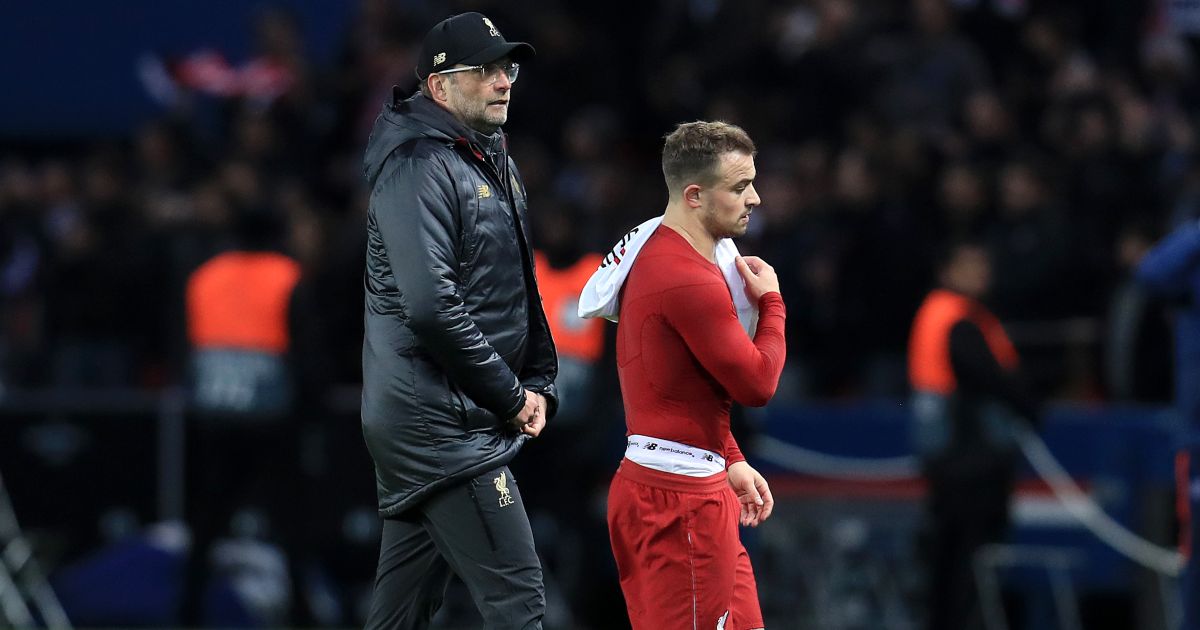 The Switzerland international left the Reds for Lyon in a deal worth around £9.5m in the summer transfer window after telling the club he wanted to leave.

Shaqiri struggled to become a regular started at Anfield with Roberto Firmino, Mo Salah and Sadio Mane playing most games for Liverpool.

He made 18 Premier League starts in three seasons with the Merseysiders, making 22 appearances in all competitions for Liverpool last term.

Despite not being a regular, Klopp saw Shaqiri as a useful player to have in reserve with the German delaying his departure from the club.

“I wanted to leave Liverpool sooner,” Shaqiri said (via Sport Witness). “But I wasn’t allowed to; the club wouldn’t let me go. The important thing for me is that I’m gone now. There were also offers from Spain and Italy.

“I was in contact with him (Klopp) by phone before that. When the time came, he texted me. He wished me luck in that and said that I was a good player and a good guy.

“We never had any problems with each other, and we had a very good relationship. But I just wanted a new challenge, that’s normal in football. Jürgen helped me in this regard.”

Speaking back in September after completing his move from Liverpool to Lyon, Shaqiri revealed the key ingredient that persuaded him to swap Anfield for the Ligue 1 giants.

On joining the French club, Shaqiri said: “I’m excited and very happy to be here. Peter Bosz loves possession (based) attacking football, he was one of the main reasons for me to come.”

The Swiss forward added: “I want to succeed and take them to a new level.

“With my experience and my level of game, I want to help this club regain its former glory. The objective is to win new trophies, put Lyon back where it was more than 10 years ago.

“It’s time to take this team back to where it belongs.”