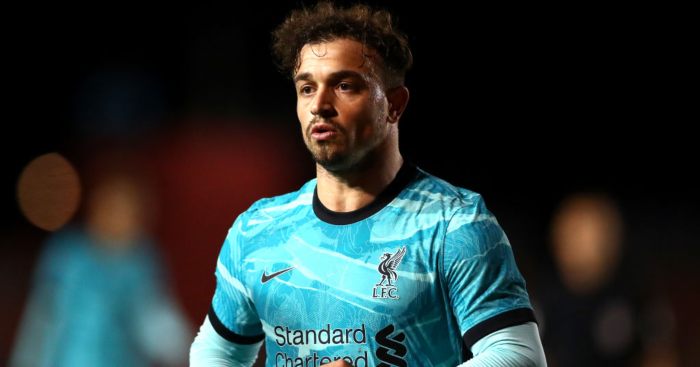 The 28-year-old had been self-isolating, along with team-mate Manuel Akanji, after testing positive for coronavirus ahead of Wednesday’s friendly defeat to Croatia.

However, having received medical reports from the latest round of tests the Swiss Football Association revealed Shaqiri had subsequently tested negative.

“On Thursday morning the Swiss Football Association received the written results of the Covid-19 tests of the national team, which had also been carried out the day before with all players and staff members,” said a statement.

“Only Manuel Akanji tested positive. All other results were negative, including that of Xherdan Shaqiri.

“Manuel Akanji is in isolation and continues to show no symptoms. Further medical investigations will take place.

“All other players and staff members of the national team are flying to Spain this afternoon, where the UEFA Nations League game against the group A leader will take place in Madrid on Saturday.

“After Xherdan Shaqiri’s negative Covid-19 test, the UEFA health committee must now decide on eligibility to play on Saturday.

“When this decision will be made is still unclear. Shaqiri is flying to Spain as planned.”