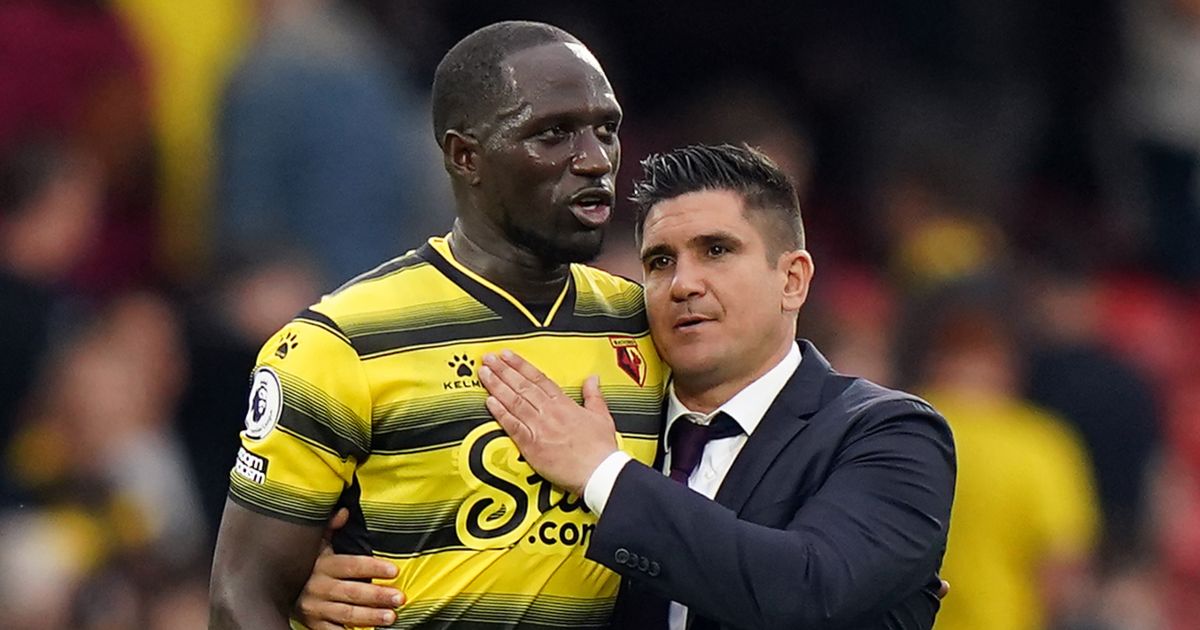 Watford manager Xisco Munoz has challenged his team to show their personality and character against Marcelo Bielsa’s Leeds on Saturday.

The 41-year-old will face the revered Argentinian tactician for the first time this weekend and while full of respect for the experienced boss, he is eager for his players to put their stamp on the fixture.

After winning two of their opening six matches on their Premier League return, the Hornets’ confidence is high and they face a Leeds side yet to register a first top-flight victory of the campaign.

“I know exactly what is the style of Marcelo and for sure we try to give a very good performance,” Xisco insisted.

“They have a different style and we know what we need to do for this game. We need to have a strong mentality and we need to be strong physically, so this is our challenge this week.

“I think we have an important time to improve and it’s the moment to build. We have to work hard against this style but we can do it if we show our personality and character.

“We know we are not perfect but I love my players because they are working very hard and they want to improve.”

Xisco’s side were involved in a back-and-forth encounter with Newcastle last time out and earned a 1-1 draw but both teams had chances to win the match late on at Vicarage Road.

Watford defender Craig Cathcart credited the half-time words of his manager as key to an improved second half display while the Spaniard also changed formation to provoke a response.

But Xisco played down his impact, adding: “Always we speak in the dressing room and also we have different situations so always we try to give solutions when we are in the break.

“We have one plan for the game and also we have plan B for the game and we did it. Sometimes we can be more consistent in our plan, sometimes not and we had to do it. I think the second half, we were more near our plan.”

Which of these strikes are you picking as our September 𝐆𝐨𝐚𝐥 𝐨𝐟 𝐭𝐡𝐞 𝐌𝐨𝐧𝐭𝐡? 🔥

Critics of Bielsa have already called on the 66-year-old to be more flexible with his tactics and pragmatic with Leeds losing by heavy scorelines to Manchester United and Liverpool this season.

Yet the former Argentina, Chile and Athletic Bilbao boss has shown throughout his distinguished career the ability to achieve success greater than the sum of his parts with aggressive pressing and overloading of areas on the pitch key characteristics of his teams.

While Xisco met the maverick coach earlier in the summer, this will be his first battle against a Bielsa side and he knows the key to a positive result.

“With Marcelo, I saw him the last time we were in the meeting with the Premier League and we know about him because he is a big manager in the world,” he said.

“Marcelo was in Spain and he was also with national teams, so I knew about him then.

“We know what is his style and he has a very particular style. It is different to maybe another game but believe me now is the moment for us to stay with a strong mentality and to give a consistent performance. We need to stay aggressive in attack and concentrated in defence.”