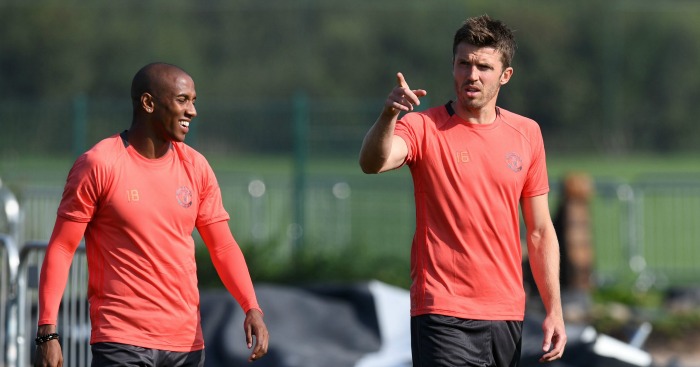 There’s a lot of money being shovelled the way of players who are not actually, you know, playing much…

Apparently Niasse had offers to return to Russia this summer but the moves were vetoed by his wife, who has recently given birth to their child. The good news for Mrs Niasse is that Daddy is available to more than pull his considerable weight with the childcare.

Mathieu Debuchy – collecting a reported £70k a week at Arsenal
Yes, there are players on bigger wages at Arsenal but Theo Walcott is at least playing football for his 100k a week now he has decided he is a winger again; Debuchy is the back-up right-back who has zero chance of getting past Hector Bellerin to play anything other than domestic cup games and the occasional European dead rubber. To be fair to the Frenchman, he would reportedly love to leave the Emirates but a combination of prohibitive wages (to French clubs) and a niggling calf injury conspire to keep him at the club.

The last time he played for Arsenal? November 24, 2015. And a pretty solid eight minutes against Dinamo Zagreb it was too.

Pedro – collecting a reported £100k a week at Chelsea
Remember when it looked like Manchester United had dropped a massive b***ock by failing to sign Pedro? Now, when Antonio Conte wants more pace – as he did against Swansea on Sunday when Chelsea were 2-1 down – he turns to the bench and tells Victor Moses to get stripped off. Victor. Moses. Cesc Fabregas might be on double the money but at least he has a fan club campaigning for him to start over Nemanja Matic; almost nobody has said ‘shouldn’t we be giving Pedro a chance?’.

To be fair he did get a chance against Watford. The result? No shots, no key passes, no accurate crosses, one dribble, one substitution after 70 minutes. £100,000 please.

Ashley Young – collecting a reported £130k a week at Manchester United
Obviously that’s a pittance in comparison with Bastian Schweinsteiger’s £200,000 but the German has at least won 17 World Cups, 12 Champions Leagues and 47 Bundesligas. Young’s new contract last summer was indicative of where Manchester United stood at that time as a club – happily rewarding mediocrity. But now Jose Mourinho has his eyes on the Premier League title and a player who has so far played not one minute of football this season in his squad.

Third or fourth choice in three or four positions (including striker?), Young is the anathema of Mourinho’s vision of a squad of specialists. Still, he will doubtless play against Northampton in the League Cup and ‘do a job’. For a sheadload of money.

Meanwhile………… Ashley Young has collected £520,000 since the first game of the season.

Yaya Toure – collecting a reported £240k a week at Manchester City
Football365’s Player of the Season for 2013/14 has become a ‘money for old roper’ in 2016. And what a lot of money for very little actual rope. Yet to make a squad for a Premier League game under Pep Guardiola, his only action of the season so far was in an already-won Champions League qualifier against Steaua Bucharest. And right now it’s difficult to make a case for Guardiola being wrong, with David Silva making an unlikely but industrious central midfielder in his stead.

Guardiola might regret not using Yaya Toure against United's midfield of Pogba and Fellaini https://t.co/flBuhqf7BU pic.twitter.com/NmTO3Nokys