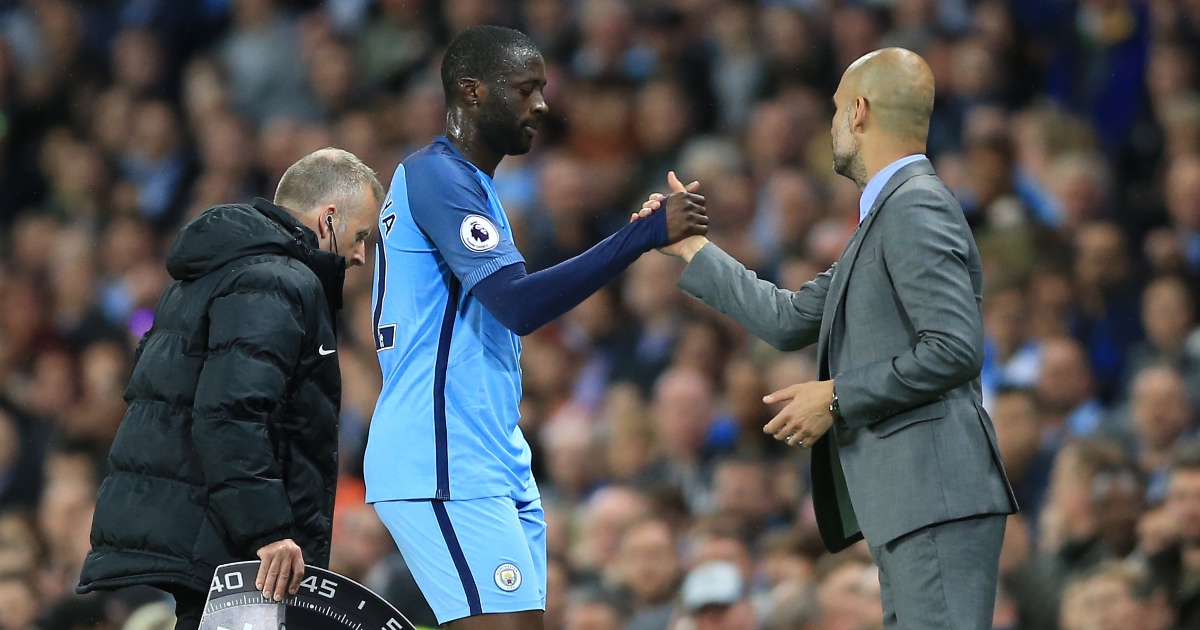 Manchester City legend Yaya Toure has issued a formal apology to former boss Pep Guardiola over comments he made in 2018.

When speaking with France Football, the former midfielder said Guardiola ‘has problems with Africans wherever he goes’.

Toure has now revealed that he’s sent an apology to Guardiola and deeply regrets what he said in the interview.

Here’s what the Ivorian, capped 97 times by his country, originally said: “[Guardiola] insists he has no problems with black players, because he is too intelligent to be caught out.

“But when you realise that he has problems with Africans, wherever he goes, I ask myself questions. He will never admit it. But the day he will line up a team in which we find five Africans, not naturalised, I promise I will send him a cake.”

Speaking about his comments with The Athletic, Toure said: “When something happens that is wrong and you make a mistake, or people use your name and use you to do some wrong stuff, you have to make it OK.

“We decided we would try to communicate with some important people at the club to apologise and say I’ve been indecent to the club.

“Since then, it has been a very, very long while waiting for an answer, but we don’t get it. And, of course, if he feels like that, I cannot do anything. Of course, I’ve been in touch with some people there. But the people at the top, it’s impossible.”

Toure joined City in 2010 for a £27million fee and went on to become a club legend at the Etihad.

He made over 300 appearances, scoring 79 goals. His best season came in 2013/14, when he bagged an incredible 20 goals from midfield in just 35 Premier League games.

Add to that his nine assists as City won the league title, and it’s clear to see why the fans love him so much.

Guardiola took over as City boss in February 2016. However, his relationship with Toure began to sour after the midfielder was dropped in a Champions League play-off game.

Toure left the club in June 2018. He played in Greece and China before retiring two years later.