Yaya Toure has questioned whether Manchester City should sack Pep Guardiola after his Champions League failure. 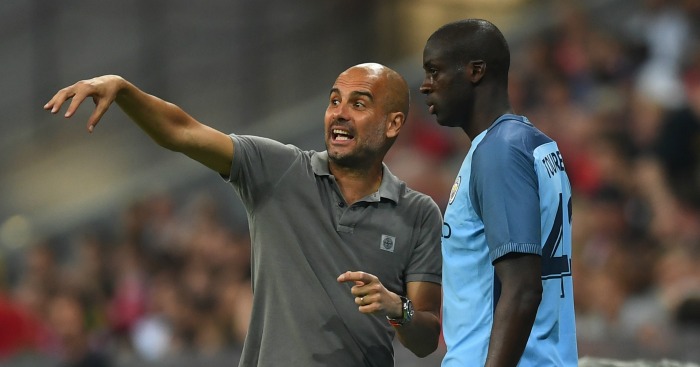 Yaya Toure has questioned whether Manchester City should sack Pep Guardiola after his Champions League failure.

The former City midfielder believes if Guardiola had missed out consistently at other clubs he would have been on the brink of the axe.

City were beaten 3-1 in the Champions League quarter-finals by Lyon last week, with Guardiola’s tactics coming under fire.

He has failed to make the last four since moving to the Etihad in 2016 and, despite two Premier League titles, Toure feels the Spaniard’s job would be under threat elsewhere.

“If this was Barcelona or maybe Real Madrid, for sure he’s going to be in trouble,” Toure, who played for Guardiola for two years, told the Daily Mail. “It’s down to the board and what they’re going to decide to do with him.

“For me, he’s up there in the class of Jurgen Klopp and Zinedine Zidane but it’s up to the club. I know City: they can have whatever manager they want because everybody knows they have got the money to do it.

“People are finding a way to say he came just for the league — you cannot lie about that because the budget the club have been giving to him year after year, he needs to have the Champions League.”

Toure played 316 times for City after joining from Barcelona in 2010 and helped them end their 44-year wait for a top-flight title.

He won three Premier League crowns and insisted the pressure to win at City is intense.

“That’s the game,” the 37-year-old said. “Some important people in the club were calling me, saying I have to play; I have to deliver; we need to win the trophies; we have to do this.

“It was hard, week in week out when you’re playing with this pressure on your mind.”