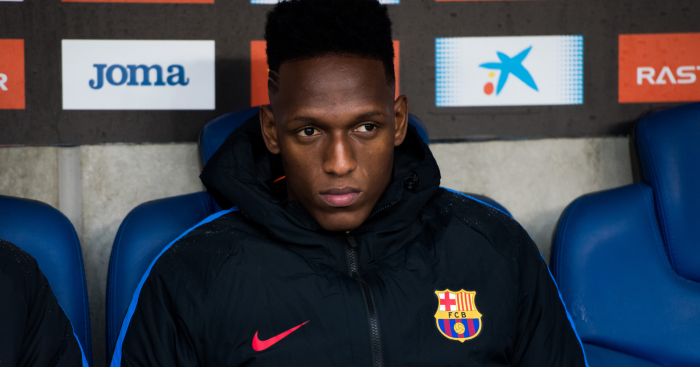 Everton are said to be closing in on a deal to sign Yerry Mina from Barcelona.

The Colombia defender has been linked with Man Utd and PSG since impressing at the World Cup but Everton have emerged as front-runners to sign the 23-year-old.

As the clock ticks down before the 5pm deadline, Sky Sports claims that Mina will undergo a medical with the Toffees while the two clubs negotiate an agreement.

Everton are also reported to be talking to Barca about a loan move for Andre Gomes, while Lucas Digne has already made the move from the Nou Camp to Goodison Park.