Home All The News Lawyer: It’s ‘shocking’ that Maguire has not apologised 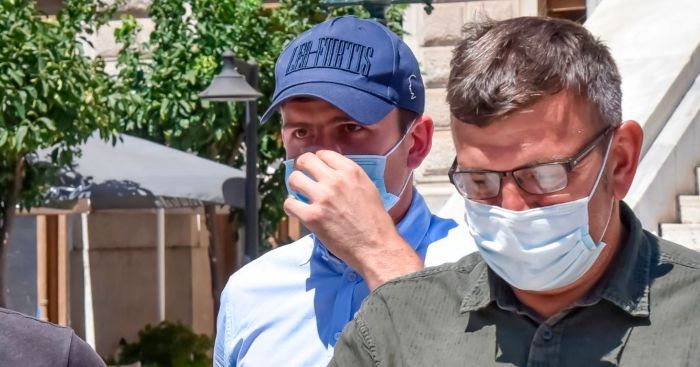 The lawyer who represented two police officers in the Harry Maguire assault case says it is “shocking” that there has been no apology from the Manchester United captain and his co-defendants.

Maguire, along with his brother Joe and their friend Christopher Sharman, were found guilty of assaulting a police officer, swearing, resisting arrest and attempted bribery at a court on the Greek island of Syros on Tuesday. He was handed a suspended 21-month prison sentence.

The 27-year-old England defender quickly indicated his intention to appeal, releasing a statement saying he and his family and friends were the victims in this case.

Dr Yoannis Paradissis says an apology would, in Greek law, make a big difference in any appeals process but insisted none had been offered.

“(The police officers) told me they are still waiting for an apology and they haven’t had any,” Paradissis told BBC Radio Four’s Today programme.

“This is what I find quite shocking and quite unsporting. Fair play means when I’ve done something wrong I apologise or at least I say I am sorry for what happened to the other person.”

Paradissis said an appeal would start the trial afresh but that in Greek law some of the accusations could be withdrawn if an apology was given and that “the outcome might be different”.

The impact of Maguire’s conviction is already being felt, with England manager Gareth Southgate withdrawing him from the squad for the Nations League matches against Iceland and Denmark next month having initially selected him.

Harry Maguire is set to meet senior Manchester United officials to discuss the future of the club captaincy, after being found guilty of three charges by a Greek court.

Asked about Maguire’s claim that he was the victim, Paradissis said: “We don’t have the same definition of what a victim is then, because how can you be a victim and the policemen have been assaulted, hit, that were just doing their jobs?

“They went home on the day with injuries. How can they not be a victim?”

The incident involving Maguire took place on Mykonos, part of the same Cyclades island group as Syros, in the early hours of last Friday.

Maguire signed a boot deal with Puma worth a reported £700,000 a year last year.

The sportswear manufacturer declined to comment on whether Maguire’s conviction would have any impact on the deal when contacted by the PA news agency on Wednesday morning.

Part of Maguire’s defence centred on the fact that his sister Daisy had been injected with an unknown substance prior to the incident.

Paradissis said this was “irrelevant” in respect of the assault on the officers and said it was “strange” that Maguire’s sister had not mentioned this when she was interviewed by police.

Asked whether Maguire and his co-defendants would have known the officers were police, Paradissis said: “Of course, because that’s the first thing they said. The police officers were there for other duties and they heard a brawl.

“So they heard some people fighting and went there to break up a fight. They said ‘We’re police, stop fighting’. They were not in uniform but they showed their professional IDs.”