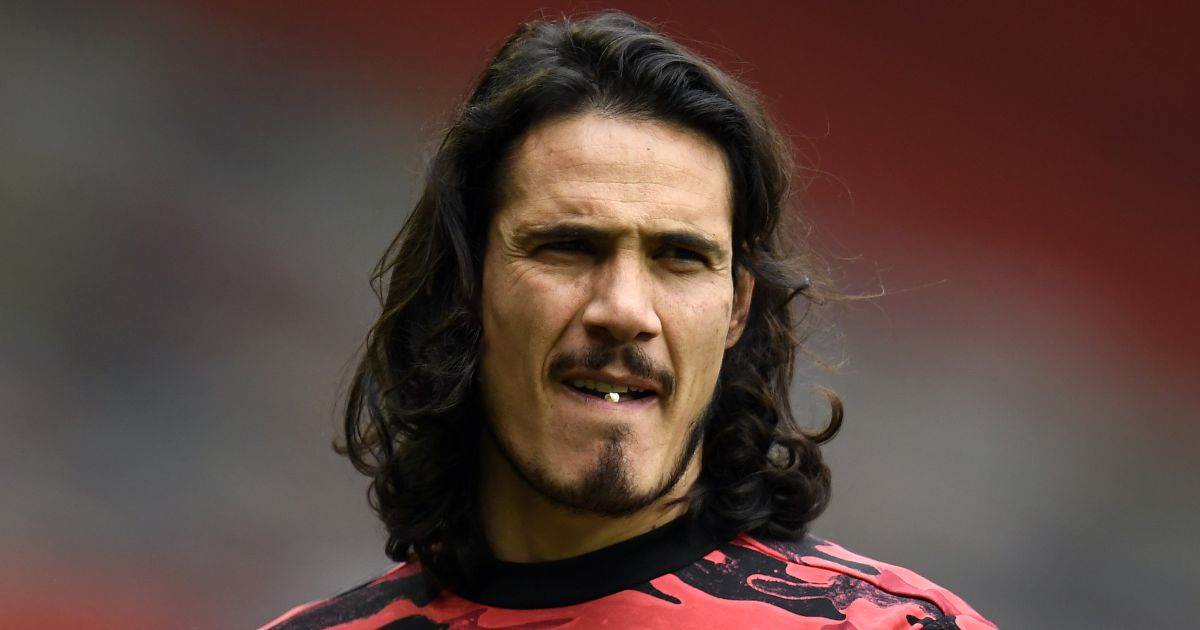 Dwight Yorke thinks Edinson Cavani’s new deal at Man Utd could “hamper” their attempts to bring in another striker.

The Red Devils finally confirmed the Uruguayan’s contract extension on Monday after months linking the 34-year-old with a move to Boca Juniors.

There’s speculation that Man Utd will use the money saved on a new striker to make sure they land Jadon Sancho in the summer despite links to Tottenham’s Harry Kane and Borussia Dortmund’s Erling Haaland.

MEDIAWATCH: The Sun are advertising Harry Kane once again…

And former Man Utd striker Yorke thinks it was right to reward Cavani with a further year at Old Trafford but he’s worried about the club’s transfer business.

Yorke told talkSPORT: “I dont think a lot of people expected Cavani to do as well as he has done, and I think Man United and Ole are delighted with what he’s contributed so far.

“When you do well you should be rewarded, and he’s been rewarded with this new contract. But my problem with it is, does it really hamper bringing in a younger version of a No.9?

“It’s paramount we win the Premier League title next season, and is Cavani really going to take us over the line? That’s probably the one stumbling block.

“Ole has been in that job for three years, he’s really cemented himself in that manager role now, he’s got the lads playing how Manchester United play, he’s got us to four semi-finals and now a final, so can he get us over the line and really step up? That’s the challenge he’s got.

“I hope the Cavani signing, although he’s been great for us, doesn’t hamper us getting in the players we need.

“I think we need another two players to really get us over the line in terms of challenging for the Premier League title next season.”

On signing his new deal, Cavani told the club’s official website: “Over the season I have developed a great affection for the club and everything that it represents.