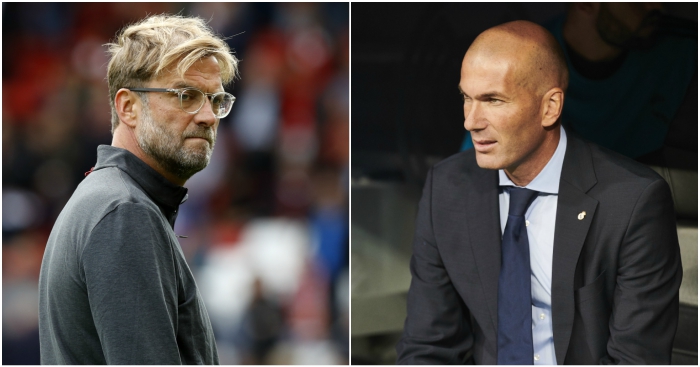 ‘Chelsea have landed a £67million jackpot for rebel hitman Diego Costa’ – The Sun.

‘The Blues have agreed to sell the Spain international for almost £55m, with £5m in add-ons’ – Daily Mail.

So that’s a £10m ballpark? Cheers for clearing that up.

Suited and booted
Phil Neville delivered his view on the Costa sale to Sky Sports on Thursday evening.

“I would rather have Costa than Morata in my team at this moment in time, to be honest with you,” Neville said. “I think he is better suited to the English game.”

That will happen with a three-year headstart. And it’s not like Morata is struggling – he has scored three goals and assisted two more in five games.

Diego, woah
Most would agree that selling Costa for anything upwards of £57m is incredible business from Chelsea, who signed the striker for £34m in 2014 and no longer wanted him. But Andrew Dillon goes a step further in The Sun. He brands Costa a ‘fat lad’, a ‘proverbial pup’ and a ‘dud’.

Mirror, Mirror
Jim Boardman makes a number of fair points in his defence of Jurgen Klopp for the Daily Mirror. He admits that Liverpool’s recent form is ‘not a great run by any stretch of the imagination’, but wonders whether the manager should be coming in for so much criticism of late.

It is a well-written piece, but the headline does him absolutely no favours.

‘Nobody is writing Zinedine Zidane and Real Madrid off – so why are questions being asked about Jurgen Klopp?’

Because Zidane won La Liga and the Champions League four months ago to crown his first full season in football management?

It takes Boardman until the 23nd paragraph to even mention Real Madrid and Zidane.

‘Is anyone going to write Real Madrid off this early in the season?’ he asks. ‘Yes, Zinedine Zidane’s position is probably already in doubt but that’s because of the bonkers world of Real Madrid, not because their season is already over.’

And that is literally the only mention of either Real or their manager. One paragraph in a piece that totals over 1,000 words. Still, that’s clearly enough to warrant a headline based around it.

‘Pochettino has yet to win a major honour during his time as a manager at Espanyol, Southampton and Spurs,’ Cross writes.

‘And this is always the argument against a man who is clearly one of the best managers of his generation. People in the game think he is fantastic in every aspect of his job. But what has he won?

‘And would a club like Real Madrid, Barcelona or Paris Saint-Germain hire a coach who has never won a major trophy in his career?’

‘It is wrong to be dismissive of the domestic cup competitions.’

Here is what Pochettino said on Monday:

“The project here at Tottenham is to try to win the Premier League or the Champions League. For me, that is the two big trophies.

“OK, I would love to win the Carabao Cup or the FA Cup for our fans, but Tottenham must build a project with the possibility to fight for Champions League or Premier League.

“Of course I would like to win trophies, but first of all we’ll fight for the Premier League or the Champions League.”

That sounds more sensible than “dismissive”. Show Mediawatch an elite manager who does not value the Premier League and Champions League over either domestic cup competition, and we shall present to you a liar of the finest order.

Crossed wires
At least Cross can rely on his solid Twitter game.

He's lifted the lid here in his most revealing interview ever https://t.co/S1c3LVVLLh

Quotes from Diego Costa within:

“There’s nothing of the sort there, I’m not upset with anybody. I have no bitterness towards anyone. Everything is cool. Everybody knows how much I love the fans.”

Doff your cap
Writes Martin Blackburn in The Sun:

‘Pep Guardiola put his thinking cap on in training – and he wasn’t the only one at Manchester City.

‘Mind you, his beanie boys hardly look lukewarm out on the pitch after racking up five straight wins and NINETEEN goals.

‘But you still wouldn’t bet against a Sergio Aguero HAT-trick when they host Crystal Palace tomorrow.’

They wore hats in training. It’s late September. It is cold.

‘FIFA, in their wisdom, have chosen to stage their Best awards at the London Palladium, just when English football is at such a low ebb that Harry Kane is the country’s only representative in the 55-strong shortlist for the Best Eleven – to be announced on October 23.’

They probably don’t decide based on which country most of the nominees are from. In fact, considering it was held in Zurich last year, they definitely don’t.

On the same page
Elsewhere, Sale looks to help clear up the utter mess the FA have left themselves in over Mark Sampson.

‘The FA board meeting last Friday gave unanimous backing to chief executive Martin Glenn over his handling of the Sampson affair. And even after what has emerged since, the directors are calling it a yellow card for Glenn rather than a red one.’

One page further into Friday’s copy of the Daily Mail, and Martin Samuel has upgraded that yellow card to a red.

‘The FA were handed an abuse case and failed to recognise it. That is the bottom line. That is why no amount of reactive justice, mitigation and further investigation may be able to save chief executive Martin Glenn and others in the organisation.’

Fancy Dan
Dan Roan, sports editor at the BBC, has taken an in-depth look into the Sampson fiasco. He poses five questions to the FA, but not before describing the handling of the situation as ‘the worst many can recall’. His next paragraph reads:

‘Regardless of the sensitivities and complexities surrounding the England women manager’s sacking – when reporters are given only two hours to reach Wembley for a crucial briefing with the chief executive and chairman, ensuring several of the most influential sports journalists in the country cannot attend – it suggests panic has set in.’

Yes, because those poor journalists are the real victims here.

Magic
In his Premier League predictions for Sky Sports, Paul Merson clearly had something to get off his chest.

“I have been disappointed in Stoke this season, the Newcastle game was a bad result,” he says. “But what really gets me is they lost 2-0 to Bristol City in the Carabao Cup. That’s a joke.

“Stoke aren’t going to challenge for the league and they aren’t getting relegated. It’s another mid-table season. So why not go for it in the cup? It was a shocker.”

Stoke made six changes to their starting line-up against Bristol City – only one Premier League side made fewer. Bristol City made nine. They probably did “go for it”; they just weren’t good enough.

Not so magic
Merson then moves on to covering Manchester City’s game with Crystal Palace. “This is Roy Hodgson’s sort of match,” he begins.

Alexis Sanchez doesn't seem fazed by playing 90 minutes against Doncaster as he poses with his dog https://t.co/S2XdAZ1lbh pic.twitter.com/fkPPEVtMnu

Man cares for pet despite playing full game of football against lower-league opponent over 24 hours earlier.

With thanks to Stephen Davies. If you see anything that belongs on these pages, send an email with ‘Mediawatch’ as the subject header to theeditor@football365.com.