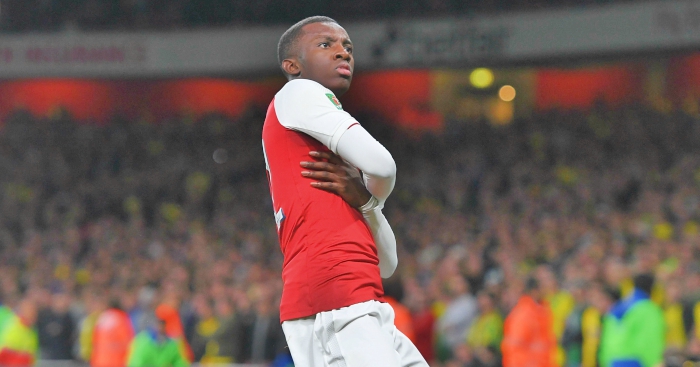 Arsenal’s EFL Cup hero Eddie Nketiah is set for a 650% pay rise at the club, according  to The Sun.

An exclusive from Mike McGrath claims that Arsenal will improve Nketiah’s wages from £2,000 a week to £15,000 a week. It doesn’t sound so much when you put it like that.

The 18-year-old striker burst onto the scene last week when coming off the bench against Norwich City. Arsenal were trailing 1-0, but Nketiah scored twice to win them the tie.

That has persuaded Arsene Wenger to offer him a new deal as a matter of priority, thought to be a five-year extension.

Nketiah joined Arsenal after being released by Chelsea at the age of 14.

The @EddieNketiah9's backstory – piece on the little goal getter who has grown on Arsenal and seized a second chance https://t.co/J2a7LYsIDH