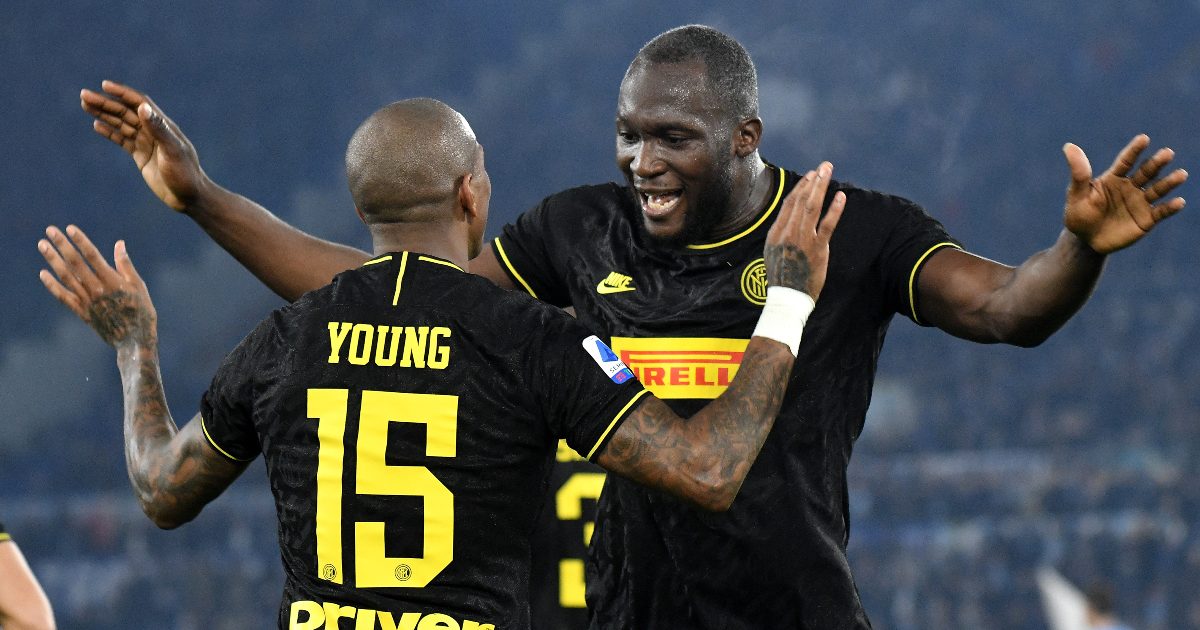 Ashley Young has suggested that he “could not understand” Manchester United’s decision to sell Romelu Lukaku to Inter Milan in 2019.

Lukaku scored 42 times from 96 appearances for Man United between 2017 and 2019. This included 27 goals in his debut season. Despite this, he received a lot of criticism during his time at the club.

Some claimed that the forward was overweight and that he did not work hard enough in a United shirt.

This led to his departure in 2019 as he joined Italian giants Inter Milan for €80m. His form has hit new heights since he made the move to Serie A.

The Belgian international netted 34 times in his debut season from his 51 outings across all competitions.

Lukaku has taken that form into this season, as he has grabbed 27 goals from his 41 appearances.

Inter Milan are managed by former Chelsea boss Antonio Conte and this season they have won the league title for the first time since 2010. In doing so, this ends Juventus’ stretch of nine straight years winning Serie A.

Lukaku has been joined at Milan with former Man United teammates Young and Alexis Sanchez. All three were criticised during their time at Old Trafford but their stock has risen since they signed for Inter Milan.

After leaving United, Lukaku claimed that he had been made a scapegoat because of their disappointing performances in the Premier League and cup competitions.

As cited by the Daily Mail, Young told Sky Sports that Lukaku has “proved a lot of people wrong” at Inter:

“I said it at the time, I couldn’t understand the decision (to sell Lukaku),” Young said. “Whether it was made quickly or not, Romelu has proved a lot of people wrong.

“He’s worked unbelievably hard. There was talk that he was overweight and couldn’t do this or that. He’s smashed records and made history in Italy, he’s been unbelievable for the club.

“For me he was fantastic even in the Premier League. To go out there and face another challenge, I think it was the right choice for him. He deserves all the plaudits he is getting.”