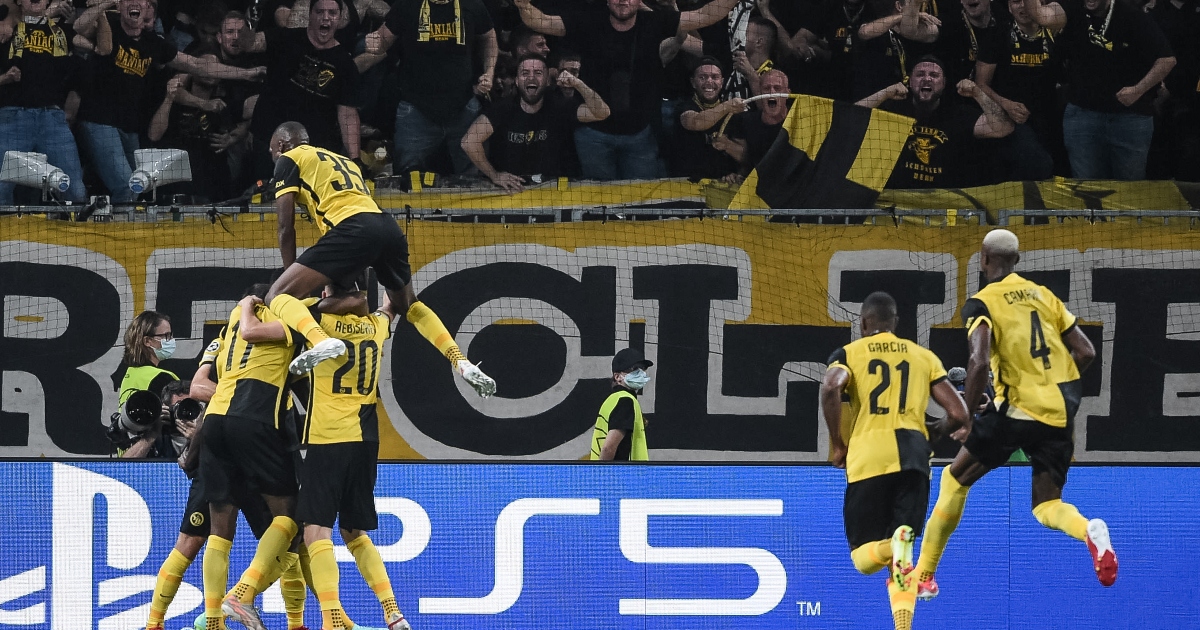 The atmosphere cranked up as kick-off approached at the rocking Stadion Wankdorf, where Meschack Elia looked lively during the opening stages and struck wide.

Their confident start was cancelled out as Fred cut out a pass and started a counter-attack, with Fernandes sending over a superb cross from the left with the outside of his boot to Cristiano Ronaldo, whose effort squeezed through David Von Ballmoos’ legs.

David De Gea then produced a strong save to deny impressive Christian Fassnacht midway through the first half, with United breaking swiftly as opposite number Von Ballmoos thwarted Ronaldo.

Michel Aebischer missed the target against a United side whose tricky-looking evening was made even tougher 10 minutes before half-time.

Attempting to win the ball back after an initial heavy touch, Wan-Bissaka only succeeded in leaving his studs in Martins Pereira’s ankle. Referee Francois Letexier showed the right-back a straight red card.

Solskjaer replaced Jadon Sancho with Diogo Dalot in an attempt to bring balance to a defence that was breathing a sigh of relief when Fassnacht fizzed wide.

Vincent Sierro had a hopeful attempt before half-time gave the visitors a chance to regroup, with Raphael Varane introduced as United went to a back five.

The visitors sat back and soaked up pressure but looked set to double their advantage in the 54th minute, when Ronaldo raced through and went down under pressure from Mohamed Ali Camara. No penalty was awarded to the forward’s chagrin.

It was a rare voyage forwards in a shocking second-half display by United, who were facing wave after wave of attack without a coherent out ball.

Varane was booked for time-wasting as whistles echoed around a ground where frustration turned to elation in the 66th minute.

Having burst forward and helped the ball on its way out wide, Moumi Ngamaleu continued into the box and directed a cross past De Gea.

But the hosts continued to unsettle, with a break to deal with a pitch invader giving United some respite.

Ngamaleu struck across the face of goal as the clock wound down and De Gea looked to have secured the visitors a point when superbly stopping Sandro Lauper’s effort.

But Young Boys continued undeterred and found a winner in the fifth and final minute of stoppage time. Substitute Lingard played a brainless backpass that Theoson Siebatcheu lapped up and struck beyond De Gea.