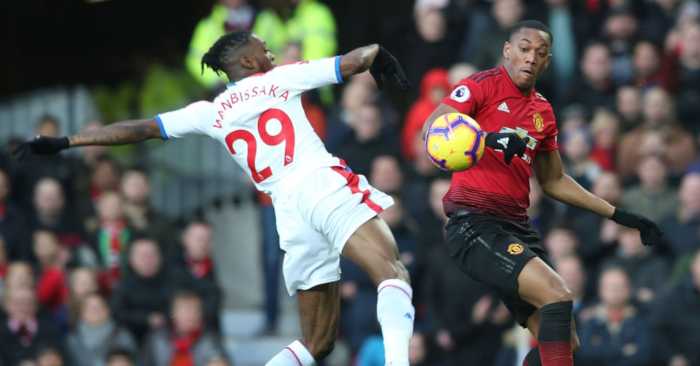 Now we’re not saying that Manchester United based their entire summer transfer strategy on WhoScored ratings, but a quick search of high-ranking outfield players under the age of 22 in the Premier League last season brings up a top eight of Trent Alexander-Arnold, Aaron Wan-Bissaka, Dwight McNeil, Marcus Rashford, Juan Foyth, Declan Rice, Sean Longstaff and David Brooks. Take out the players already at Champions League clubs, the player Manchester United already own and another they have already rejected, and you basically get a four-man shortlist of Old Trafford summer targets. Change your settings to the Championship and Daniel James was the highest-rated young attacking player not already owned by a Premier League club.

Of course, one of the richest clubs in the world are not basing their entire summer transfer strategy on another company’s algorithm – that would be ridiculous – but the synergy between their known targets and that list certainly indicates a hastily-thrown together policy of targeting young, British and buzzy players. Basically, if you were making headlines in the first six months of 2019, United are prepared to haggle slowly for your services before triumphantly paying exactly what your club demanded in the first place. It’s an incredibly old-fashioned idea – buying young, talented players from smaller clubs within the domestic game – but they say that everything eventually comes back into fashion again. Will it work? Who knows. Will it be fascinating? Hell yes.

It sums up the lack of transfer infrastructure at United that theirs is a list of targets that anybody with access to Premier League highlights and a Twitter feed could have written if they had sat down with a blank sheet of paper in early March, when things first began to go awry and it became clear that simply having a smiling, happy manager refusing to park in the boss’s space was not going to be enough. That’s not to say that the £50m signing of Wan-Bissaka will not be an excellent deal, or that Longstaff will not be an astute purchase at whatever exorbitant figure United eventually agree to pay, but this is transfer business by (pretty big) numbers. This is the inevitable result of switching both horses and tack mid-race; if you only decide in March on your transfer tactic for June, it will look like you just checked who was trending on Twitter.

Despite the hysteria of last week, United have now basically bought two players, which puts them ahead of every other elite Premier League club in terms of numbers. But there are other numbers too – £65m spent on two players with 42 Premier League appearances and four international caps between them. And it’s precisely that kind of callowness that has been deliberately targeted by United, buying players who could either form the basis of a winning United side over the next ten years or end their terrible record of buying players for their sell-on value and then selling them off for basically nothing.

Aaron Wan-Bissaka's transfer to Manchester United will be the most expensive deal in history for a player with fewer than 50 senior appearances.

The presumption is that this cannot actually be the entirety of their summer transfer strategy; players with so little experience cannot hope to turn around the fortunes of a struggling side. They should be bought to supplement squads, not to form the backbone of them. Any argument about the Class of 92 can be debunked on three fronts: The prices paid, the manager involved and the calibre of the players already at the club. The Class of 92 graduated into a team of leaders and winners; the class of 19 are being bought at great expense to play in a leaderless team that won just one of their last six Premier League matches last season. Chalk and cheese. Night and day. Apples and oranges.

So there has to be more, because ‘young and hungry’ should be a reason to donate to homeless charities, not the beginning, middle and end of the transfer policy of a massive club that ended the season 29 and 28 points behind their biggest rivals. The idea that a divided and worryingly indolent squad will be motivated by the arrival of unproven players is laughable. It’s not youth that United is missing – they already have eight first-teamers under the age of 25 – but something a whole lot less tangible.

“When I was playing you always had three groups – the guardians, the middle group and the younger ones,” said Gary Neville this week. “Manchester United doesn’t have the guardians now. Absolutely not, no.” So no guardians and no sign that any such guardians are being targeted. But what they do have is a list of excellent young players and the seemingly blind hope that a winning team will magically appear. It’s an old-fashioned tactic for a very modern squad.