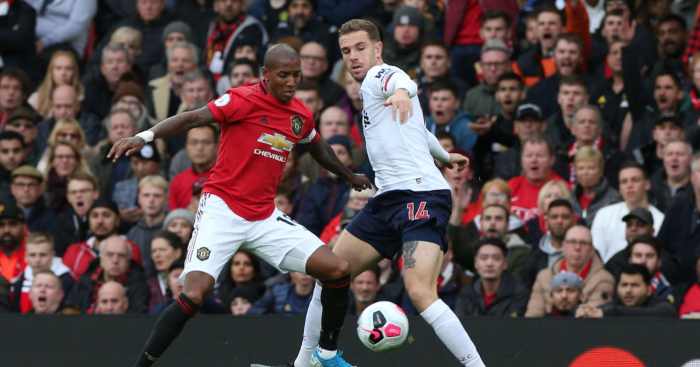 Ashley Young has explained why he turned down the chance to sign for Liverpool and Manchester City to join Manchester United.

Young has won five trophies at Old Trafford since moving to Man Utd, including the Premier League and Europa League – but he admits his path could have been different.

“My agent called me and said: ‘Listen, you’re going into the last year of your contract (at Villa), there are a few teams that are in for you'”, Young recalled to the club’s UTD Podcast.

“He said Liverpool. We’d already spoken to City. Then he said United had come in. And I said: ‘When am I meeting Sir Alex (Ferguson)? Where’s the pen?’ There was no other place I wanted to go.

“The history of the club, the players that were here, what they’d achieved. For me, that was the place I wanted to be. I wanted to go there and put my marker down on this club and play for the biggest club, for me, in the world. As soon as my agent said that… we didn’t even meet Liverpool!”